Sebastien Loeb has admitted that he ‘cannot do more’ to beat Toyota’s Nasser Al-Attiyah to a maiden Dakar Rally win as the event enters its final two days.

Prodrive/Bahrain driver Loeb faces a daunting 32m40s deficit to Al-Attiyah heading into the penultimate stage near Bisha on Thursday, leaving him with a very slim chance of adding a Dakar win to his nine titles in the World Rally Championship.

Loeb has been on the back foot ever since he dropped more than half an hour with a mechanical issue in Stage 3, with navigational issues three stages later leaving him 50 minutes adrift of Al-Attiyah at the halfway point of the rally.

While he has since clawed back some of the time with a run of strong performances, including a second stage victory on Sunday, time is running out for the 47-year-old to make significant inroads into Al-Attiyah’s advantage.

Loeb could only make up 1m35s on his rival in Wednesday’s 10th stage from Wadi Ad Dawasir and Bisha, as he ended up only fifth-fastest and two places behind Prodrive teammate Orlando Terranova.

With just 510km of competitive running left across the final two stages on Thursday and Friday, the Frenchman has conceded that he will not be able to overcome Al-Attiyah’s lead at his current pace.

“We cannot try more than what we are doing now,” admitted Loeb. “We are pushing at the maximum all the stages trying our best and the gap is too big. So it's like this.

“We will continue to push tomorrow and the last day and we will see at the end where we are. But we gotta do much more than that, the gap is too big.” 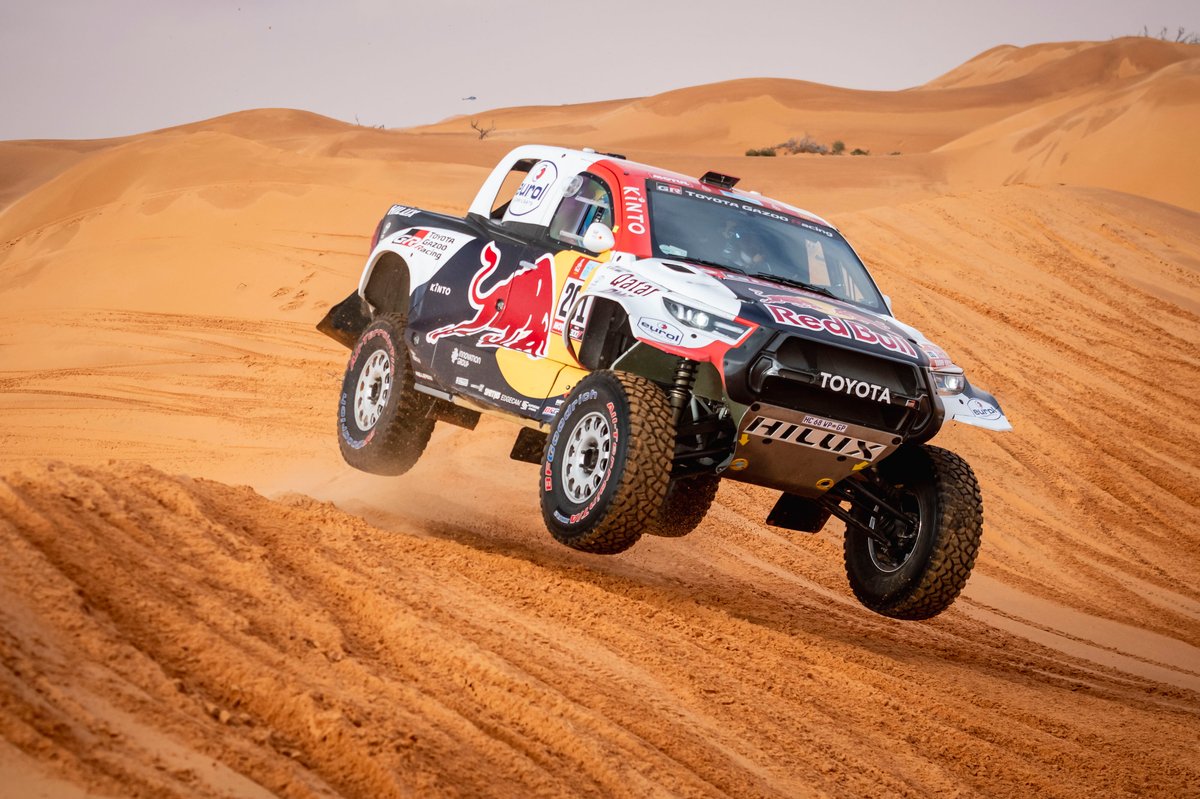 Al-Attiyah has been leading the rally since the Prologue on New Year’s Day despite winning just two stages - the same tally as his chief rival Loeb.

The Qatari driver revealed that his strategy on Wednesday was to cruise through the stage, aware that he had a healthy buffer in the overall standings.

“I said I don't want to have any risk or any push, just I need to have a good pace, doesn't matter if I lose two or three minutes, but to lose only a minute and 35 seconds to Seb is a good job,” he said.

“Today there were no punctures, no issues with the car, navigation was good with Matthieu [Baumel]. Tomorrow it's a good road position for us and we are quite happy.

“In general, we did a good job, it doesn't matter to win every day [or not]. Last year we won seven stages but we finished second. This year we won two stages and we are leading. This is a nice feeling.”

Victory on Friday would make Al-Attiyah a four-time Dakar champion following his previous triumphs in 2011 (Volkswagen), 2015 (Mini) and 2019 (Toyota).