KTM team manager Jordi Viladoms says that the end of the Austrian manufacturer's Dakar Rally winning streak will mean any future success will be "valued more".

Last year's inaugural running of the Dakar in Saudi Arabia marked the first time KTM had been defeated in the motorcycle category since 2000, as Honda man Ricky Brabec's victory put an end to the Mattighofen firm's streak of 18 consecutive wins.

However, Viladoms believes that such a massive run of success had the effect of making KTM's success appear easy to outsiders, something he says will no longer be the case.

"After losing the winning streak, it is something that, if I see with perspective, was positive," Viladoms told Motorsport.com. "Because when we win again, it will be valued more.

"It seemed that [winning] was an easy thing and it was never easy. They always made it very difficult for us and in the end last year they succeeded. It has been a good injection of motivation. This has made us stronger, no doubt."

KTM heads into the 2021 edition of the Dakar with a familiar main factory line-up comprising three past winners of the event: Toby Price, Mathias Walkner and Sam Sunderland. 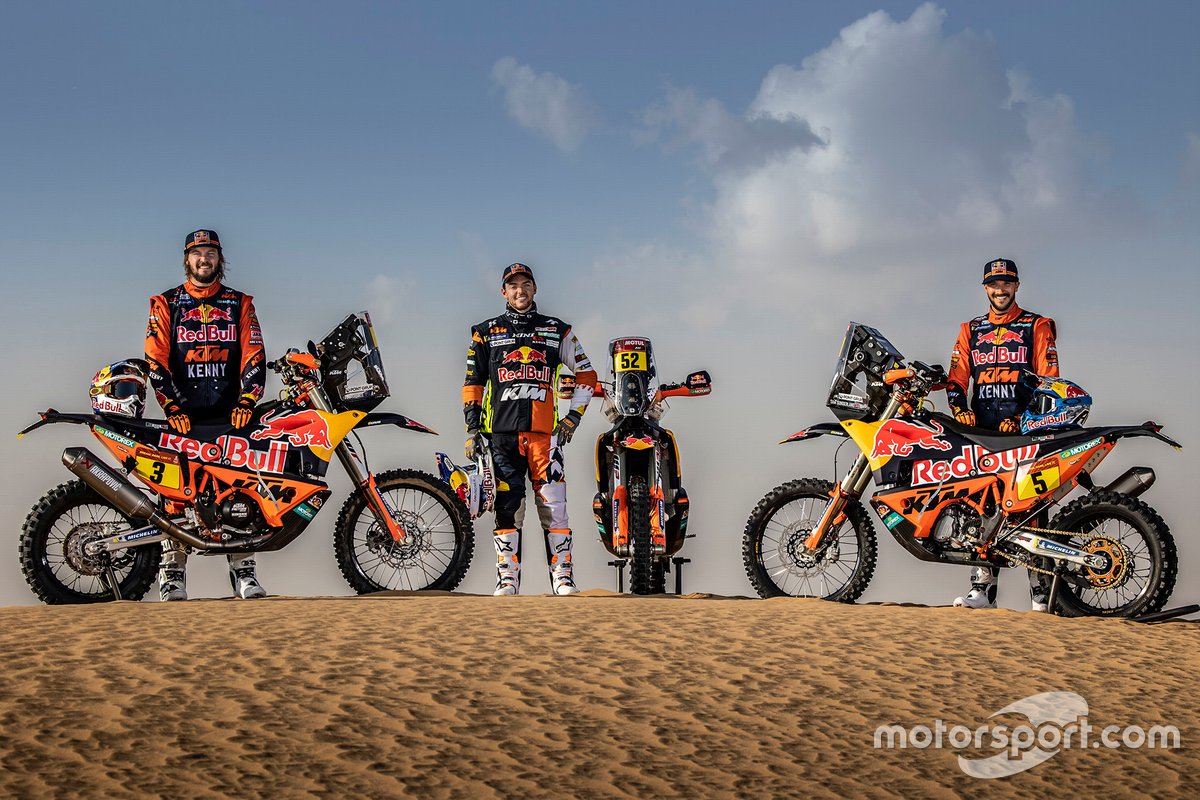 Luciano Benavides meanwhile has transferred over to sister marque Husqvarna, joining Pablo Quintanilla at the squad.

Price, Walkner and Sunderland will be supported in the factory team by Australian newcomer Daniel Sanders, who made his KTM debut in October's Andalusian Rally warm-up event and scored a stage win en route to 11th overall.

Viladoms believes that Honda's reigning champion Brabec goes into the 2021 edition as the rider to beat, despite the American having only finished 14th in Andalusia.

"The team is coming along very well, we have different profiles of riders with different qualities, but we are very happy," said Viladoms. "In the last training sessions we worked a lot on tuning the bike, navigation, made many days of running in the desert.

"In the end, at least they, given the circumstances, arrive in good shape. The other teams have also worked a lot and we continue to put pressure on each other.

"It is clear that the rider to beat is Ricky Brabec, he proved last year that he can do very well and is the one who has most chances. They won last year and they are the reference, we have to try to take the trophy away from them."

How ASO managed to save the 2021 Dakar Rally