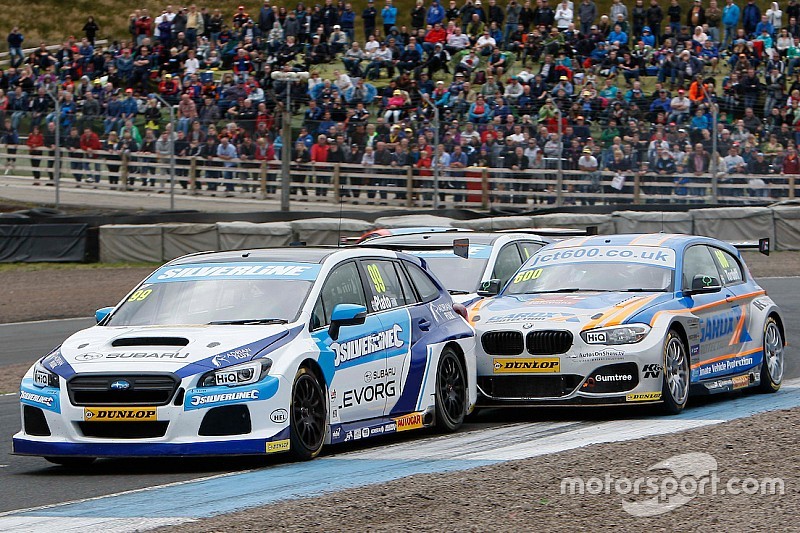 Team BMR has issued a statement in the wake of Jason Plato's criticism of the BTCC's equivalency formula, saying data presented by TOCA shows a “remarkably accurate judgement” of the power of each engine in the championship.

Plato spoke out against the engine equalisation rules at Knockhill, saying he believed the team's Subaru Levorg GT should be half a second a lap quicker than it was in qualifying in Scotland.

Following a rebuttal by series boss Alan Gow, Warren Scott's outfit has now issued a statement of its own.

BMR say that while it understands the “frustrations” of its drivers over power levels from their Mountune-tuned Boxer engine, it “supports TOCA and the foundation of the processes in place.”

The statement read: “It has always been and is our intention to ensure that the BTCC regulations as a whole are fully respected by everybody, as we do, for the benefit of all participants.

“We made a transparent application for a homologation extension to change the design of the inlet manifold, which TOCA and the BTCC Technical Working Group agreed could be introduced for the Oulton Park round onwards – albeit subject to an initially conservative base boost setting.

“We understand our drivers’ frustration on power levels and boost adjustments that did, in some circumstances, not seem logical given the objective of equalising engine outputs across the championship.

"This concern was also expressed at times by some senior personnel and high profile drivers from some other teams throughout the season.

“However since these comments were made the calculus TOCA have used in determining the resultant boost pressure and any adjustments has been presented to us and all other engine manufacturers.

"It is clear to us that the methodology used is based on raw data taken from each and every vehicle in the championship. The maths and processes are in fact a remarkably accurate judgement of the power output of each engine at the test conditions.

“We support TOCA and the foundation of the processes in place. We, along with many others, will continue to assist TOCA at all times to ensure we continue to have a transparent formula in place that results in a robust and accurate method to help achieve parity on circuit which will result in what all the drivers then experience in car.

“We are looking forward to the successful climax of the 2016 BTCC season and hope that all involved are as well.”