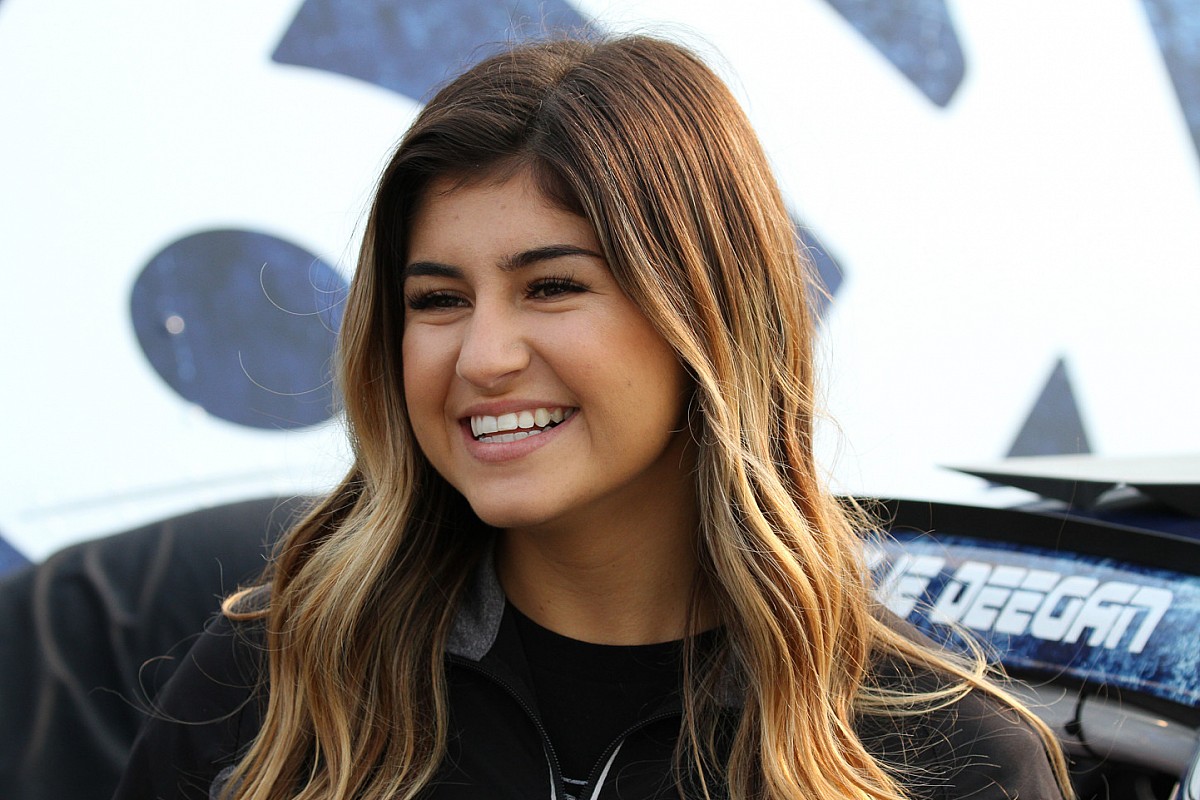 Deegan and Kraus exchanged paint and bumped fenders over the final two laps of the race with the final incident sending Kraus for a spin in Turn 3 and giving the young driver her second win of the season and third of her career.

Deegan had her No. 19 Toyota in the lead on the final restart, but Kraus was able to slip to the inside in his No. 16 Toyota and take the lead. He paid the price the following lap when contact from Deegan into his left side sent him spinning in Turn 3. She charged to the checkered flag while Kraus recovered to finish eighth.

“That was probably the scrappiest race I’ve ever ran,” Deegan said. “In the end, we went out there, ran our hardest race. Everything I’ve been practicing, all the hard racing I’ve been running. Derek (Kraus) ran me hard right there, so I was going to run him hard back. And that’s racing.

“We were all going for the kill. I got the win and that’s all that matters.”

Kraus didn’t comment after the race but went to social media to air his frustrations.

It was an accomplishment in and of itself that Kraus was even in contention for the win, as a broken sway-bar saw the No. 16 fade at around Lap 50 from the lead to hanging on for dear life inside the top five.

In addition to Colorado, Deegan also won the season opener at the Las Vegas Motor Speedway Dirt Track. Kraus swept both races of a doubleheader at Tucson Speedway.

Team owner Bill McAnally shared his thoughts on the last-lap incident between his drivers as well as he celebrated in Victory Lane.

“To have our cars up there slicing and dicing for the win is pretty special,” he said. “You knew the No. 6 (Jones) and No. 19 (Deegan) were going to get together, so I was worried about that already. And then when the No. 16 (Kraus) goes and gets three-wide, my heart hit the ground for a minute for sure.

“It’s bittersweet. Hailie wins the race, Derek gets spun around, they all drove hard. That’s what they’re here to do: win and develop. They’re doing a pretty good job of that.”

Kraus maintains the championship points lead by 12 markers over Deegan while Jones, Huddleston and Zamora complete the top five in the standings.

Roundtable: The racing was closer at Michigan, but was it better?