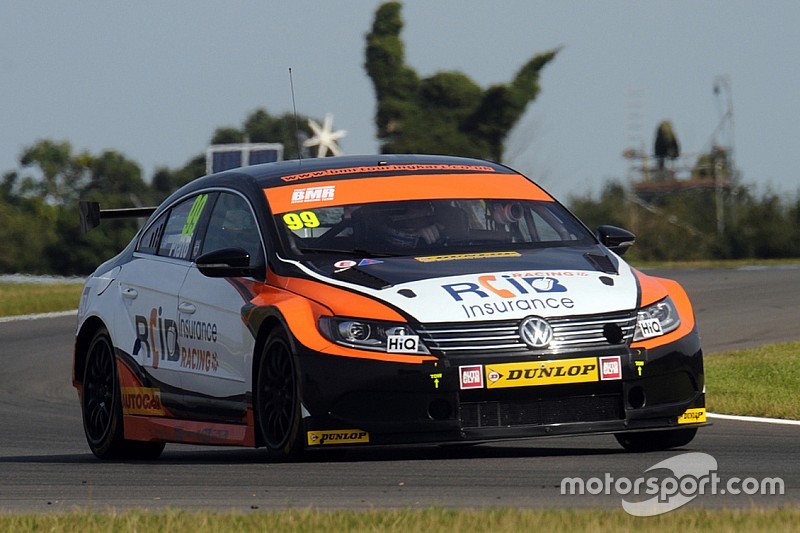 Jason Plato was pleased to take an 11-point championship lead away from Knockhill, a track he admitted is ill-suited to his Team BMR Volkswagen CC.

Plato sacrificed his first race at the Scottish track after qualifying down in 22nd, the worst qualifying performance of his career, to get a decent lap in for the race two grid.

The plan worked, as the 47-year-old promoted himself to eighth on the grid, before taking sixth and seventh in the final two races to leave Knockhill with 11 points in hand over closest title rival Gordon Shedden.

“We only lost five points and that’s after mechanical issues in practice," said Plato. "To come away 11 points ahead up front, I’m pleased with that - and now we get out of this place and go to some proper racing tracks.”

"This isn't a racetrack, it's a slalom course"

The two-time BTCC champion was not comfortable in his Volkswagen, the tight and twisty nature of Knockhill more suited to the cars of his rivals.

“It’s clear what you need around here is a rear-wheel-drive BMW or a Ford Focus with a lot of boost and no weight,” he explained.

“On top of that you need a short wheelbase car and we don’t have that. We’ve got the longest wheelbase on the grid.

"MG have had the same kind of problems as us, we just don’t work round here. That’s just the way it is. There’s only one circuit out of 10 we don’t work at, the rest we do.

“Imagine doing a slalom course in a Mini and then doing it in a VW Passat, what do you think will happen? The Mini’s going to win.

"This isn’t a racetrack, it's a slalom, straight-turn-straight-turn. A long wheelbase car doesn’t has that rate of change.”

Going in to the final three races, Plato is full of confidence that he can take the championship lead to the end of the season and take his third BTCC title.

“I’m revving,” he said. “We’ve had a great day in terms of where we were, we’re now out of the woods and we’ve done alright.”