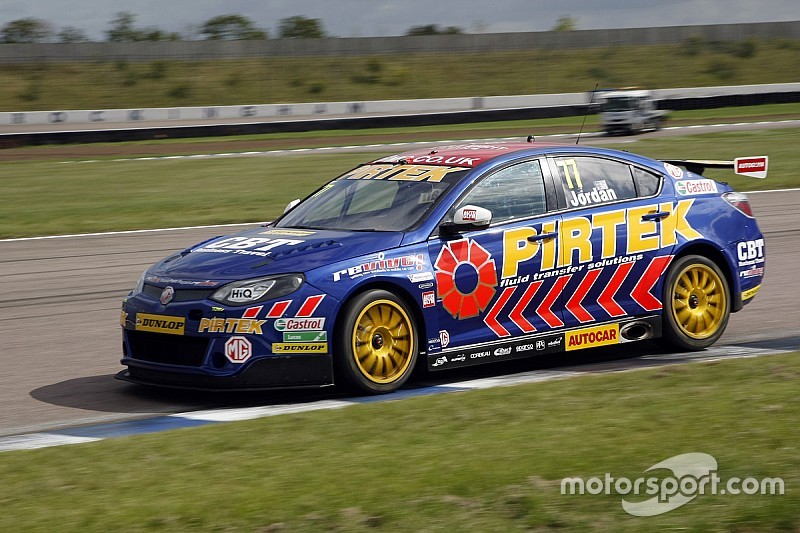 2013 BTCC champion Andrew Jordan has conceded defeat in his quest for this season's crown after a trying weekend for Triple Eight Racing at Rockingham.

Jordan could only manage sixth, 12th and ninth in the three races in Northamptonshire and, although he remains fifth in the standings, has now dropped to 46 points behind series leader Gordon Shedden.

The MG driver had looked set for a strong weekend when he topped the second practice session, but he was largely forced to play second fiddle to team-mate Jack Goff for the rest of the proceedings and remains winless in 2015.

“I don’t really know what to say – the only positive seems to be that we were fastest in second practice,” said Jordan. “We’ve had set-up issues ever since topping the times on Saturday and we need to get on top of it because we keep saying it should be better and it’s not.

“To be fair, we made a few good moves but I have just been sat waiting for it to kick off in front of me so that we can move forward. Otherwise, it has been about watching my mirrors and although I like the challenge of defending, doing it all day doesn’t excite me.

“The championship is over for us now, it is between everyone in front me now – we just need up our game.”

“It was a tough day at the office, we haven’t got the results we expected or that we should have got and I can’t put my finger on why really,” Harrison admitted.

“We showed reasonable pace in free practice here but couldn’t convert that in qualifying. We’ll go back to base and see where we need to improve and try to improve the performance for Silverstone.

“We need some biblical intervention to stand any chance in the drivers championship now.”