Tom Ingram put in a stunning drive from 11th on the grid to take victory in his Excelr8 Motorsport Hyundai i30 N in the second British Touring Car Championship race of the day at Donington Park.

With the success ballast off, Ingram carved his way through the pack and passed first-race winner Gordon Shedden’s Team Dynamics Honda Civic Type R with six laps remaining to take the lead.

After a storming start, Ingram took advantage of a failed bid by Ash Sutton to pass Colin Turkington into McLeans to move into sixth on the opening lap. He then picked off Turkington and then Senna Proctor on lap two to move into fourth.

Up front, Rory Butcher had made an excellent start from third on the grid to insert his Speedworks Motorsport Toyota Corolla, now on 57kg of success ballast, into the lead as they exited the first corner at Redgate.

But Shedden, despite his Honda being laden with 75kg of success weight, fought back and grabbed the lead back from Butcher into the Old Hairpin on the second lap. 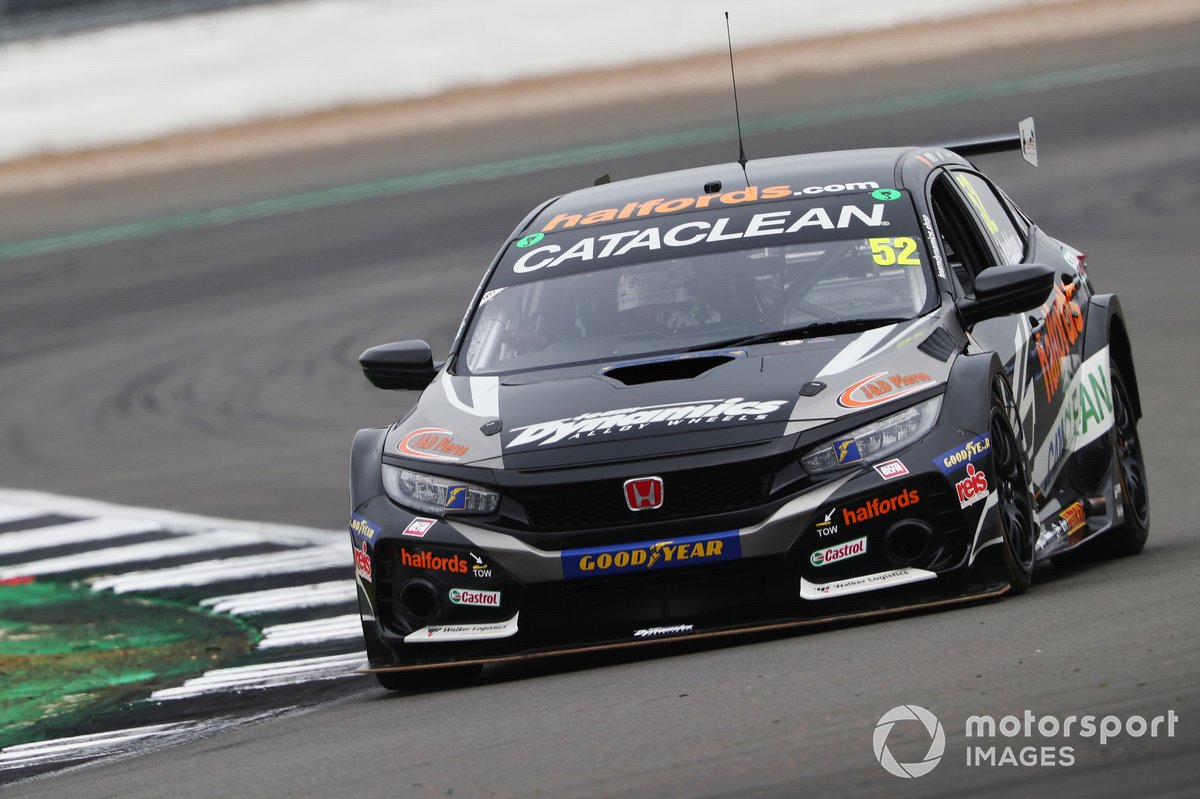 After moving up to third, Ingram had Butcher in his sights, and passed the Toyota into Redgate on the fifth lap to grab second position.

By the end of that lap, Shedden was 1.304 seconds in front, but Ingram chipped away at the gap and was on the Honda’s bumper by the end of the ninth tour of 16.

On the following lap, he got an overlap on the exit of Coppice, and completed the move into the chicane.

Shedden remained close to the Hyundai for the remainder of the race, and the duo were split by just 0.746s at the flag.

Butcher came under pressure from Turkington, whose West Surrey Racing-run BMW 330i M Sport was on 39kg of ballast and was the quickest car on track, the Northern Irishman setting fastest lap.

But an uncharacteristic mistake at the Old Hairpin on the 13th lap sent four-time champion Turkington into a spin after he clipped a kerb, freeing up Butcher for the final podium spot.

Championship leader Ash Sutton was down to 27kg on his Laser Tools Racing Infiniti Q50, which he started from seventh on the grid.

But paradoxically Sutton seemed to struggle in the early laps, and fell as low as 10th in the frantic battling.

The Infiniti seemed to come alive as the race wore on, and Sutton passed Lloyd immediately after Turkington’s spin to take fourth.

Lloyd, with 66kg on board the Vauxhall, hung on well to claim fifth, just ahead of the BTC Racing Hondas of Senna Proctor and Josh Cook.

Proctor appeared to back off at the finish to aid title-contending team-mate Cook, but left it too late and claimed sixth.

Aiden Moffat continued a strong recovery from a bad qualifying day to take eighth in his LTR Infiniti, while Jake Hill stormed through to grab ninth in his Motorbase-run MB Motorsport Ford Focus.

Dan Rowbottom’s Dynamics Honda completed the top 10 ahead of the recovering Turkington, who was drawn on pole for the reversed-grid finale.