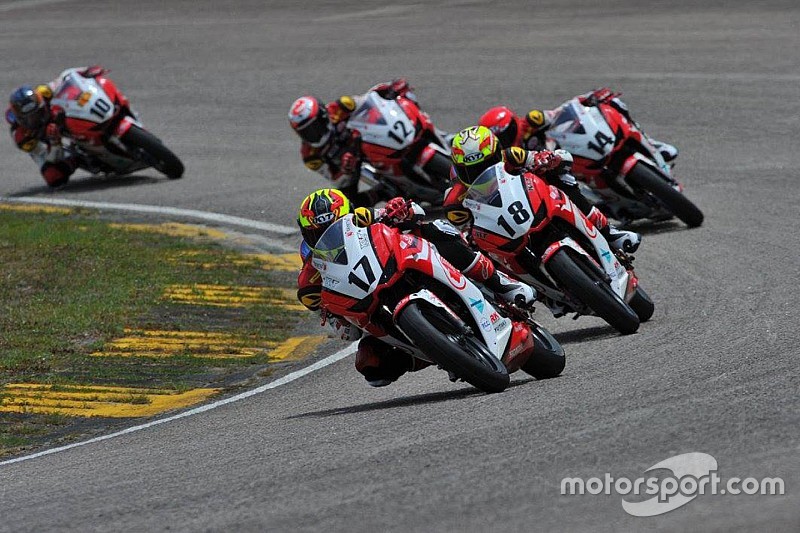 Hari Krishnan says he is enjoying the fine form in his second season in the Asia Road Racing Championship, with two podiums to his name and aims to take his first international win in 2016.

The 22-year-old claimed his maiden podium with a second place finish in Thailand and followed it up with a third place in Japan (albeit in an endurance race).

“I enjoyed the normal race podium, because there were almost 10 riders fighting for the position,” said Krishnan to Motorsport.com exclusively.

“We had to strategically plan and then make a move on the last lap, so I was able to finish second whereas endurance racing was completely different as I was partnering with a Chinese rider, so it was shared by us.”

The Indian rider who sits eighth in the championship is certain that he can get his maiden Asia Dream Cup win in the three remaining rounds whereas aims for an overall top five finish in the standings.

Having competed in India and Asia, the next move for any Asian rider is Europe to compete at the highest level whether in MotoGP or World Superbike.

But the expensive nature of the sport and lack of sponsors cut shorts a lot of riders dream, Krishnan is in the same boat but remains realistic about his chances.

“As of now Honda has sponsored me for ADC, so I would say the next move in ARRC could be in the Production Cup 250,” he revealed.

“It is very tough to pull in the sponsors to make it to the next level in Europe and also a sponsor would look for a rider who wins the races.

“As of now I am getting the podiums but win is also a crucial factor, so maybe after winning,” he adds when asked about a possible Europe move.

While MotoGP still is his dream, the Indian is not ruling out WSBK (Supersport 600cc or Superstock 1000cc) move but feels it will take at least two years to get there.

"Firstly, it’s down to the sponsors and then I have to improve a lot, so minimum two years for ARRC 600cc as well as Europe.

"Even to do that, I will have to do Malaysian SBK to make it a stepping stone because directly going into the World series will be really tough," he said.

For every Indian making it to the international scene, it’s an eye-opener and it was no different in Krishnan’s case.

“First year [in 2015] it was a slow start for me [in ARRC], as it was my first international experience, it was too different from India,” the Indian started.

“The riders were [extremely] fit, always concentrated with sole career focus on racing as opposed to India where we work on different projects and race as well.

“So, it was very tough to compete there initially, I started slowly, learnt a lot [in my first season], increased my fitness, and so this year I was able to secure two podiums and points finishes," he added.