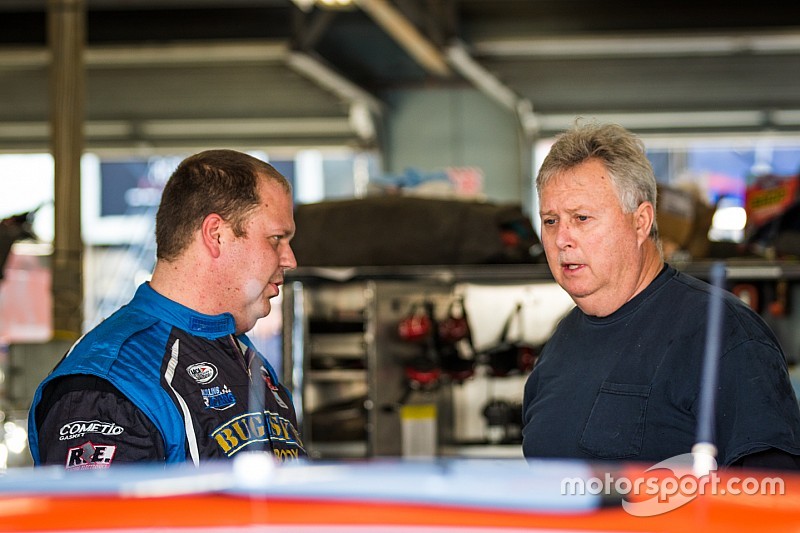 Veteran crew chief will lead Mullins Racing ahead of the Lucas Oil 200 at Daytona International Speedway.

Furr will serve on top the pit box for Mullins Racing team owner and driver Willie Mullins who was runner-up in the event last year.

“The main thing is the knowledge Tony brings,” said Mullins, who was 29th fastest overall during the Daytona ARCA test after focusing on single-car runs. “This man is such a large wealth of knowledge and we’re able to tap into that. He’s spent so much time in the wind tunnel with Hendrick before that we’re able to use a lot of that knowledge to find speed with our car.”

Furr has a vast amount of experience working in the Monster Energy NASCAR Cup Series and made his debut as a crew chief in 1994. Some of the drivers Furr has worked with throughout his career include NASCAR Hall of Famer Bill Elliott, as well as Joe Nemechek, John Andretti, Ward Burton, and Jerry Nadeau.

He scored Cup Series wins as a crew chief in career first with Andretti at Daytona International Speedway in 1997 and another with Nadeau at Atlanta Motor Speedway in 2000.

“He seems to be a pretty smart guy with a good head on his shoulders,” Furr said of Mullins. “I’ve worked with quite a few guys down there in Daytona with his level of experience and he’s a lot more level-headed than a lot of up-and-comers and listens good. He’s a sponge. He was soaking up all the information I was trying to give him during the test.

“I think if we put all that together when we go back and with a little bit of luck I think we’ll have a shot at being a player all day long.”

Furr was with the Mullins Racing team during last weekend’s ARCA test at Daytona International Speedway. It was the first opportunity for Mullins and Furr to work together in advance of the season opener in February.

“We did only single-car runs and we believe that we were one of the top-five to top-eight fastest cars in single car runs,” Mullins said. “We’re very proud of that and very happy with the how the speed in the car has continued to get better.”

“I think we were definitely top-five in the single car runs during testing,” Furr added. “We didn’t get to draft much as we wanted to, but I think we’ll be fine. He got a lot of experience down there last year by doing what he did, so that’ll hopefully carry over.”

Mullins believes the addition of Furr could be the spark his family-owned team needs to break into victory lane at the World Center of Racing.

“There is a lot of excitement this year,” Mullins said. “Last year we had the unknown of the new body and this year we have the excitement of going back with a second-place finish and knowing we have a fast car now. Now we’ve got to turn that excitement into a result. We’re very much looking forward to going back and having a lot of our crew back with us this year and hopefully we can try and come out of there with a good result again.”

Leilani Munter's "incredible journey" in racing to end at Daytona