Leilani Munter's "incredible journey" in racing to end at Daytona 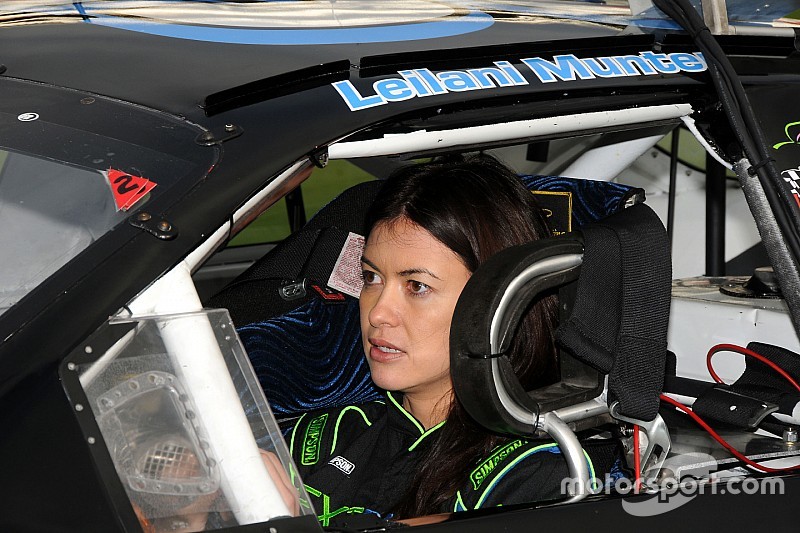 Leilani Munter, who forged her passion as an environmental activist on the back of a racing career, plans to retire from motorsports this month.

Before stepping away from her driving career, Munter will compete in the ARCA Racing Series one final time, driving Venturini Motorsports’ No. 55 Toyota in the Feb. 9 race at Daytona International Speedway.

Sponsorship support for her final race will be a collaboration between her partners A Well-Fed World and TryVeg.com.

The documentary, “What the Health,” found on Netflix, will be featured prominently on Munter’s car. The investigative documentary film details how big businesses influence the health of the people of the United States.

“It’s been an amazing adventure doing what I love and I’ve been very fortunate being able to support so many great causes along the way,” Munter, 44, said. “My entire career has been based on my ability to raise sponsorship. I’m at the point now where I don’t have anything lined up past Daytona so this is likely my last race.

“I am truly thankful for every lap I’ve ever taken in a race car. It was a lot of hard work, but it was a lot of fun as well. I have met so many wonderful people along the way, people I will stay friends with long after I hang up my helmet.”

Munter currently serves on the board of three non-profit organizations and is researching a documentary film which will begin filming following the Daytona race.

Munter has made 18 prior starts in the ARCA series since 2010. She has two top-10 finishes, both coming last season. She finished a career-best eighth at the Daytona season opener one year ago and was ninth at Michigan in June.

Munter also made two career starts in the Indy Lights Series in 2004 and competed in the 2003 Toyota Pro/Celebrity Race at Long Beach, Calif.

During an open ARCA test session at Daytona last month, Munter registered the top single-lap speed on the first day.

“It has been an incredible journey and I’m truly thankful for everyone who has supported me along the way,” she said. “I cannot thank the Venturini family enough for giving me such incredible race cars to drive the last few years.

“Although I’ll take a back seat to racing I will continue my off-track efforts championing causes near to my heart.”