The FIA World Touring Car Cup will revert to double-header race weekends in 2021 as part of a raft of changes approved by the World Motor Sport Council yesterday. 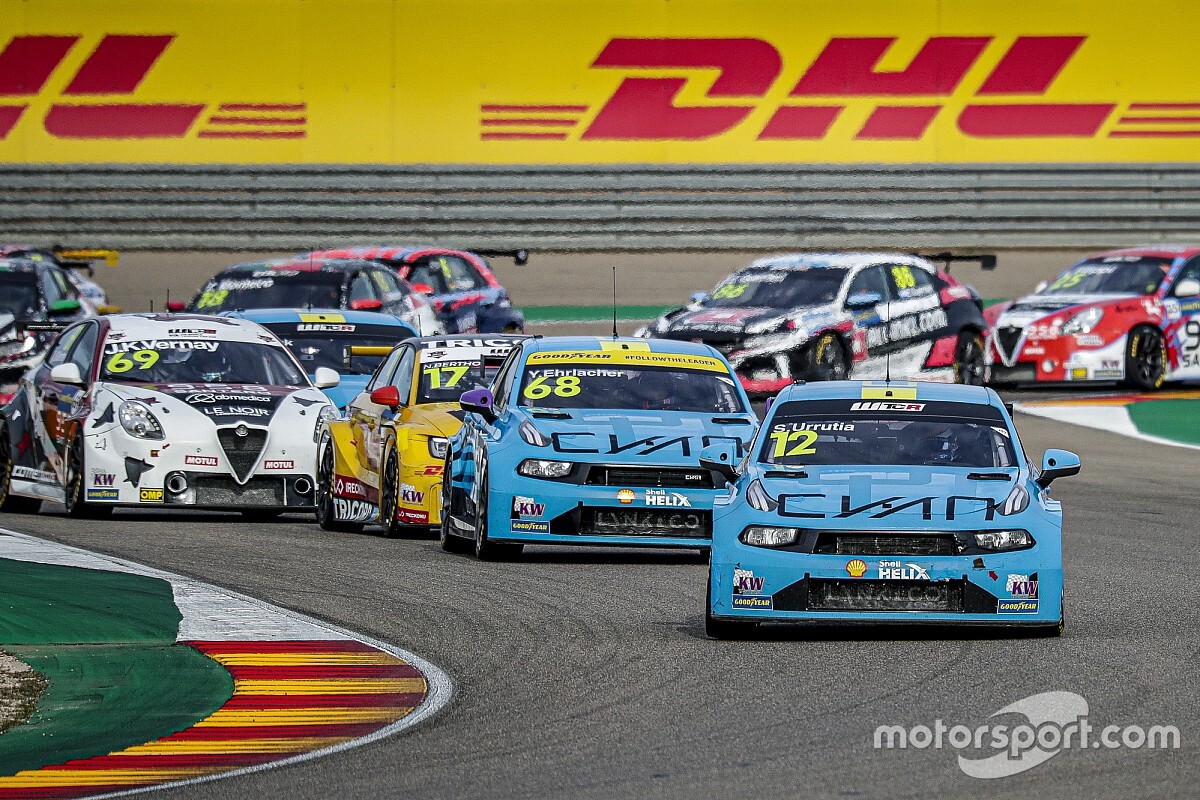 WTCR has staged three races per weekend since the amalgamation of the TCR International Series and World Touring Car Championship at the end of the 2017 season, with races one and three set by separate qualifying sessions and race two featuring a reverse of the top 10 finishers from race one.

However the series will now return to the traditional two races per weekend format previously used by the WTCC, fulfilling a measure that was initially planned as part of a cost-saving package introduced for 2020 before the disruption to the calendar caused by the pandemic meant the three-race format was maintained.

In 2021, race one will be decided by a single qualifying session split into knockout segments - from which points on a scale of 5-4-3-2-1 will be awarded to the fastest five drivers in Q1 and Q3 - after two free practice sessions of 45 and 30 minutes respectively.

The grid for race two will still feature a reverse of the top 10 from race one.

A WTCR statement explained that "Race 2 will typically be two or three laps longer than Race 1, depending on circuit length, with the exception of WTCR Race of Germany" on the Nurburgring Nordschleife where both will run to three laps.

The season is due to start at the Hungaroring in May, and will conclude with a return to Macau in November after Asian rounds in South Korea and China.

In a statement provided to Motorsport.com explaining the decision to change its format, WTCR Director Xavier Gavory explained: “Following feedback from teams, it was clear two races per weekend was more manageable in terms of budget and workload due to staff numbers being limited to six personnel per car.

“The double-header format was therefore included as part of a package of cost-reduction measures jointly taken by the FIA and Eurosport Events and announced in February.

“These measures were originally intended for 2021 but brought forward by 12 months as economic constraints caused by the coronavirus pandemic began to take hold.

“Had the intended 10-event WTCR calendar for 2020 been achieved, it would have resulted in a 20-race schedule.

"But with the six-event, Europe-only calendar, 12 races would not have been sufficient to satisfy the requirements of our global broadcasters, and would have diminished the sporting integrity of the series.

“It was therefore agreed that with the exception of the first two events in 2020, the remaining four events would feature three races to achieve a total of 16, which is the number of races scheduled for 2021.

“And with 2021 in mind, we can look forward to an exciting season with every corner and every kilometre counting much more than ever before, which is getting our drivers really excited.”

Among the other changes announced, WTCR will award a new FIA WTCR Female Driver Title, "subject to a minimum of three all-season entries being received".

The WTCR Rookie Title, won by Gilles Magnus in 2020, will also be renamed 'Junior Title' and be open to drivers younger than 24 who have not competed in the series prior to 2019.