"Crappy" season worth it for Macau win - Huff 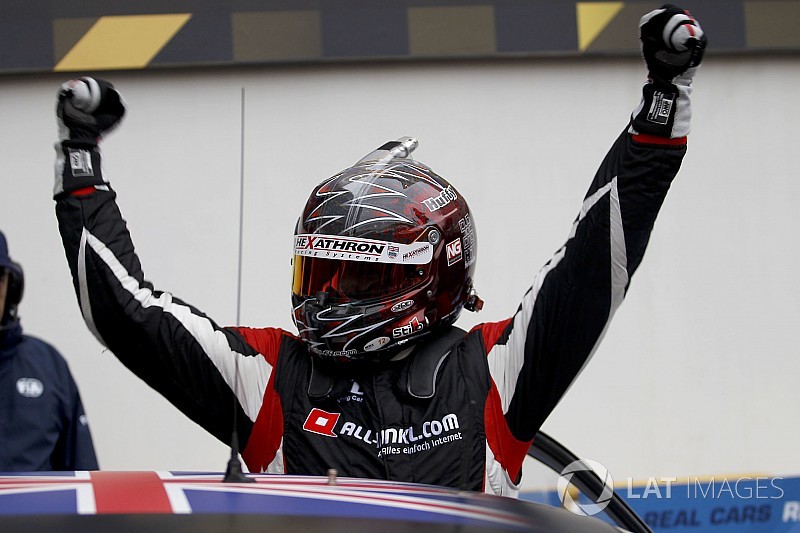 Rob Huff says he would take "another 12 months" of difficult WTCC results for a repeat of his landmark ninth victory at Macau.

Huff became the most successful motorsport competitor in Macau history on Sunday when he won the main Guia race, surpassing the total of eight wins he had previously shared with motorcycle rider Michael Rutter.

The win was Huff's first of the WTCC campaign, despite the Briton being among the more fancied contenders for the 2017 title pre-season after switching from the factory Honda squad to race an independent Munnich Motorsport Citroen C-Elysee.

"We've had a really tough year," Huff, who has also driven in the British and Chinese Touring Car Championships and the TCR International Series this year, told Motorsport.com.

"I seem to have had a lot of success in everything I've done other than this this year, which is a shame because this is my main focus.

"We've been very quick in this, every weekend, but we've just made tiny mistakes as a driver and a team at some critical points in a weekend that meant the weekend's pretty much gone.

"[But] I really don't care that we've had a crappy season; we've had bad luck.

"What I care about is that this weekend, I think everyone would go through the sh***y side of what's happened this year to have this weekend, when the works teams and everyone else couldn't touch us.

"Everyone in the team would agree again that we'd happily go through another 12 months of bad luck to get it this weekend."

Huff was caught up in an incident at Police bend in Saturday's opening race that was triggered when Norbert Michelisz clipped an inside wall and broke his steering.

Munnich Motorsport completed its rebuild of Huff's car at 2:30am on Sunday morning, but Huff had initial fears that he would not be able to race.

"That literally destroyed the car and I thought there was no way we were going to be racing," he said. "The car was destroyed, it really was.

"I've seen works teams not repair cars that are that badly damaged and somehow these boys have just done the most amazing job. They worked all night and Dominik [Greiner, team principal] sent a video for me.

"From four o'clock I couldn't sleep, I was too excited to get down here and join in and get stuck in.

"The car wasn't 100 percent, but they gave me a car to win in and for a small privateer - there's six mechanics here - somehow everyone just chipped in.

"I'm pretty sure you could ask all of them and they'd say it was worth it for the result."

Coronel: TCR merger "the only solution" for WTCC