Razgatlioglu has launched himself into championship contention by winning five of the last 10 races, leaving him just three points shy of Kawasaki man Jonathan Rea after six rounds.

Redding is 51 points off series leader Rea after scoring his first win since May's Estoril round last time out at Most.

The British rider has been critical of the Ducati Panigale V4 R's fluctuating form this season, particularly in relation to Rea and Kawasaki, but at Most he said he feels Yamaha is now the benchmark for consistency.

"That’s the strong point of the Yamaha at the moment," said Redding. "They are not just consistent with Toprak, but all three bikes [Razgatlioglu, Locatelli and Gerloff] are always there. It’s kind of hard [for us] because obviously something is working and making it easier for them.

"Kawasaki for some reason have backed up a little bit since the beginning of the year. When we were in Estoril, that bike was on an absolute other level. It was impossible to do see the things I saw. Now I see the bike working how it was working last year, so maybe they changed something and had to go back.

"I feel like I’m more in contention [than before], but the Yamaha is the most consistent bike." 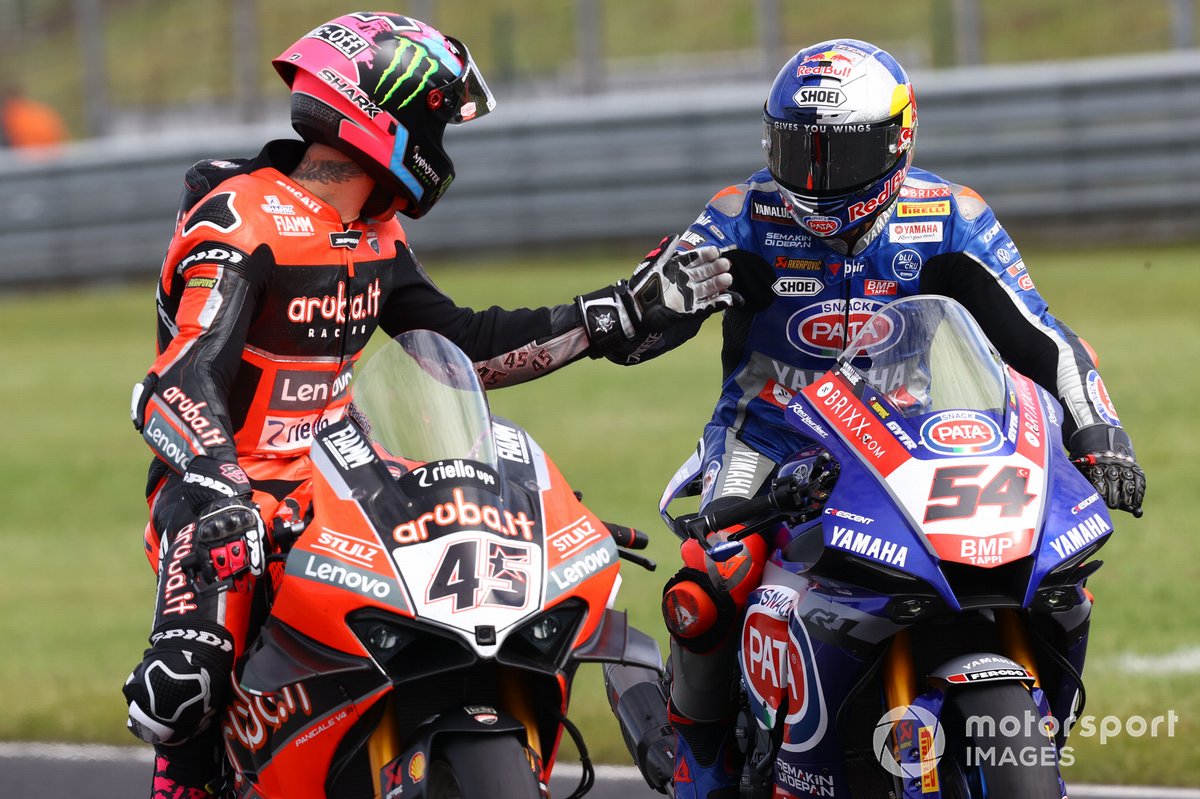 Razgatlioglu has proved a much more consistent threat at the front of the field in his second year as a Yamaha rider, having surpassed his 2020 tally of three wins with his fourth and fifth victories of the year at Most.

Asked by Motorsport.com why the R1 was working better over a wider range of tracks than it did last year, the Turkish rider said that using the supersoft Pirelli SCX rear tyre more often has helped.

"Yamaha's engine has improved and some [other] parts improved," said Razgatlioglu. "I’ve adapted my bike, and this year I am riding better. I think it’s for this [reason].

"Also, we know now which tyre is better for the bike. Normally the Yamaha likes the SCX tyre, the [harder] SC0 isn’t working so well. This year I’ve used the SCX in every race but last year I used the SC0 many times. I think [knowledge of] the tyres is a good improvement for Yamaha."