Jonathan Rea set the fastest time for Kawasaki across three days of World Superbike post-season testing at Jerez, ending up almost a second ahead of the competition on the final day.

By:
Jamie Klein
Co-author:
Matteo Nugnes
Listen to this article

Kawasaki was one of three manufacturers in action during the test, which began on Wednesday and concluded on Friday, along with BMW and Honda, with Ducati and Yamaha not taking part.

Rea topped the opening day with a time of 1m39.561s, exactly six tenths up on his nearest rival, BMW's Michael van der Mark, before both Rea and teammate Alex Lowes elected to sit out Thursday's running.

That allowed van der Mark to top the timesheets that day, his best effort of 1m39.788s falling slightly shy of Rea's Day 1 effort, but once Kawasaki returned to action on Friday Rea was able to lower his own benchmark by a fearsome eight tenths as he posted a 1m38.831s.

With van der Mark not bettering his Thursday time, it left Rea a full 0.957s ahead on the combined timesheets, boosted by the arrival of a revised chassis and electronics for the ZX10-RR.

"I had a lot of fun on the bike and we managed to get through everything we had on the list at this test," commented the six-time world champion. "Now is the important time because we will act on our findings and try to improve and re-evaluate some items again in January.

"The weather was great at Jerez, quite consistent, and we got a lot of valuable track time in. To be honest, this test was quite challenging mentally because I did a lot of work and I had been off the bike for quite some time."

Lowes, still not 100 percent fit from the injuries that curtailed his 2021 season, was third overall and made it a Kawasaki one-two on the final day of running with a 1m39.865s, just over a second off Rea's pace.

BMW newcomer Scott Redding was fourth-fastest across the three days with a 1m39.909s set on Thursday, just over a tenth behind teammate van der Mark, in what was only his second test outing aboard the M1000RR following his first run on his new bike last week at Estoril. 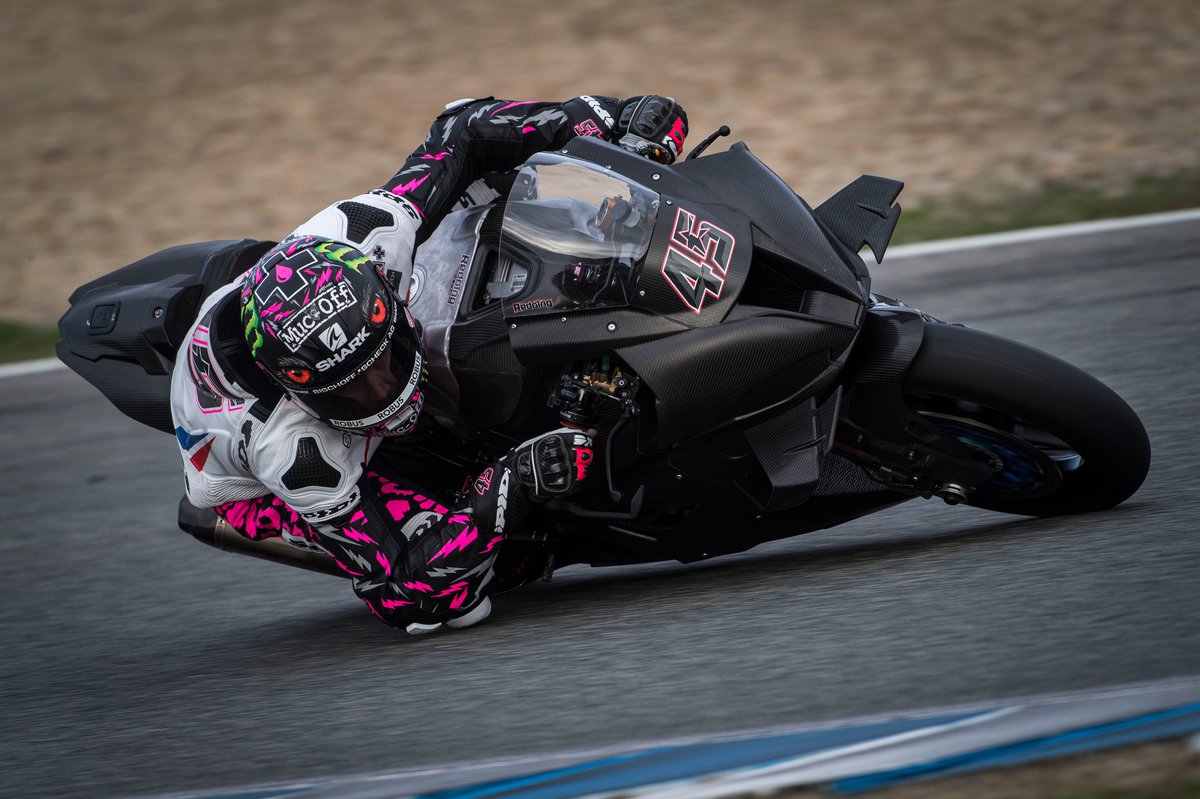 Also in action at Jerez were satellite Bonovo BMW riders Loris Baz and Eugene Laverty, with Baz setting the third-best time on Friday to end up fifth overall.

Honda rookie Xavi Vierge likewise set his best time on Friday to go sixth overall ahead of Laverty, but Vierge's teammate Iker Lecuona was forced to sit out the final day of running after fracturing a finger on his right hand in a high-side crash at Turn 12 on Thursday.

Lecuona's best time came on his second day aboard the CBR1000RR-R on Thursday, leaving him just over two tenths slower than fellow WSBK novice Vierge.