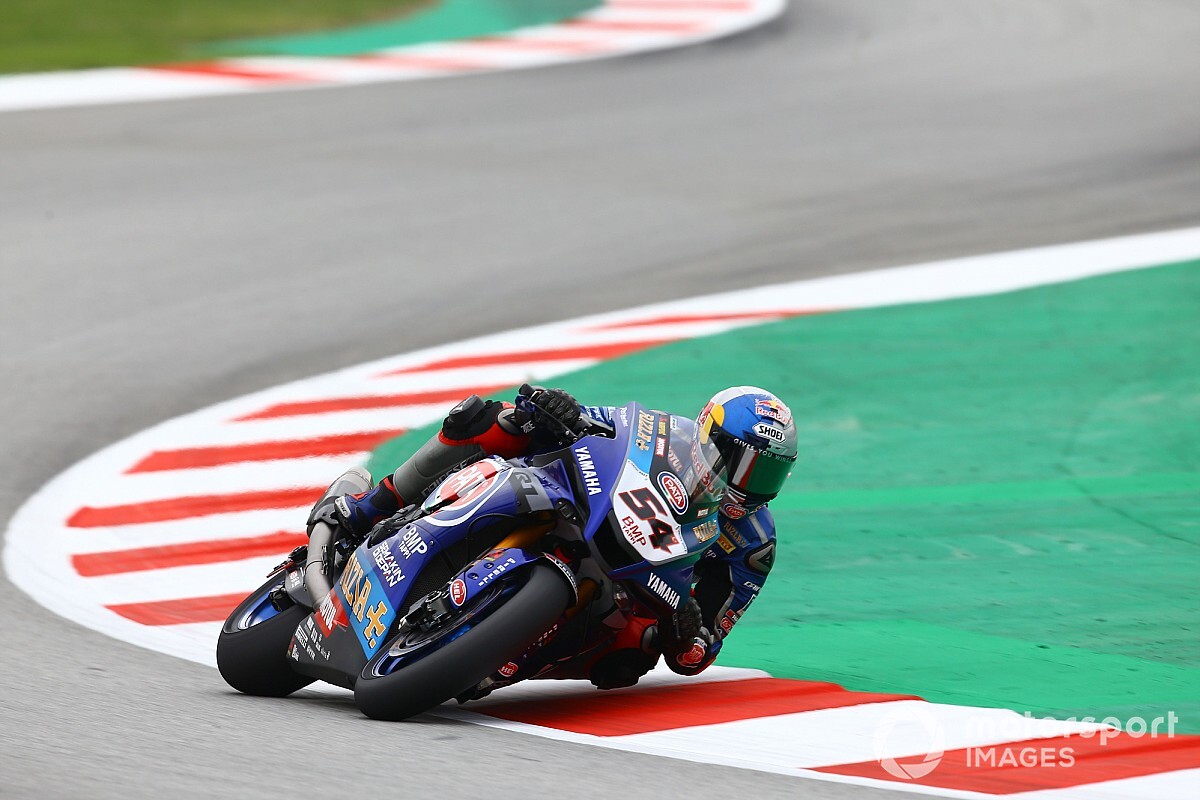 Toprak Razgatlioglu led a Yamaha 1-2-3 in Friday practice for the sixth round of the 2020 World Superbike season in Barcelona, as Ducati’s Scott Redding was only ninth-fastest.

With rain hitting the track before FP2, all of the day’s quickest times were set during the 50-minute morning session.

Bautista was not deposed from the top spot until the final 30 seconds of that session, when Michael van der Mark lapped the circuit in 1m42.309s to put Yamaha ahead of its rival Japanese manufacturer.

At the same time, Razgatlioglu began a series of fastest laps, moving to second with a time of 1m42.343s before gaining a further two tenths with a 1m42.140s flyer.

That was enough to snatch the top spot from van der Mark, who eventually finished 0.169s off the pace in second.

Garrett Gerloff made a late improvement on the GRT Yamaha to finish a strong third, 0.338s down on Razgatlioglu’s chart-topping time on the factory R1.

Bautista was demoted to fourth in the final order after failing to improve on his previous effort in the final run, ahead of the championship-leading Kawasaki of Jonathan Rea.

Rea dropped outside of the top 10 after the first runs, but improved twice in the final five minutes of practice, bagging a top-five spot with his final timed lap of 1m42.614s.

Michael Ruben Rinaldi was the top Ducati rider in sixth on the Go Eleven-run Panigale V4 R, beating the factory Kawasaki of Alex Lowes and the works BMW of Tom Sykes.

Championship protagonist Redding trailed in ninth, nearly seventh tenths off the pace, but he still outperformed the sister factory Ducati of Chaz Davies, who finished just outside the top 10 in 11th.

Barcelona saw the World Superbike debut of former Tech 3 MotoGP rider Jonas Folger, who put in an impressive performance to finish 15th in a 22-bike field while riding a MGM Racing-run Yamaha R1.

The second practice for the Catalunya round took place in damp conditions, with Rea topping the charts with a time of 1m55.669s.

The session had to be red-flagged with 35 minutes on clock after a huge crash for Maximilian Scheib on the Orelac Racing Kawasaki.

WSBK subsequently issued a statement revealing Scheib has been taken to a hospital after suffering an AC joint separation on his shoulder. He will sit out the remainder of the weekend.