Yamaha believes Michael van der Mark made the “wrong decision” to leave the Japanese manufacturer and join BMW for the 2021 World Superbike season.

Van der Mark will partner 2013 WSBK champion Tom Sykes at BMW’s factory team next year, marking the end of a four-year stint with Yamaha that included four victories, a best finish of third in the championship, and two successes at the Suzuka 8 Hours.

BMW has to score a race win since its factory return in 2019, with Sykes’ second-place finish at Misano last year the best result secured by the German marque since then.

The outfit recruited 13-time WSBK race winner Eugene Laverty to partner Sykes in 2020, but after a disappointing season the ex-MotoGP rider has been dropped to make way for van der Mark.

However, Yamaha Team Manager Paul Denning has misgivings about the Dutch rider’s move to BMW, saying it will not help him achieve his dream of securing a maiden WSBK title.

“I shared with him openly, he knows what my opinion is - I think he has made the wrong decision for his career and the wrong decision if he wants to be world champion,” Denning told Motorsport.com. “But who knows because if that team makes a big step and the bike is fantastic, nobody can know.

“Honestly, he leaves and we say goodbye with zero negative feelings, only support. As a team player and as a supporter of the project he’s been really good at, on the bike, off the bike, everything.”

Van der Mark underlined his position as one of the series’ finest riders during his time at Yamaha, scoring a podium for every four races he contested with the Crescent-run squad amid strong opposition from Kawasaki and Ducati. The Dutch rider, however, missed last year’s trio of races at Misano after suffering a wrist injury during practice.

Asked how he would sum up van der Mark’s tenure at Yamaha, Denning said: “Successful, really. Not only considering the World Superbike races and what he has achieved here, but also the Suzuka 8 hours victories and the way he has fitted into the team.

“When the rider enjoys being inside a team, it’s easy for the team to support him. The nicest thing about Mikey is that he can throw his helmet around the garage and after 15 minutes he’s finished we can reset and start again. Even if he has a bad Friday, you can always guarantee when the lights go out he races so hard.

“And really the only disappointment was the Misano accident last year which was not his fault, caused the wrist breakage and that really compromised a lot of races and he was really there and I think he would have won more races last year without that.

“Probably that’s the only negative point because if you look at the growth step by step, he’s been better and better every year.”

Van der Mark will be replaced by newly-crowned World Supersport champion Andrea Locatelli, with Toprak Razgatlioglu retaining the other seat after scoring three wins in his maiden campaign with the factory team. 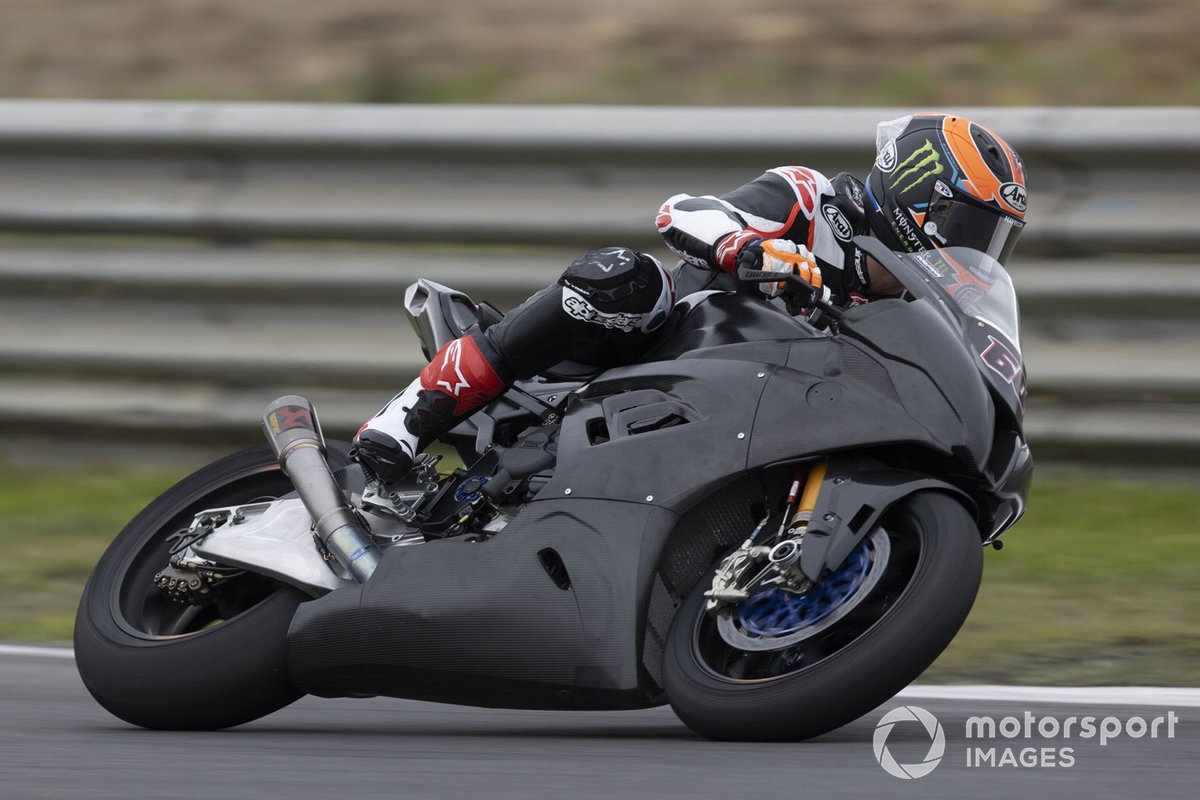