Toprak Razgatlioglu has admitted to frustration with World Superbike's six-week summer break, which comes just as the Yamaha rider has hit his best form.

However, that momentum risks ebbing away amid a long wait until the next round at Magny-Cours on September 10-11, which kicks off a run of six more race weekends to close out the season.

Asked if the break came at a bad time considering his run of six wins in the last eight races, Razgatlioglu admitted he is not a fan of having such a large pause in the middle of the calendar.

"We have too much of a break," he said. "I think it's better [like] after Donington we come here; one week free, the other week race again.

"After five weeks, I don't know. We are riders, we need to ride. I love this job and I think it’s better to have a one-week break, then race. I don’t like these long breaks."

However, Razgatlioglu will stay occupied during the summer break with a test at Barcelona in mid-August and a demonstration run with Yamaha at the Cadwell Park British Superbike round.

Razgatlioglu has now more than halved the points deficit he faced to Bautista following June's Misano round, having closed to within 38 points of the Spaniard with his latest pair of victories.

He is also just seven points shy of Kawasaki's Jonathan Rea in the battle for second in the standings.

Reflecting on Sunday's final full-distance race, Razgatlioglu credited set-up changes that allowed him to preserve his rear SC0 Pirelli tyre for longer than he had managed in Saturday's opening race.

"We improved thanks to the team, we made a step," said Razgatlioglu. "[I said] I needed rear grip after 15 laps.

"In the first laps I tried to go, but after I followed Johnny and Bautista because I needed to keep the tyre for the last laps. I saw Bautista go [in the lead] so I passed Johnny, and after I passed Bautista I could ride more relaxed. I saw on my pitboard the gap and I can save the tyre.

"I felt the grip after 15 laps. I was still spinning [the rear tyre], but better than yesterday. When I did the [1m]31.7s I felt good motivation, it was a very good laptime after 15 laps." 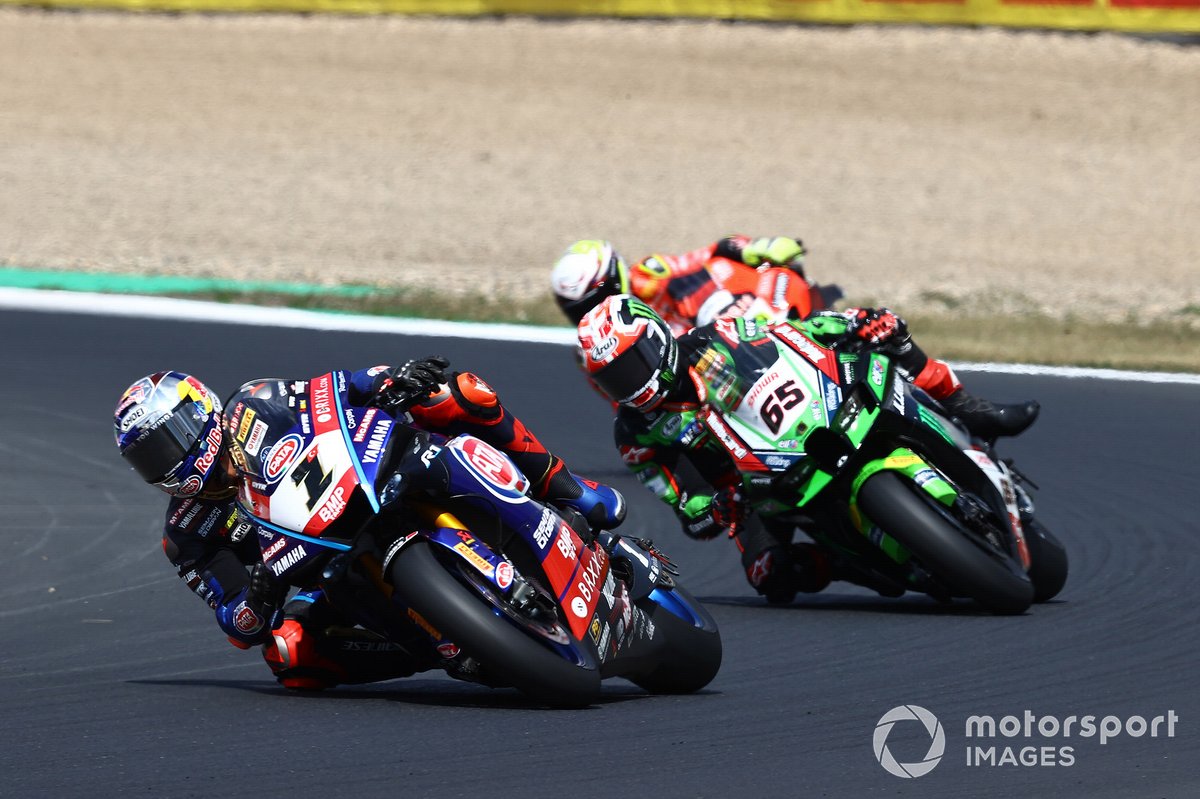 Razgatlioglu also provided his point of view in a fierce battle against Rea for Superpole race honours on Sunday morning, as Rea took to the gravel in his bid to pass the Turkish rider on the final lap.

"After five laps I had a big drop on the rear tyre, and Johnny is coming, so we started to fight again," reflected Razgatlioglu. "I saw Johnny had better rear grip than me, and on the last lap at Turn 15 he was stronger than me.

"I tried [positioning myself] in the middle [of the track] for braking, he was also trying to pass because it was his only chance to pass me. I tried opening my leg… and he went wide. Johnny still finished the race. This is part of racing, on the last lap everyone is fighting for the best position.

"For me it was a very good weekend, two wins and one second position, good motivation for the long break and we’ll see what happens at Magny-Cours." 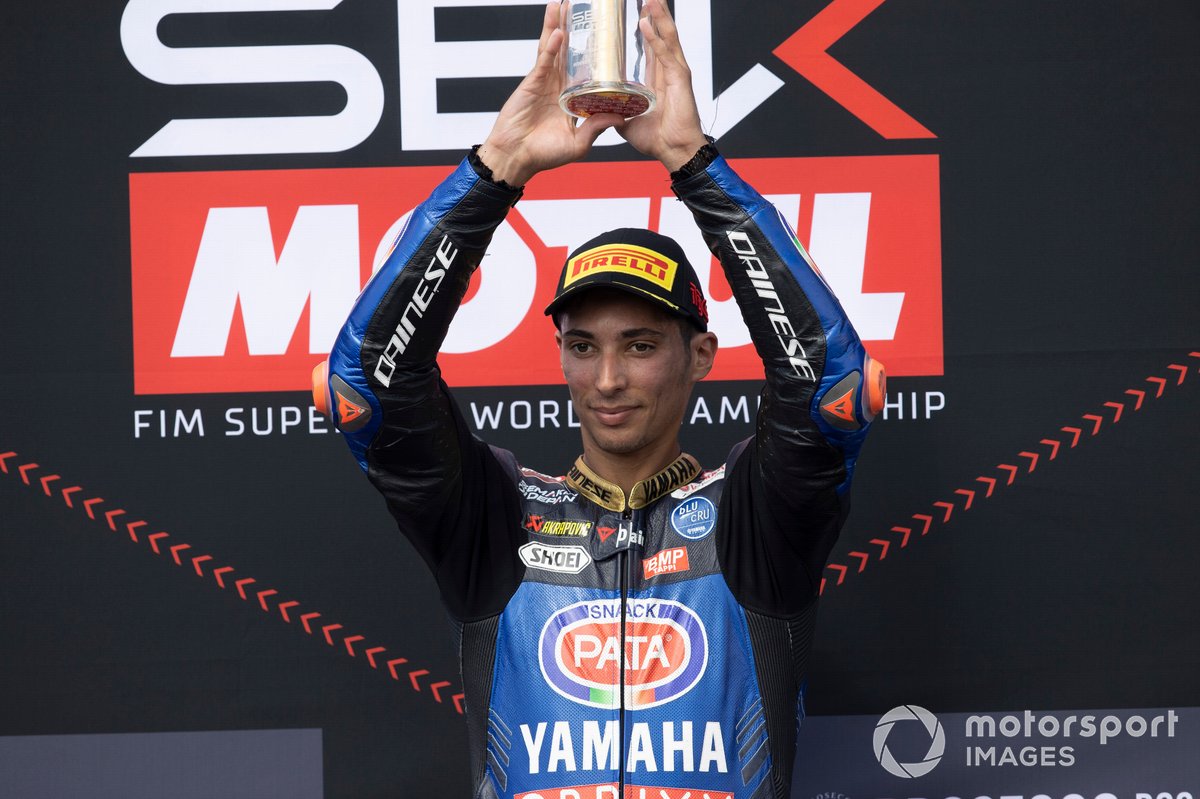