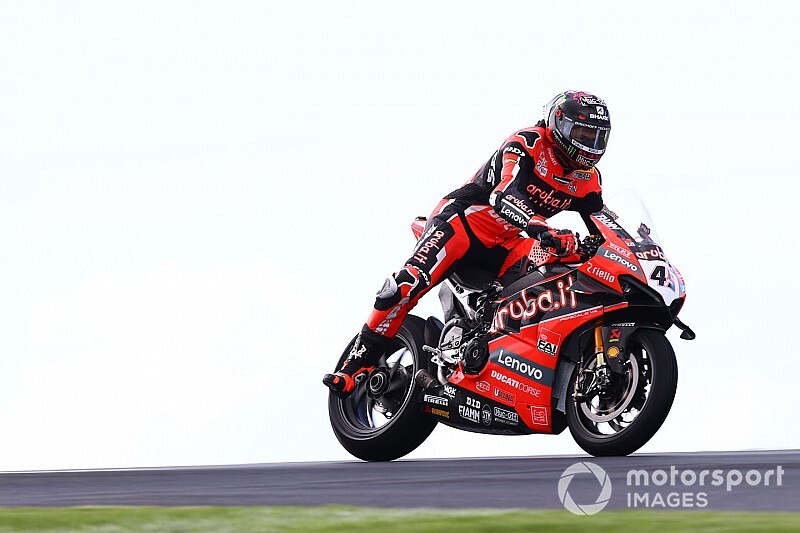 New Ducati recruit Scott Redding topped Friday practice for the opening round of the World Superbike season at Phillip Island, leading the Yamaha of Toprak Razgatlioglu.

With the first practice taking place on a damp Phillip Island circuit, all of the day’s quickest times were set in the dry second session.

Kawasaki’s Alex Lowes led the way when practice resumed in the afternoon, immediately moving to the top of the charts with a time of 1m31.336s.

Leon Haslam, who left Kawasaki to join the factory Honda team over the winter, then took over the top, breaking the 1m31s barrier with a 1m30.936s flyer.

A red flag was thrown soon after to recover debris from track, and although the session went back to green soon after, Haslam’s benchmark remained unbeaten until the final two minutes of practice.

Redding, making his WSBK debut for the factory Ducati team, set a blistering time of 1m30.436s, dethroning Haslam by half a second.

Tom Sykes was the lead BMW rider in seventh, while Alvaro Bautista was next up in eighth on his debut weekend with Honda.

Michael Ruben Rinaldi was ninth astride the Go Eleven Ducati, while the top 10 was completed by Puccetti Kawasaki of Xaxi Fores.

Chaz Davies was only 13th quickest on the second of the two factory Ducatis, over a second slower than teammate Redding, who also topped the morning session in the wet.

The field was propped up by multiple Suzuka 8 Hours winner Takumi Takahashi, who is making his full-time WSBK debut with the MIE Althea Honda team.