Is WSBK's era of British domination coming to a close?

World Superbike has long been dominated by British riders, but in light of recent events it seems the 2021 campaign might be looked back upon as the beginning of the end of an era.

Of the seven British riders currently on the WSBK grid (for these purposes we are including Eugene Laverty, who was born in Northern Ireland but races under a Republic of Ireland licence), three are set to be absent in 2022. Chaz Davies has already announced his retirement, while Tom Sykes and Leon Haslam both have no desirable options to stay on the grid.

That potentially leaves us with just Jonathan Rea, Alex Lowes, Scott Redding and, possibly, the aforementioned Laverty for next year. You have to go back to 2009 for the last season with such low levels of British representation in terms of full-time riders.

It’s bizarre to think that, given the ubiquity of British riders at the top of WSBK for the last decade, that the 2008 season featured precisely zero Brits following James Toseland’s step up to MotoGP and the likes of Haslam and Shane Byrne stepping back down to British Superbike after stints on the global stage.

That was soon rectified in 2009 as Haslam and Byrne returned, joined by then-rookies Rea and Sykes, while the following year the ranks were swelled further by Toseland (back after two bruising seasons in MotoGP) and two more BSB graduates, Leon Camier and Cal Crutchlow.

Since that season, there have never been fewer than five full-time Brits in WSBK, and in 2015 British domination of the series arguably reached its zenith as Rea, Davies, Sykes and Haslam between them made it a top-four sweep in that year’s championship standings. Even more incredibly, more than half of the races that year – 14 of 26 – featured an all-British podium. 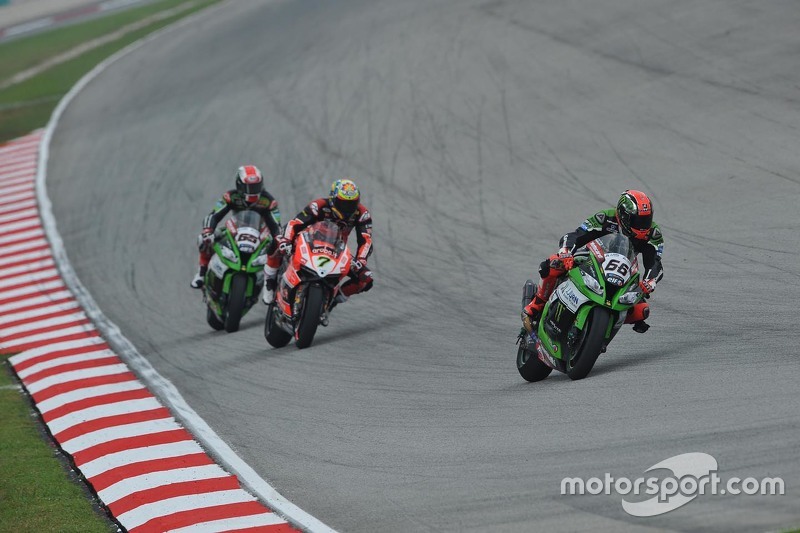 But much like the American domination of the grand prix racing scene in the late 1980s and early 1990s, these spells don’t last forever. The arrival of consistent non-British front-runners like Alvaro Bautista and Toprak Razgatlioglu means all-Union Jack podiums have become a rarity; last year it happened three times, and so far in 2021 it's happened just once, in Race 2 at Aragon.

And the fact is since the glory days of 2015, only one new British rider – Scott Redding – has joined the championship. More importantly, however, is the fact that there don’t seem to be many others on their way.

It’s established wisdom that the strength of BSB has been key to Britain’s recent domination of WSBK, and certainly that's true for the Rea-Sykes-Haslam generation. But the problem is that the series has become more of a career destination in itself than a springboard to greater things, and youngsters capable of beating the veterans have become few and far between in recent years.

Even then, when such riders do crop up, grand prix racing is re-establishing itself as an alternative, arguably more attractive, destination. Take the example of Jake Dixon, who finished runner-up to Haslam in BSB in 2018, but took the unorthodox step of switching to Moto2 the following year.

Then there are the likes of Bradley Ray (below) and Luke Mossey, who have been tipped for big things and have even wildcarded in WSBK, but have never put together credible title campaigns in BSB despite flashes of promise. Indeed, of the eight riders in this year's BSB 'showdown', only two are under 30. 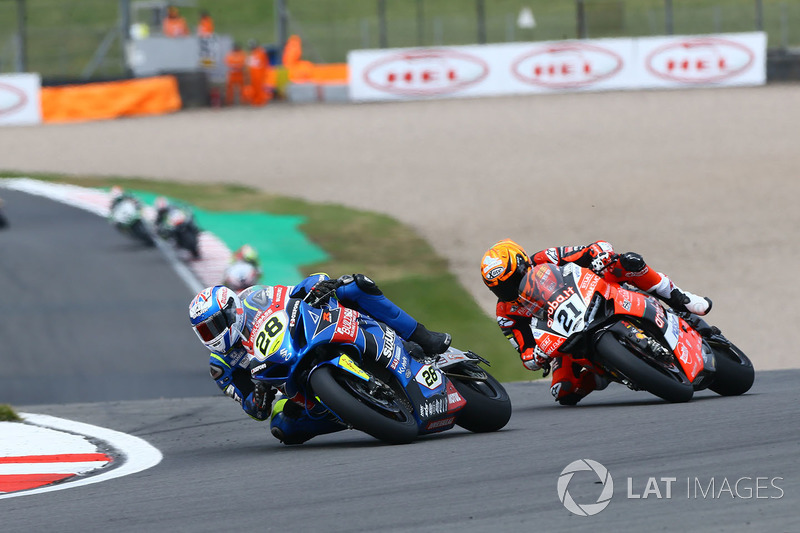 That said, the rider leading the points with two rounds to go is also the youngest: Tarran Mackenzie. The son of former BSB champion Niall no doubt has world championship potential, but a move to WSBK next year looks unlikely, and by the start of the 2023 season he'll already be 27 years old.

Ok, Redding was also 27 when he made his WSBK debut, but he’s a special case. He could have gone directly from MotoGP to WSBK if he so chose, but made the tactical decision to spend a single season in BSB on the PBM Ducati in 2019, winning the title and parlaying that into a factory Ducati WSBK contract.

The better comparison is Lowes, but he was just 23 years old when he beat Byrne to the 2013 BSB title and made his full-time WSBK bow the following season. Until this year, the only rider under the age of 25 to have come close to a similar result since then has been Dixon in 2018.

That’s not to say the current crop of BSB youngsters are no good: it’s a very difficult championship to win, with established stars like Josh Brookes often boasting a decade or more or experience in the series. Many riders that fared well in WSBK and even MotoGP are often made to look average there, Hector Barbera being a good recent example.

It’s just that getting the attention of WSBK team bosses is only going to get tougher when more and more talent, most of it extremely young, is likely to come from the grand prix paddock.

Asked about Honda’s decision to replace he and Haslam with two Spanish rookies from grands prix for 2022, Iker Lecuona (21) and Xavi Vierge (24), Bautista said last weekend at Jerez that he felt his success in WSBK had helped changed perceptions about the series among grand prix riders.

"I’m happy if they [Lecuona and Vierge] come to this championship. More riders, [higher] level, so I have to be happy. I feel a part of this growing up." 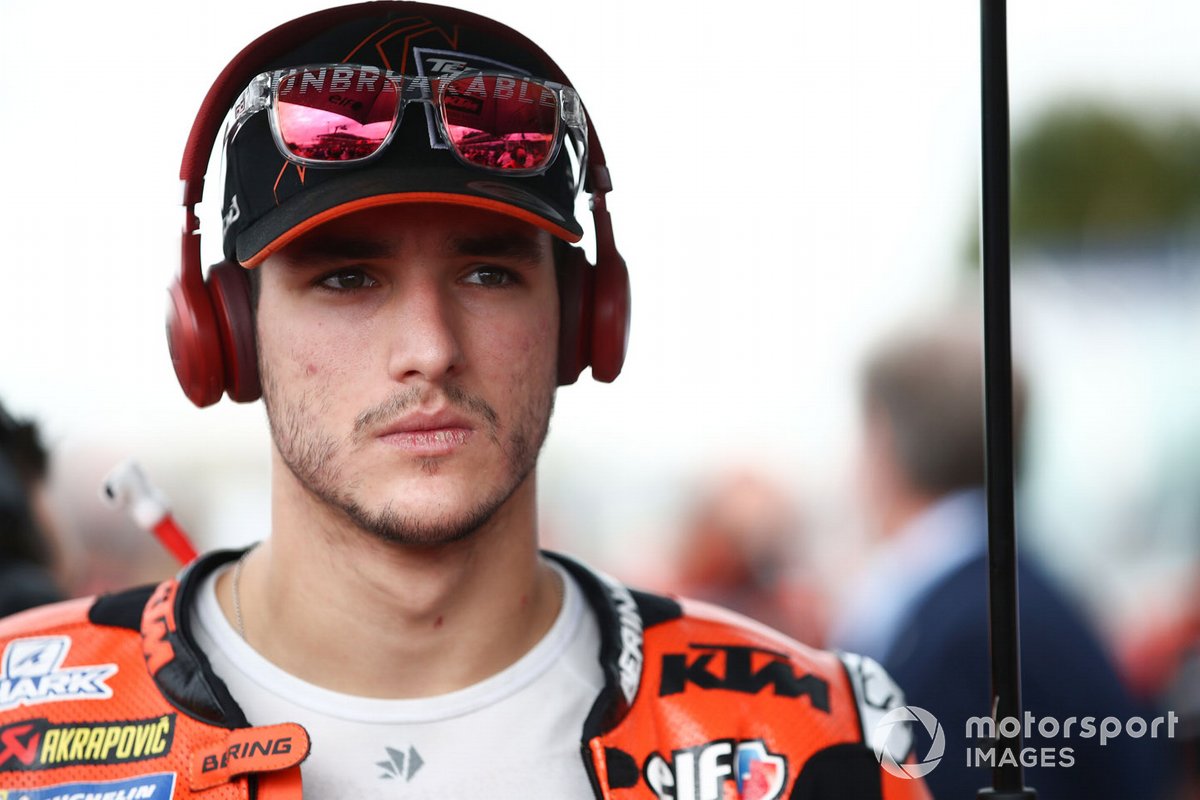 Leucona and Vierge won't be the last riders coming from the grand prix paddock, either. MotoGP has just undergone a generational change, with seven of the top 10 in the current standings being 26 or younger. Many of these riders can therefore be expected to hang around for at least another five or 10 seasons if they choose, assuming they avoid injury.

That's likely to mean a lot of well-qualified riders that find themselves locked out of top MotoGP rides taking a close look at opportunities in WSBK or even World Supersport, which is becoming home to ever-greater numbers of Moto2 refugees. Given the make-up of these series, a lot of Spaniards and Italians could be following in the footsteps of Bautista in the seasons to come, which will leave even fewer spaces for any breakout BSB stars of the future.

Consider also that Yamaha rider Andrea Locatelli, who looked average in Moto2, has shown that even grand prix riders without stunning CVs can make perfectly good WSBK riders given the right opportunity.

The Italian made the move to WSBK via one season in World Supersport, where the top three in the current standings (Dominique Aegerter, Steven Odendaal and Philipp Oettl, as you ask) are all riders with recent grand prix experience. And, besides a few outings for Danny Webb earlier this year, that championship is currently totally bereft of British representation.

A return to 2008, with no British riders on the grid at all, looks unlikely in the near term. Rea still has several years ahead of him before retirement, while Lowes and Redding are also young enough to be featuring on WSBK entry lists deep into the current decade. And perhaps Mackenzie and others will join them eventually.

But the days of almost a third of the WSBK grid flying the Union Jack and Britons monopolising the podium definitely look to be drawing to a close. 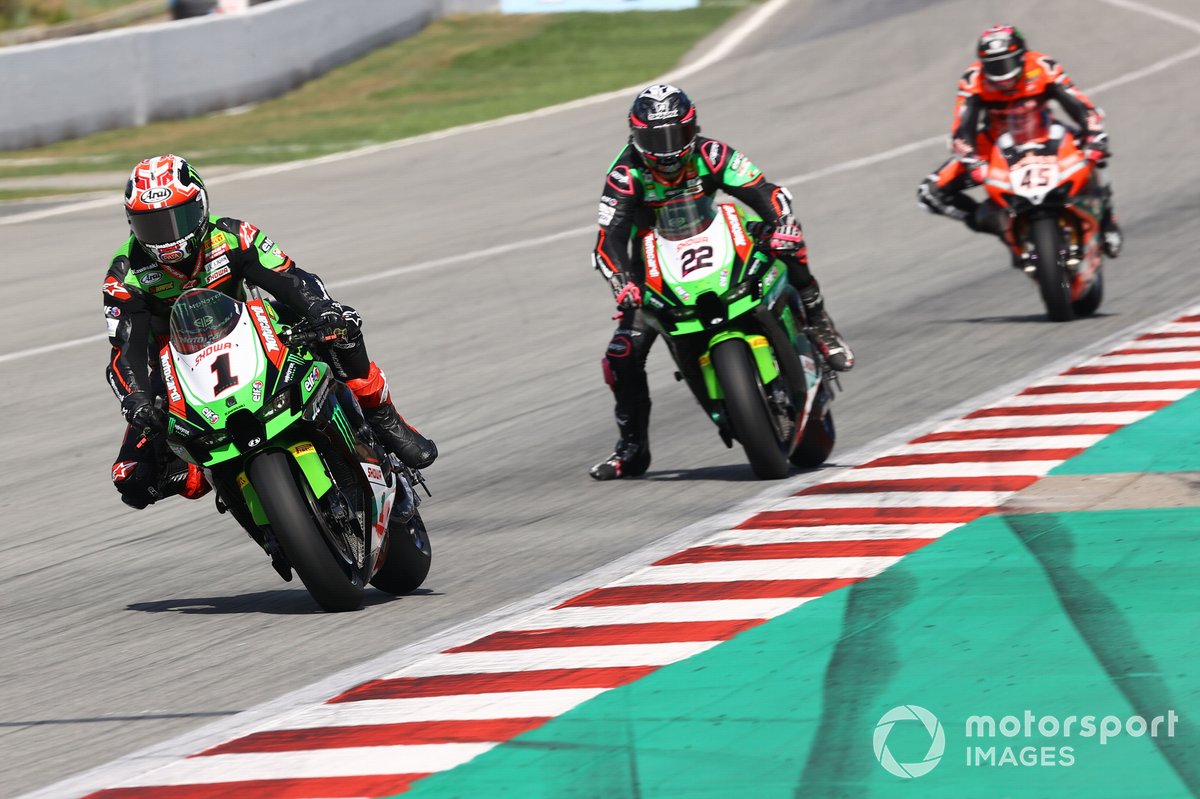