Ducati rider Alvaro Bautista says he is aware that his early run of success in the 2022 World Superbike season will eventually end and that he must be prepared for his "turn to suffer".

Bautista has been in fine form since his return to Ducati at the beginning of the year, winning half of the races so far in 2022 to stretch out a lead of 36 points over Kawasaki star Jonathan Rea and a 79-point advantage over reigning champion Toprak Razgatlioglu.

While his rivals have been beset by fluctuating form, technical issues and even a crash between themselves, Bautista has enjoyed a clean run in the opening third of the season, finishing all 12 races across the first four rounds on the podium.

But the Spaniard says it would be wrong to get carried away with his form, suggesting that the next round of the championship in Donington Park in July could prove "very tough" for Ducati and give his Kawasaki and Yamaha rivals a chance to catch up to him in the standings.

"We have to be prepared when it will be our turn to suffer," Bautista said. "At the moment everything is going well.

"But for sure we will arrive at a moment where we will suffer and we have to be prepared for that, and to stay down, try to keep calm and be strong in the moment, because when everything is coming good it is easy.

"The thing is [when times are] difficult you can see if it is a good rider or not. For example Toprak struggled to win but he just kept, kept, kept [trying] and on Sunday he won [in the superpole race]. I think it is the difference between a good rider and a champion rider.

"So let's see when it is our turn [to struggle] because I'm sure we will arrive sooner or later and we have to be prepared for that and not panic.

"I think next time in Donington, three years ago [that] was difficult for us. Now I don't know because the bike fortunately has changed a little bit. But I think the next race will be very tough for us." 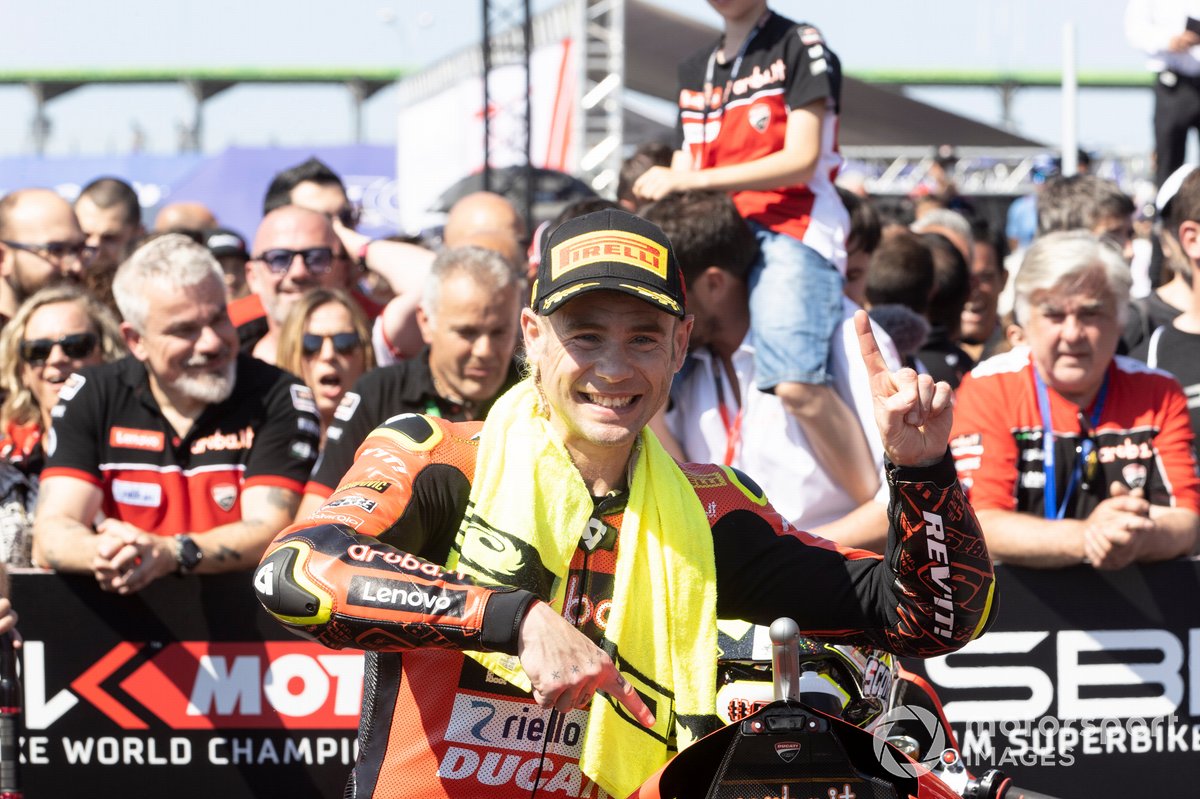 Bautista says he still prefers to lead from the front and not have his riding style compromised by others, but feels he is now much stronger in duels compared to his previous stint with Ducati in 2019.

"If I have a bit more pace I prefer to stay in the front because then I can ride myself with the reference," he explained.

"My strong point is acceleration but I cannot brake the same because if I have another rider I cannot do the same speed in corners.

"Going behind a rider I cannot do my riding style so I cannot use the potential of the bike. When I'm in front I can.

"But in any case I showed I can fight as well like this Sunday morning in Superpole with Jonathan or with Toprak this afternoon.

"I feel stronger than three years ago for the same point, it was more difficult to fight with other riders [in 2019]."