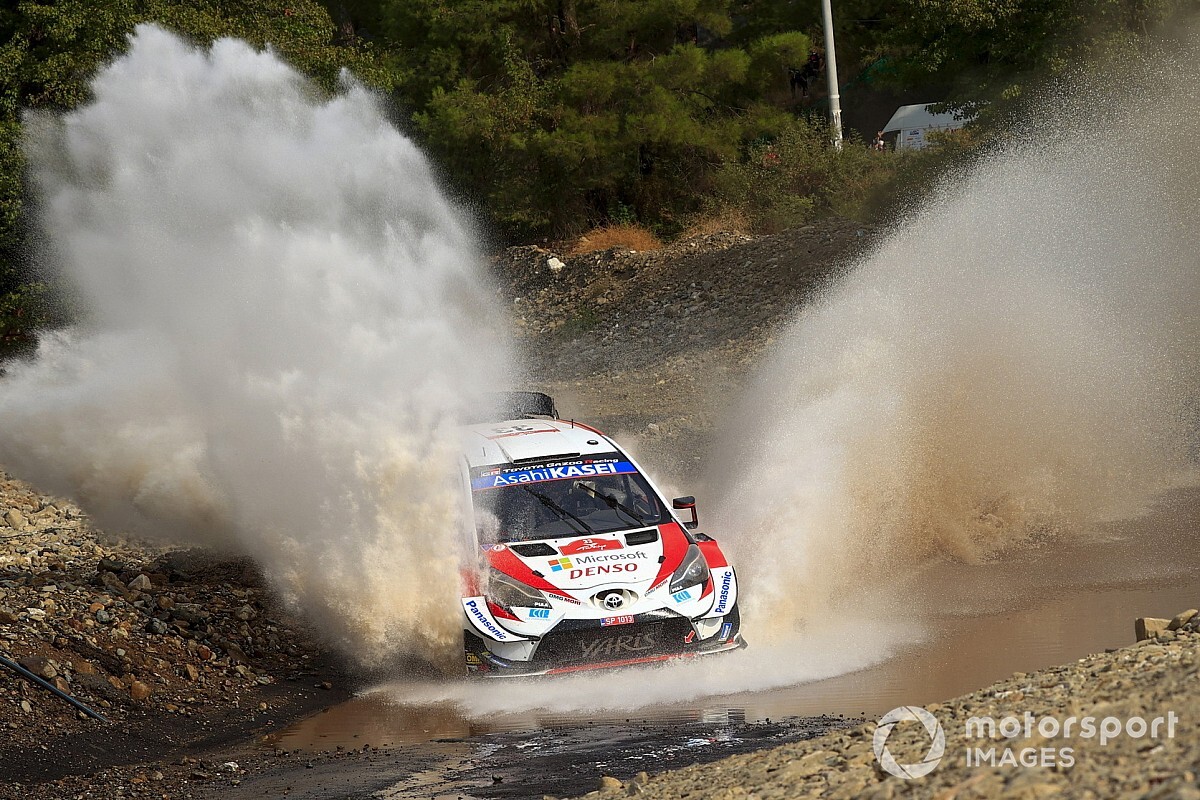 Toyota’s Elfyn Evans insists he is taking nothing for granted as the new leader of the WRC standings after title rivals Ott Tanak and Sebastien Ogier both suffered setbacks on last weekend’s Rally Turkey.

Evans won the toughest event on the calendar by 35.2 seconds, and set the third fastest time on the Power Stage to collect three bonus points, to reclaim top spot in the drivers’ standings.

With just two rounds scheduled to run in 2020 – next month’s Rally Italy and November’s Rally Ypres – his advantage is 18 points. It was his second win of the campaign following his success on February’s Rally Sweden.

Asked how significant it was to be leading the WRC as it enters the business end of the season, Evans said: “It is better that way than the other way round – [but] I haven’t really given it too much thought. Who knows what will happen between now and the end of the season?

“We know that, ultimately, one retirement and it’s flipped on its head again. We have to keep our heads down for the next rallies.”

Evans’ bid to become the first British World Rally champion since the late Richard Burns back in 2001 was boosted when Tanak retired on Saturday morning’s first stage with steering failure, and Toyota teammate Ogier had to park up his Yaris on Sunday’s infamous Cetibeli stage with engine problems.

Evans said he would have preferred to have taken his place on the top step in different circumstances.

“Of course, I’m very happy [but] I would say it is not the sweetest of my wins,” he said. “You never want to win in these circumstances. It is good points and that is what we came here for.

“Fortunately here, as we know, it is a bit of a lottery. There is only so much you can do to influence that. This time, we were on the right side of that. There have been situations in the past where we have been on the dark side of circumstances. I think we have to take this [win] and be happy for it.”

Ogier revealed that the issues he encountered were a first for the Toyota team. His car developed electrical gremlins on the Saturday, leaving it with front-wheel drive only, before it was struck down with terminal engine failure on the Sunday.

“The truth is we were pretty unlucky last weekend with two major problems that never happened before to the team,” the Frenchman told Motorsport.com. “I'm very confident that the team will investigate and do everything they can for it not to happen again.

“But that’s mechanics and in motorsport we sometimes use to say that it's better to have all the problems at the same weekend instead of every weekend! For sure, in such a short championship, it's not good to have a zero-point weekend with technical failure.”

Toyota team boss Tommi Makinen was quick to apologise for the manner in which Ogier, who was fighting for second place at the time, retired.

“We are very, very sorry for what happened to Seb,” he said. “He was not the lucky man last weekend – he could still have been fighting for the victory.”