Sebastien Ogier says he is “learning to appreciate” the value of stage wins more as a World Rally Championship driver after reaching 600 on the opening day at Rally Croatia.

The seven-time WRC champion made history by chalking up his 600th at Rally Croatia this afternoon, arriving at the milestone by negotiating the ‘Jaškovo to Mali Modruš Potok’ test three-tenths of a second quicker than Thierry Neuville, who provisionally leads the Zagreb-based event overall by 7.7s.

Ogier continued his purple patch into Friday’s closing stage, completing it 1.2s faster than Ott Tanak, which was good enough to help him leapfrog his Toyota team-mate Elfyn Evans into second place in the overnight standings behind Neuville.

In the league table of WRC stage winners, Ogier is only behind Hannu Mikkola (666), Juha Kankkunen (700), Carlos Sainz (757), Markku Allen (821) and fellow countryman Sebastien Loeb who leads the way with 925 career stage wins in the WRC.

“It’s a nice number,” admitted Ogier. “But some have done better, so it’s not a record, but I obviously like to win stages and I will try to add some more wins for sure.

“I have to say there was a time when I was winning a lot of stages in a season but now, with such an intense fight in the championship between five guys, we are sharing a bit more all these wins.

“I guess they have become harder to win; maybe I should appreciate them more.” 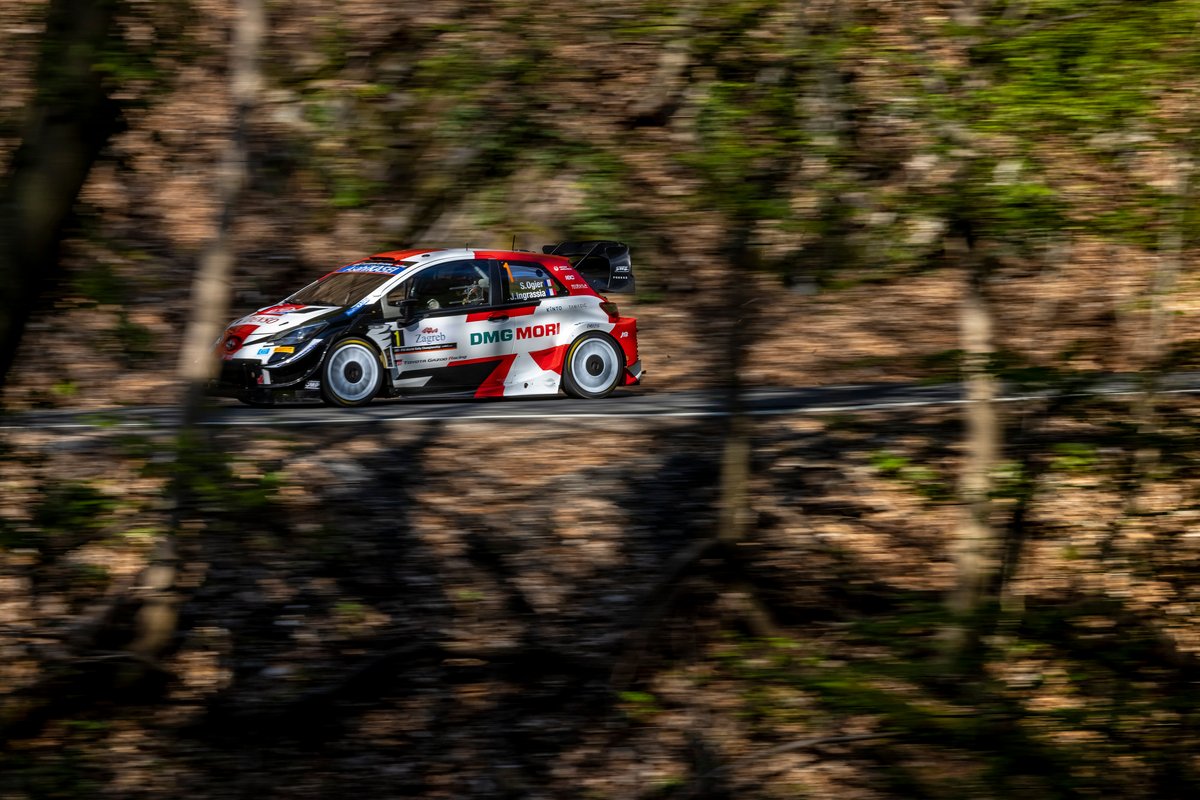 Fastest times on the second pass over ‘Jaškovo to Mali Modruš Potok’ and ‘Pećurkovo Brdo to Mrežnički Novaki’ were the result of Ogier resorting back to an asphalt set-up he was more familiar with.

Prior to making this change at lunchtime service, the 37-year-old was dropping time because of an understeering Yaris. He also lost ground with his title rivals in the early exchanges when he picked up a puncture on the first test.

“All in all the day is correct and we are in the fight – that’s what we need,” he said. “Tomorrow is another tricky day with some sections where the grip is going to change often – like we saw today – but for sure I am happy.

“This morning I made a little bit of a mistake with the set-up; I went a way I never tried in the test and I didn’t feel 100% to use the car.

“This afternoon I went back to something I know – and it already felt better. We can see that the gap is now closed [to Thierry], so we will have to keep pushing tomorrow.”