Esapekka Lappi has been confirmed as an M-Sport Ford World Rally Team driver alongside Teemu Suninen for the 2020 WRC season.

Both Finnish drivers will tackle all 13 rounds of this year’s series, while Briton Gus Greensmith gets nine rounds aboard a Ford Fiesta WRC.

M-Sport's decision to sign Lappi to the car Elfyn Evans vacated in favour of a Toyota drive closes out the final factory seat in the WRC in 2020.

Lappi, who lost his seat when Citroen departed the WRC after last season, won his first rally title – the 2012 Finnish Rally Championship – in a Fiesta S2000 built by the British squad.

“I’m really looking forward to this new adventure and I’m excited to see what we can achieve," said the 28-year-old.

"M-Sport Ford has a real passion for rally and there were a lot of talented drivers available for this seat, so I’m very happy they put their trust in us – giving myself and Janne [Ferm, co-driver] an opportunity to show what we can do in 2020.

“We start testing this week, and I’m really looking forward to discovering the Fiesta. The last time I drove a Ford we had a lot of success and it would be great to see that continue this year. I can’t wait to get started, and hope we can push for some strong results.”

The combination of Lappi and Suninen returns M-Sport to an all-Finnish line-up.

Team owner Malcolm Wilson said: “We’re going back to our roots in more ways than one this year – fielding a young team and welcoming Finns back to the family.

"We enjoyed some fantastic results with Marcus [Gronholm], Mikko [Hirvonen] and Jari-Matti [Latvala] and now I’m looking forward to seeing how the next generation of Flying Finns develop.

“But our core philosophy has always been the promotion and progression of young talent, and in Esapekka, Teemu and Gus we have three talented youngsters who are all capable of delivering some strong results.”

The Manchester-born driver said: “I have been waiting for this opportunity my whole life. Now I have it. I owe a lot to everyone at M-Sport and Ford who has helped me progress as a driver, but there is a lot more to come. 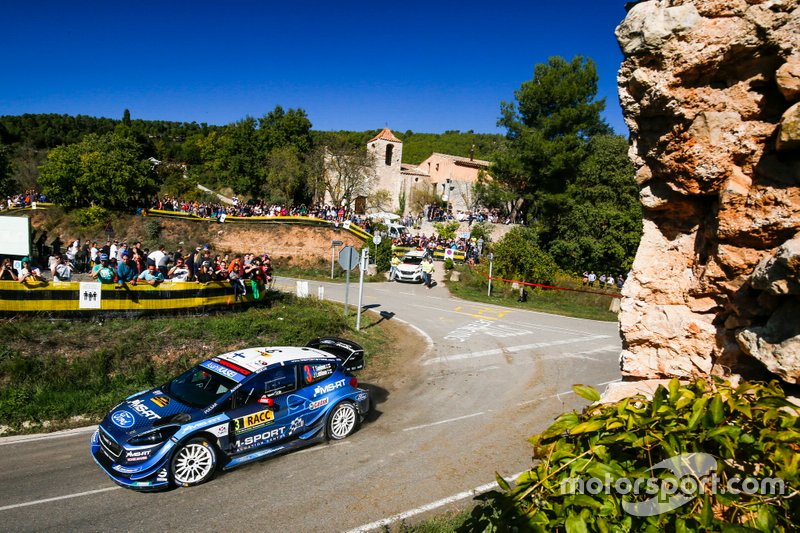