Kalle Rovanpera continues to lead the Acropolis Rally but will take a slender advantage into Saturday after fightbacks from Ott Tanak and World Rally Championship points leader Sebastien Ogier.

The Toyota driver finished fourth and second fastest on the two afternoon stages, won by teammate Ogier and Hyundai’s Tanak respectively, leaving the Finn with a 3.7s lead over Tanak, while Ogier is 0.3s further back in third.

Elfyn Evans remains outside of the points as his gearbox issue continued, leaving him stuck in gear for both stages. The Welshman reached the finish 4m46.7s adrift.

Thierry Neuville managed to partially fix his power steering problem but is more than two minutes behind Evans as the day ended with organisers being forced to briefly red flag the final stage when Pierre-Louis Loubet blocked the road after a suspected steering failure.

Despite being first on the road, Ogier claimed his second stage win of the event by winning Stage 5, the longest of the day at 23.27kms. The test featured some damp gravel from the week’s earlier heavy rain.

The Toyota drivers admitted he struggled with his Yaris but his time suggested otherwise as he managed to comfortably beat rally leader Rovanpera, but it was Neuville who incredibly was the Frenchman’s nearest rival.

After completing some power steering repairs on the road section, Neuville hauled his Hyundai through the stage only 2.3s shy of Ogier.

"Fix is a big word, but at least it's driveable,” said Neuville. “The pipe was broken. I was able to glue it, but still we have to refill oil every time and we couldn't do it in one. It's not easy - some electrical issues make it even more difficult."

Rovanpera also struggled with the handling of his Toyota and had to settle for fourth-fastest behind Sordo, after dropping 4.7s to Ogier, who had clawed to within 2.8s of his teammate on the overall leaderboard.

Tanak was another driver battling with his car as he dropped to third overall behind the impressive Ogier.

"I am just really struggling with the car, no feeling at all. I am doing my best but it's not so enjoyable,” said Tanak. 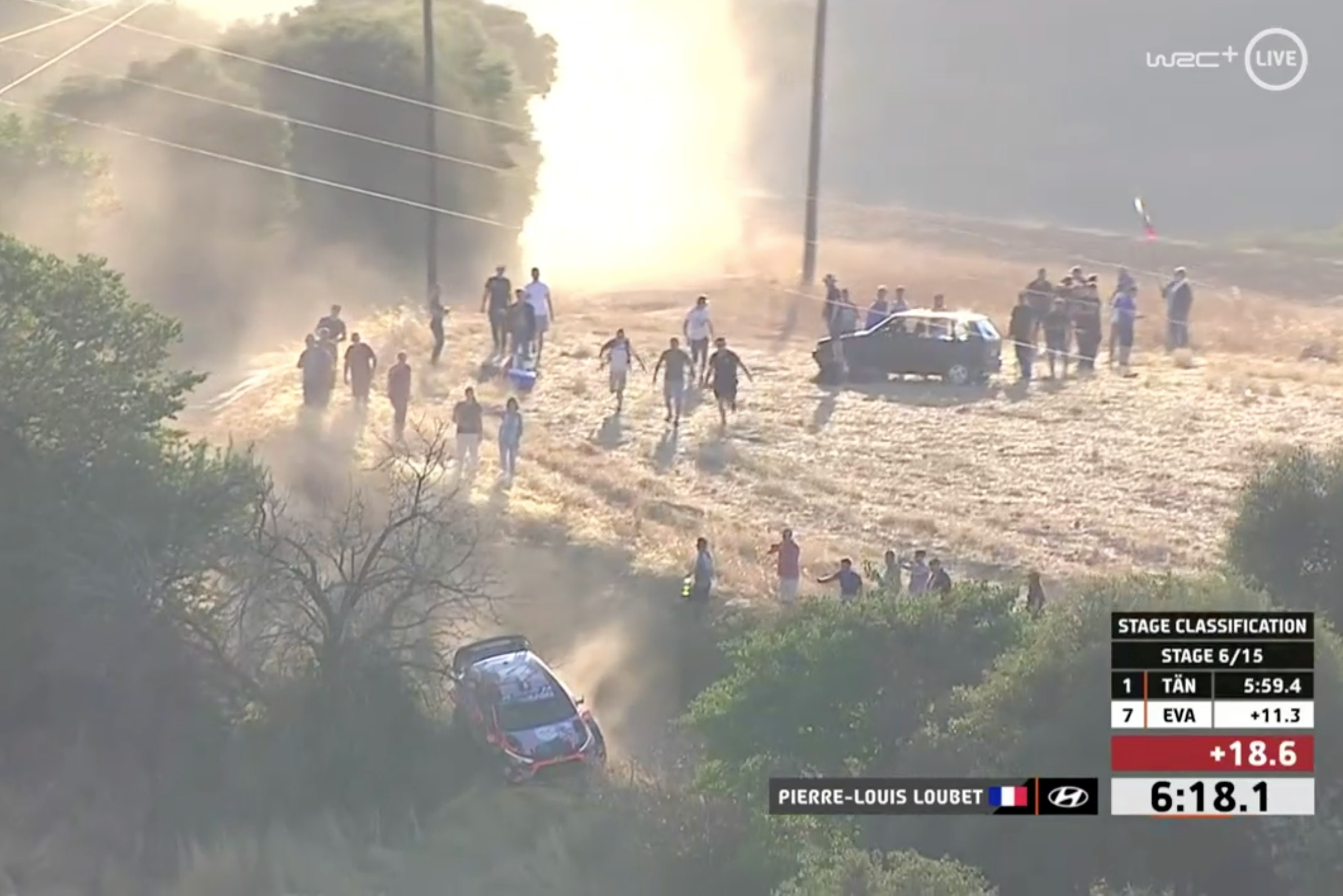 Fourmaux was the fastest of the M-Sport Fords in sixth ahead of Loubet, who suffered two slow punctures, while Greensmith in the second Ford had a spin early in the stage and lost time.

Evans continued to battle gearbox issues completing another stage stuck in gear, losing another 50s on the leaders.

While his handling issues continued, Tanak fought back to win the final stage of the day by 2.5s from rally leader Rovanpera, in what was the closest fought contest of the day.

Sordo was third fastest some 3.2s behind but a tenth fastest than Fourmaux, who was three tenths quicker than Ogier.

Evans managed to bring his Yaris to the finish despite still being stuck in gear some 11.3s adrift shortly before organisers red flagged the stage due to an incident involving Loubet.

Loubet appeared to suffer a steering failure that saw him slide off the road, teetering on the edge of a bank perilously close to the stage end. With the help of several spectators, the Frenchman managed to drag the car to the stage end.

Neuville was the first to come across the stricken Loubet and the Belgian stopped to check if the driver was ok before jumping back in the car to crawl the finish.

In WRC2, Marco Bulacia leads Andreas Mikkelsen by 5.4s after a hectic Friday that saw the two contenders drop out in the form of Mads Ostberg and Oliver Solberg.

Ostberg’s day started with a. Front differential failure on Stage 2 which triggered a small fire. The Norwegian managed to limp through three stages before eventually retiring on Stage 5.

Early leader Solberg also retired for the day at least after his Hyundai developed a suspension issue over the rough gravel stages.

The Acropolis Rally continues on Saturday with a further six special stages, beginning at 0532 GMT.