Elfyn Evans says “anything can happen” yet in the World Rally Championship title fight but admits it will take something “radical” to deny Sebastien Ogier at next month’s Monza decider.

Championship leader Ogier only needed to outscore Evans by six points on the Spanish tarmac to secure an eighth world title, but a strong performance from the Welshman ensured the title fight will go down to the wire, closing the gap to 17 points with 30 available in Monza (18-21 November).

In a strange twist of fate it will be the second time in as many seasons Evans and teammate Ogier will go head-to-head for the championship in Monza. Last year Evans had the advantage heading into Monza but crashed out in the snowy conditions, which ultimately handed a seventh title to Ogier.

Speaking about the title battle after finishing second in Spain, Evans is aware the smallest mistake from his rival could put him firmly in the championship hunt in Italy.

"My thoughts are that it [the title] is still alive and it's probably a very similar situation to last year, except the shoe is on the other foot,” said Evans.

“We know anything can happen but we also know Seb is a pretty smart guy and it is going to take something pretty radical to overtake him, but having said that it is quite clear what we have to do in Monza.

“Seventeen points is still quite a big gap, so we have to go there and try to win and the Power Stage could be quite crucial also.

“Ultimately it is going to take a mistake or an issue for Seb [for me] to be champion but anything can happen.” 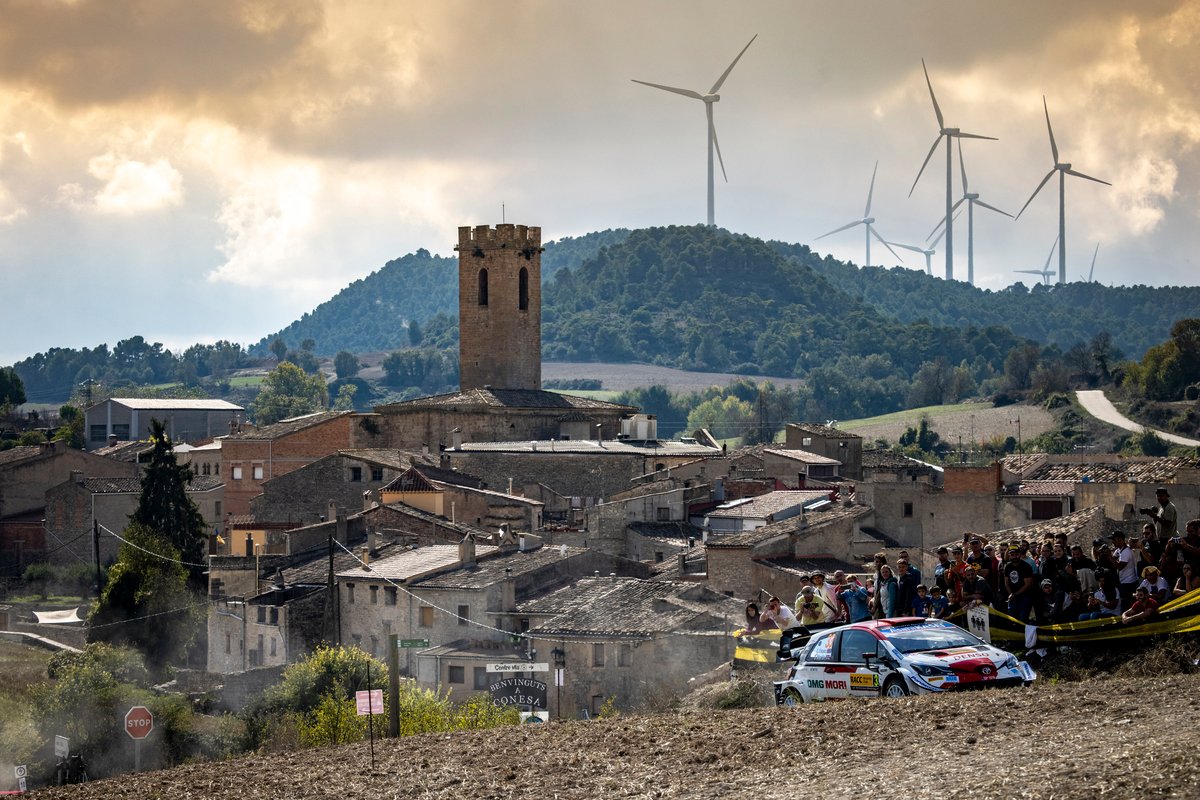 Reflecting on this weekend’s run to second, Evans was frustrated at only being able to take seven points out of his rival having shown impressive speed in the opening stage on Friday.

“It should have been more [more than seven points gained],” he added.

“It is what it is now. We are going to look at it and we already know some of the reasons why we perhaps prepared or do as well as maybe we should have done before coming to the event.

“Being early on the road on Friday in the first pass, the road was still very clean and as a result of that we were really able to drive with a car that was a bit of a racing car as such and we were able to get a good feeling overall.

"But unfortunately then in the afternoon we had more gravel on the roads, I really struggled to feel comfortable in the car to be honest.

“Of course, I had a pretty big moment on the middle stage on Friday which was quite costly in terms of a confidence knock and a loss of time on that stage.

“We have been trying to work around those problems that we had during Friday afternoon to make the car better, but unfortunately we ended making small improvements, but actually costing some balance in the car, which brought some understeer.

“I really struggled to feel comfortable, so it has been a frustrating weekend on that side.”