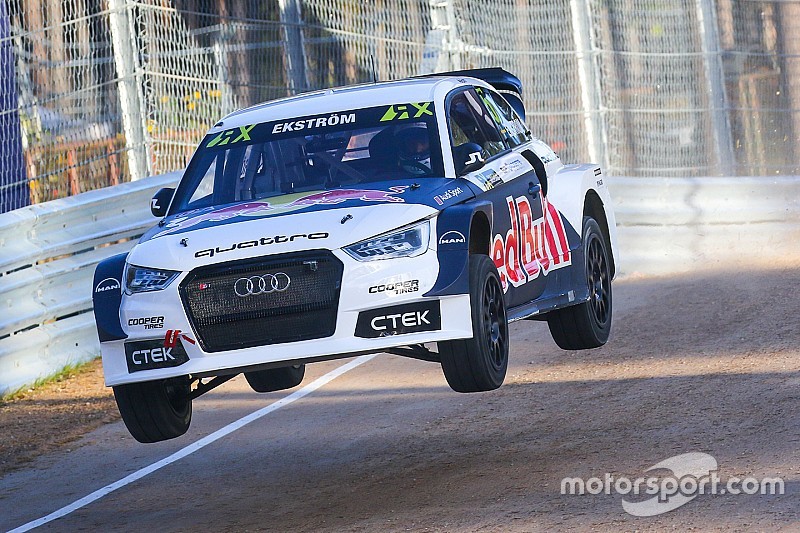 Long-time Audi DTM driver Ekstrom won both the Drivers’ and Teams’ World Rallycross Championship titles with his privately run EKS squad last season, fielding Audi S1 quattro Supercars, but will receive an increased level of support from Audi Sport going forward alongside its programmes in Formula E and the DTM, following its withdrawal from the World Endurance Championship at the end of last year.

“We realise that it’s going to be increasingly difficult for EKS to hold its own against the factory teams (in World RX), so we chose to intensify our World RX commitment,” said Dieter Gass, head of Audi Motorsport.

Ekstrom created his EKS team for the 2014 season and won his home round of the Championship in only the team’s third event at Holjes.

In Ekstrom’s first full campaign behind the wheel last year, he won the title, having raced in both the DTM and World RX at Hockenheim on the same weekend in May, and missed the DTM finale to compete in the Estering round of World RX in October, where he sealed the title.

Ekstrom suggested last year that he may not be able to continue in World RX if he didn’t attract Audi Sport backing for the defence of his team’s titles.

Since EKS’s inception, the team has had access to Audi Sport’s suppliers and partners, but 2017 will be the first time Audi has had an official presence in World RX.

“We laid a lot of groundwork as a team in the first three years, gathered important experiences and set new standards with EKS,” said Ekstrom.

“But it was also clear to us that we’d need support for the future in order to be able to continue on this level. That EKS is now receiving factory backing by Audi makes me very happy. I’m convinced that rallycross has a great future, also with respect to potential electrification.”

Audi Sport’s announcement comes following the news that Petter Solberg’s PSRX team will be backed by Volkswagen Motorsport this season in World RX, the two German marques joining Ford and Peugeot as manufacturers backing teams in the series.

It is yet to be confirmed whether 2016 EKS driver Toomas Heikkinen will be retained, or if Ekstrom will compete in every round, following the confirmation that he will challenge for his third DTM title this season, in his 17th year in the series.

“I have good prospects in the DTM and would like to become champion for the third time,” he said. World RX and DTM will once again race on the same weekend at Hockenheim at the start of May.

Ekstrom missed the World RX event at Hockenheim in 2015 to focus on his DTM commitments, while he raced in both championship’s last year and won the World RX final, his first of three victories in a row that formed the backbone of his title-winning campaign.