Team owner and driver Ekstrom announced his departure from World RX as a full-time driver immediately after the final round in South Africa last month, following the loss of works factory support for his squad in August.

The two-time DTM champion has now revealed that the team, which made its World RX debut in 2014 and won both the drivers' and teams' titles two years later, will take a break from the sport in 2019.

“After five amazing years where we had so much support, so much fun, a great team and great support of all our partners, we have decided that we will take a break and we will not be on the grid for the 2019 season,” said Ekstrom in a video on the team’s social media.

“When I started EKS back in 2014, my dream was to make a team that I always dreamt of being the driver for. That meant a white[-liveried] team with the best people, the coolest brands, the greatest partners and the greatest cars.

"The Audi S1 in the new version was the dream car for this project and now five years later, we can only say it was a success.”

Ekstrom won the team’s third-ever event at Holjes and claimed the title in his first full season. He has subsequently finished second to Johan Kristoffersson in the following two years.

“In 2014 when EKS started we were a private team. For 2017 and 2018 we had Audi factory support and we were a factory team,” he said. “That was something great for us and I want to also say big thanks to Audi for believing in EKS, myself, all the drivers and in the end we managed to be champion once and twice we were runner up, something to be proud of.”

The Swede’s 2018 teammate, Andreas Bakkerud, finished third in the points in his first term with the squad having been left without a drive at the end of 2017 when Ken Block’s Ford-backed team withdrew from the series. Bakkerud’s EKS drive has been in doubt since Audi withdrew its support, but the Norwegian’s departure from the team has now been confirmed by Ekstrom.

“I want to say thanks to all the drivers who have been part of EKS,” said Ekstrom. “Andreas, I’m sorry again that your programme was cut short. Something is that you miss a bit of luck, but remember that hard work pays always off, so good luck my friend.”

Bakkerud is taking part in the DTM young drivers' test with Audi this week.

In conjunction with Audi Sport, EKS developed three 2018-specification S1s this year, and has produced a total of eight cars in its five-year programme. Ekstrom says his squad will support the new owners of the S1s, but is unsure of the EKS’ own future.

“Now we are going to sell our cars and I really hope that the new owners will have as much fun as we have had with them,” he said. “EKS will definitely support the new owners [so] that they can also have success and hopefully also get some trophies. What the future will bring we do not yet know.” 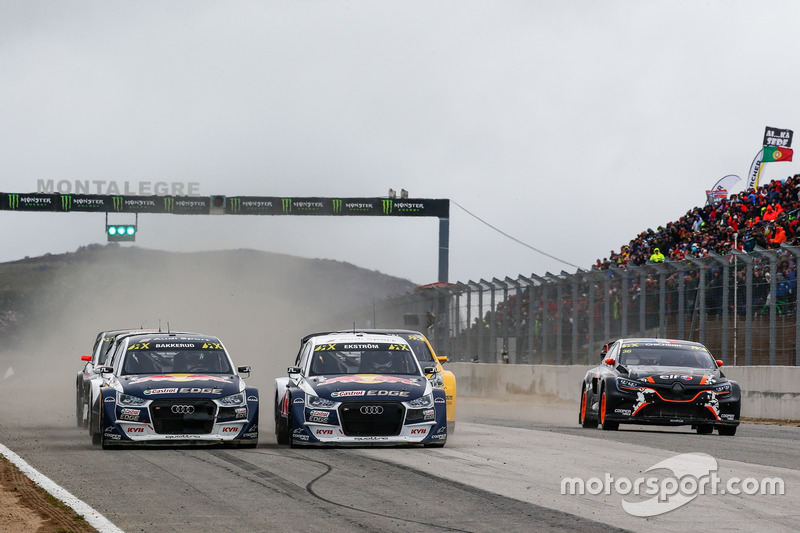 FIA and WRC promoter to run World Rallycross from 2021

EKS expands to four cars for Latvia World RX round