Winning Toyota drivers expected to be third at Spa

The drivers of the winning #7 Toyota in Saturday's Spa round of the FIA World Endurance Championship have admitted they went into the weekend expecting to be third due to their success handicap.

Mike Conway, Jose Maria Lopez and Kamui Kobayashi scored their third win of the 2019/20 campaign as the WEC returned to action in mixed conditions in Belgium, leading a one-two for Toyota ahead of their stablemates in the #8 TS050 Hybrid.

The #7 car was carrying the most severe success handicap heading to the weekend of 3.52 seconds a lap as a result of its advantage in the championship, compared to 3.08s a lap for the sister #8 car and 1.58s for the solo Rebellion R-13.

But a combination of the weather, which effectively removed the pole-sitting Rebellion from contention, good tyre calls and intermittent electrical problems for the #8 car all combined to give Conway, Lopez and Kobayashi a fairly comfortable win.

Sebastien Buemi, Brendon Hartley and Kazuki Nakajima eventually brought home the #8 car 34 seconds down at the finish, although the #7 car's lead had been as big as a minute before the third safety car period of the race in the third hour.

"To get the win was quite unexpected with the penalties we have, I have to say," said Conway. "We thought we would finish third this weekend, maybe second if things were mixed up.

"At the beginning Seb [Buemi] was pretty quick, it was hard to keep up, but then they had some issues on their car so we caught the gap up.

"After that it was the right call to go on slicks when we did and we extended a big gap. But it kept changing throughout the race with the safety cars.

"Very challenging all the time, car 8 was very quick in sectors one and three with their extra boost. But we managed to pull it together, got the car well-dialled in, the engineers changed some things overnight and it really worked out well for us today." 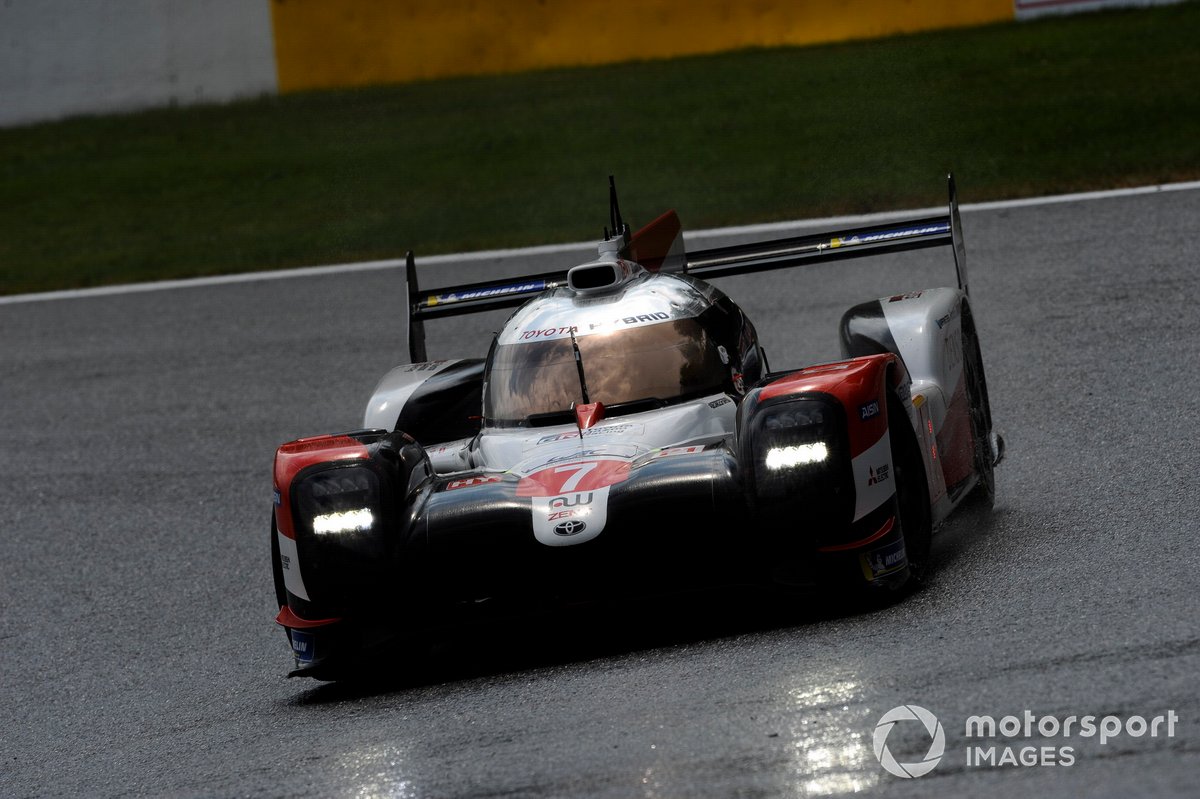 Having come to Spa with a five-point advantage over their stablemates in the #8 Toyota, Conway, Lopez and Kobayashi now head to next month's double-points Le Mans 24 Hours with 12 points in hand over Buemi, Nakajima and Hartley.

Lopez also admitted that in a dry race it would have been difficult to trouble Rebellion, which had topped every session leading up to the race.

"We arrived here with the penalty and in the best conditions we could achieve third place or maybe second," said Lopez. "But, unlike the other years, today everything went in our favour.

"Firstly, without the rain we couldn’t have beaten Rebellion, they were quicker in dry conditions. I think that gave us the possibility to fight as a team.

"And then all the calls we did on the tyres, they were at the right time. We didn't know what was going to happen with the weather, but everything went in our favour today."

Kobayashi added: "This week our team and my teammates did a great job, we didn't do any mistakes. We did a perfect job.

"This is just before Le Mans, so for us it's very important to put [everything] together especially after the long break [since the previous WEC race at Austin in February]." 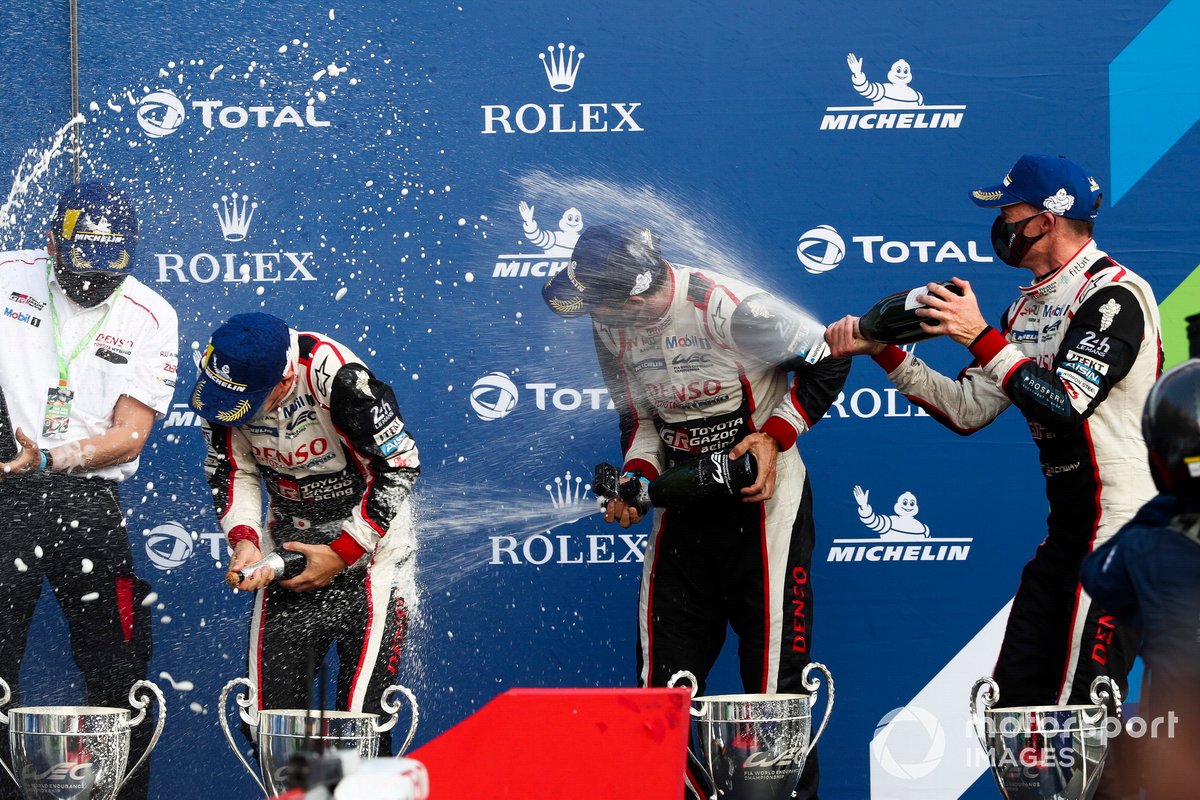