Sarrazin was part of SMP Racing's WEC programme last year, but was left on the sidelines when the Russian squad announced the termination of its LMP1 project earlier this month.

The 43-year-old however was called up to test for the factory Team LNT Ginetta squad at Barcelona on Tuesday, with his experience of the AER engine considered a valuable boost.

After sampling the G60-LT-P1 on Tuesday, Sarrazin told Motorsport.com he is convinced Ginetta has the potential to challenge Rebellion Racing for top LMP1 privateer honours in the 2019/20 campaign.

"It was a big shock," Sarrazin said of the SMP announcement. "I felt very well in the team, we did an incredible improvement in one year and a half.

"It’s impossible to beat Toyota for sure but it was a good fight with Rebellion, it was exciting for the drivers and the team. But it’s like that, you never know what will happen.

"After that I had no drive, then I had a last-minute call from Ginetta. I think we can do a good job. The engine is reliable now, [AER] worked very hard for a year and a half with [SMP]."

He added: "I don’t know what [Rebellion] will do. They have a good level, good experience, so it can be a good target to fight with them, like we did at SMP."

Sarrazin said he had seen early signs of the G60-LT-P1's potential during a tyre test in Aragon back in April, when SMP shared the track with Rebellion and Ginetta.

"It’s why I’m here in fact," said the Frenchman. "I was impressed by the Ginetta at Aragon. They were quick and I say ‘woah, this car is good’. When they called me I said yes immediately, because with very little experience they were already quick."

Sarrazin completed 14 laps during the morning session, but had to leave Barcelona early in order to attend a rally event with his own team in Italy.

"It’s been a good start," he said. "We need more laps, and it’s a new aero package, so we need to set it up. The car looks fine, nothing wrong, and the team is really pushing." 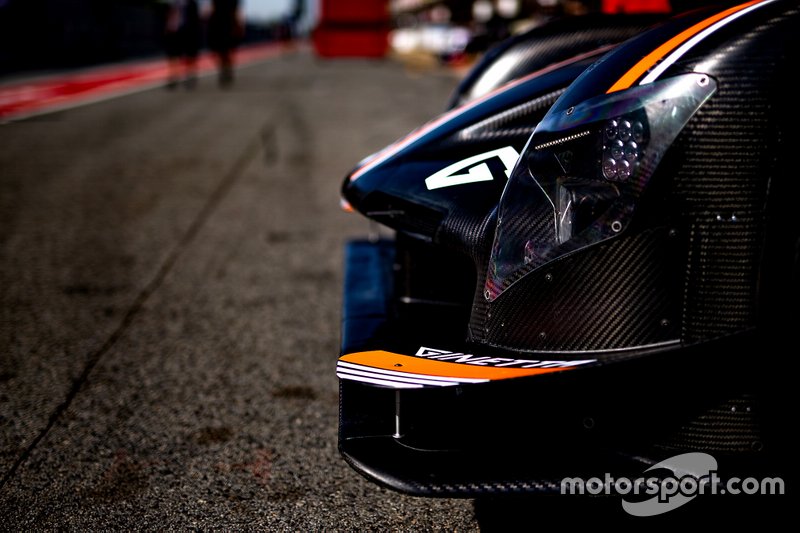 WEC Prologue: Rebellion gets within 0.5s of Toyota