Ginetta will not participate in this month's FIA World Endurance Championship round at the Circuit of the Americas, leaving just three LMP1s on the entry for the Austin, Texas race.

The British marque's pair of AER-powered G60-LT-P1s are absent from the latest version of the entry list for the Lone Star Le Mans race, although its cars did appear on the entry list issued for the Sebring 1000 Miles issued last week.

A brief statement from Ginetta cited "significant planned maintenance after Bahrain" for the absence as well as the change in venue of the race from Interlagos to COTA.

It said: "The cancellation of the earlier WEC race in Brazil and the new race at COTA made it impossible to do the planned work at our facility in Virginia, so the cars were shipped post-race back to Ginetta UK; the cars hopefully arrive at the factory today [Tuesday]."

It leaves just two Toyota TS050 Hybrids and a sole Rebellion R-13-Gibson on the grid at Austin, marking the lowest top-class car count in WEC history.

Ginetta's absence from the race has been partly counter-balanced by an extra entry in the LMP2 ranks from former regular WEC squad DragonSpeed.

The Elton Julian-led outfit, currently participating in the European Le Mans Series and IMSA WeatherTech SportsCar Championship, will field a solo Oreca 07 to bring up the size of the class to nine cars, and the grid in total to 30 cars.

Ginetta skipping the race has freed up DragonSpeed regular Ben Hanley to take part alongside bronze-rated Henrik Hedman and IMSA star Colin Braun, the trio having taken LMP2 victory in the Rolex 24 at Daytona along with Harrison Newey.

Corvette Racing has named its drivers for the first of its two one-off WEC outings with the brand-new mid-engined C8.R, Jan Magnussen and Mike Rockenfeller.

Both men were part of the Corvette programme previously but were dropped for 2020 - Magnussen was replaced in the brand's full-time IMSA line-up by Jordan Taylor, while Audi factory driver Rockenfeller was ruled out of his usual 'third man' role due to a clash between the Le Mans 24 Hours and the DTM.

It remains to be seen if either driver will have any role at Corvette going forward. Motorsport.com has contacted the team for comment. 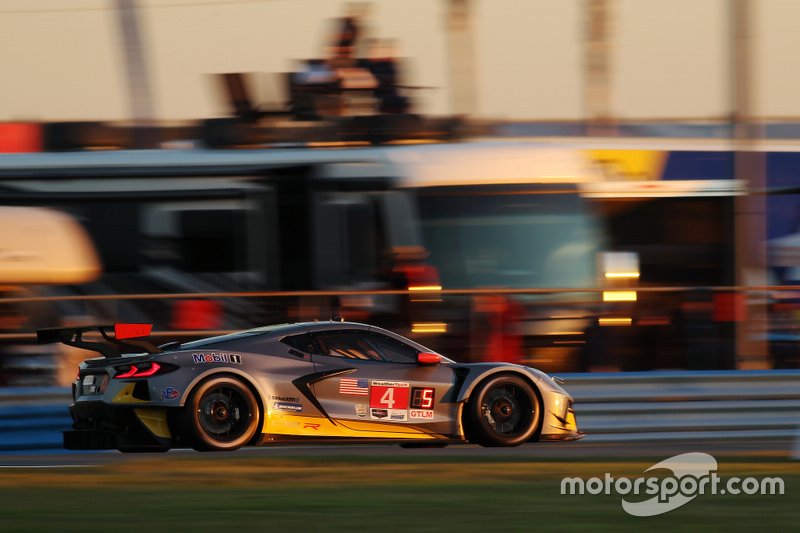