Rast and Vanthoor: Next in the Audi LMP1 queue 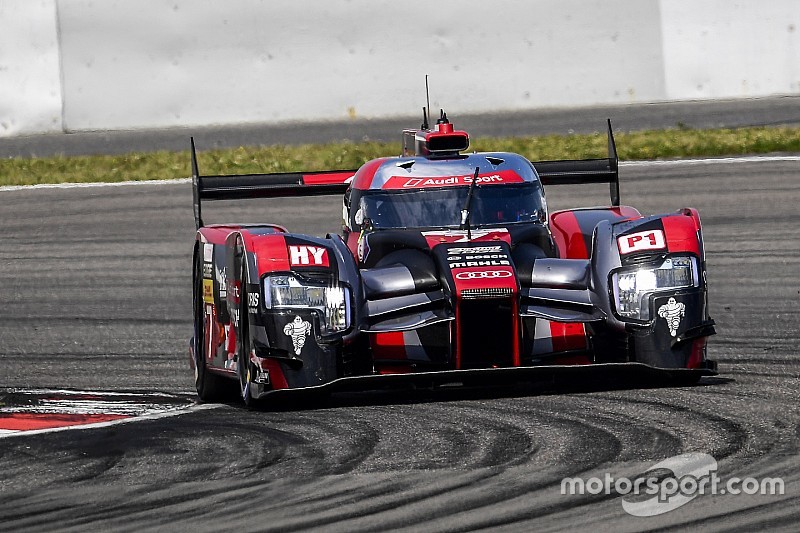 Motorsport.com spoke to two of the hottest prospects in endurance racing, Rene Rast and Laurens Vanthoor, about their ambition to one day be a part of Audi's line-up in the FIA World Endurance Championship.

Along with Filipe Albuquerque, who raced for Audi in the 2014 Le Mans 24 Hours, Rene Rast was one of the victims of Audi’s decision to scale its WEC assault back from three to two cars.

The pair are now racing in the Blancpain GT Series, as well as making LMP2 appearances in WEC with RGR Sport and G-Drive Racing respectively.

"I’m still involved in the LMP1 programme as a test driver and a reserve driver for Le Mans”, Rast told Motorsport.com at the Spa 24 Hours.

"I did a test before Le Mans, and now I’m going to do some testing as well, but obviously the race seats are full. With two cars it’s hard to get a new driver in, but you never know.

"Maybe in the future there will be a place."

Already boasting a world-class roster of drivers, Audi will have to make some difficult choices in the coming years for its LMP1 programme.

"It’s not a question about speed or performance,” added Rast. "I think they’re happy with the driver line-up they have.

"Every driver in the LMP1 programme is unique and gives different input. They can be happy, because they have good drivers.

"There’s no reason to kick one out and put me in the car. Maybe one of them will feel old and retire by himself, but they’re all still fast and I don’t see any point to retire."

Vanthoor "next in line"

Belgian GT ace Vanthoor is regarded as being next in line behind Rast for a spot in Audi's WEC programme.

The 25-year-old has made a name for himself with a string of stellar performances in the Audi R8 LMS GT3 car, only an injury following a nasty Blancpain crash in Misano in late 2015 preventing him from taking part in a Bahrain test with the Audi R18 e-tron quattro.

"It’s not a secret that it’s my dream to race in LMP1 with Audi,” said Vanthoor. “But you have to be realistic. The fact they went from three to two cars hasn’t helped.

"If that hadn’t happened, I think I would have been very close. The next available spot is for Rene. Maybe I’m next, that’s up to Audi.

"The question is what timeframe we are talking about. Is it two years, five years? At the moment we have to look and see that the possibilities are in the future.

"I would like to keep growing. I’m 25 years old, at a certain point I feel the need to take on the next challenge. Let’s wait and see."

To further his progress, Vanthoor made his second start in June’s Le Mans 24 Hours, killing two birds with one stone in that outing.

He built up experience in prototype machinery at Le Mans, which will put him in good stead for an future LMP1 career, and his impressive performance also allowed him to establish a connection with Michael Shank Racing.

Along with a Le Mans victory, the Rolex 24 at Daytona is another endurance race on Vanthoor’s bucket list.

"My absolute dream is to win the big four 24 hour races,” Vanthoor explained. "I’ve already won Nurburgring and Spa. Daytona and Le Mans are next. It’s ambitious, but who knows?

"Towards Audi it was positive for me to have a second LMP2 experience at Le Mans, but it was also good towards Michael Shank.

"America is a different market. Driving at Le Mans has already opened doors for me. I’ve been wanting to race in America for a long time. Definitely to do the big endurance races, maybe an entire championship.

"If you take the decision to go there, you don’t go for a year but for a long time. There’s no plans to race [in IMSA] this year, but I would like to next year."

Fiesta Mexicana: taking the Porsche 919 Hybrid into a baseball stadium