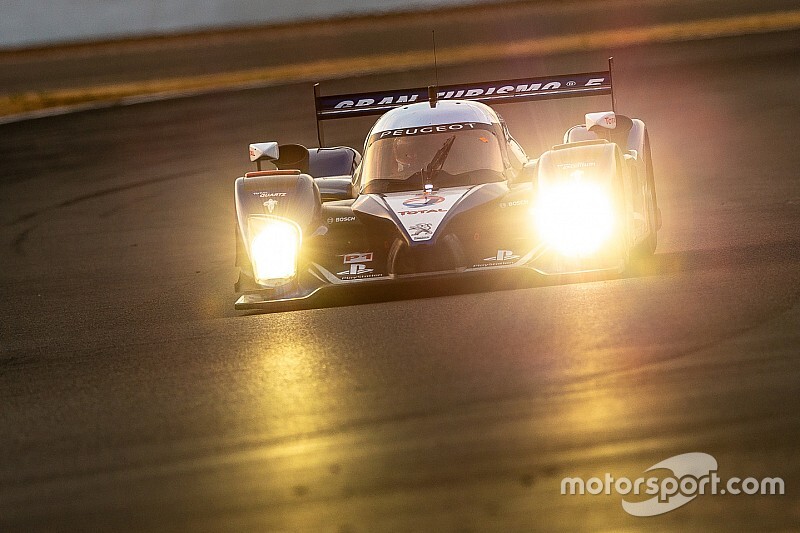 Peugeot will decide at the end of March whether it will continue developing a LM Hypercar for its FIA World Endurance Championship return or switch to the new LMDh category.

The French manufacturer has stated that it is evaluating its options after the announcement in January that the new breed of IMSA Weather SportsCar Championship machinery will also be able to race for outright victory in the WEC from 2021/22.

Jean-Marc Finot, boss of motorsport at Peugeot parent PSA, said: "Our reference for the programme is the hypercar regulations, but we are looking at the LMDh regulations.

Peugeot's decision will follow the scheduled unveiling of more details of the LMDh platform over the course of the IMSA/WEC doubleheader meeting on March 20/21.

Finot explained that a decision by Peugeot on the direction of its return to the top flight of international sportscar racing in 2022 would have to follow shortly afterwards.

"We will have to make the decision by the end of March whatever will be the description of the regulations if we want to stay on our schedule," he said.

Finot explained that Peugeot is looking for "perfect equity" between LMP2-based LMDh machinery and LM Hypercars.

"That means it is mandatory for LMDh and LM Hypercar to have the same weight, the same aero specification and the same power," he added.

"If we don't have that, it would difficult to manage the Balance of Performance [between LMDh and LM Hypercar machinery]."

Finot did not explain how that might be possible given that the LM Hypercar rules call for cars weighing 1100kg, while the current breed of LMP2 cars hit the scales at 930kg, except to say that he believed the LMDh rules remain "a work in progress".

Peugeot's return to sportscar racing for the first time since 2011 is linked to the launch of a line of 'Peugeot Sport Engineered' hybrid road cars, but Finot revealed that the common energy-retrieval system that will be laid down in the LMDh rules will not be an obstacle to Peugeot choosing this route.

"What is interesting in this championship is the freedom of design in the aerodynamic specification and to demonstrate our skills in terms of electrified powertrain management," he said. "If the components are the same, it will not be a big issue; it will not be a decision criterion."

Peugeot previously revealed that it has partnered with Ligier for the aerodynamics of its new WEC contender, which is due to race for the first time over the course of 2022.