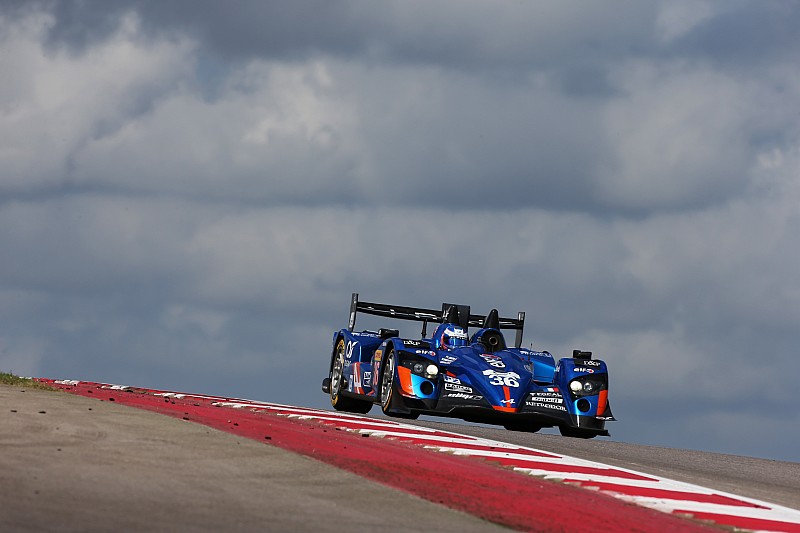 Dillmann, 26, will join compatriots Nelson Panciatici and Paul-Loup Chatin in driving the #36 Alpine A450b LMP2 car, contesting the 6 Hours of Shanghai and 6 Hours of Bahrain in November.

"It is a very good opportunity for me," Dillmann told Motorsport.com. "The WEC is an extremely competitive series, one I've been watching for quite a while.

"I am pleased to be able to contest the final two rounds of this year’s championship to gain valuable experience, and to have a better idea of what my options are for 2016."

A veteran of junior single-seaters, Dillmann took the 2010 German Formula 3 title was and was a race winner in his rookie GP2 campaign in 2012.

Outside of open-wheel racing, the Frenchman was third in the national Porsche Carrera Cup series in 2014 and took part in several GT races with Bentley this year.

"I have gained a lot of experience behind the wheel of vastly different cars," he said. "An LMP2 car sits between a single seater and a GT and I quickly adapted to it. I spent some time in the simulator, and I talked a lot with the members of the team.

"I’ll drive the car for the first time in Shanghai – a track I don’t know – but I foresee no problems. It will be a different story in Bahrain as I know the track and I already won there in GP2."

The Signatech Alpine squad won the 2014 European Le Mans title and joined the WEC this year. It currently sits sixth in the LMP2 teams' standings, having taken a season-first podium at Fuji.

"I am very happy to team up with Signatech," Dillmann said. "During my time in Formula 3, I often battled against drivers of the Signature team [which runs Signatech Alpine], but we never had the chance to work together.

"This is finally coming true. Philippe Sinault’s organisation is one of the French racing teams that have enjoyed the most success in recent years. It is an absolute reference in the business."

Alex Brundle to make WEC return with Pegasus at Shanghai