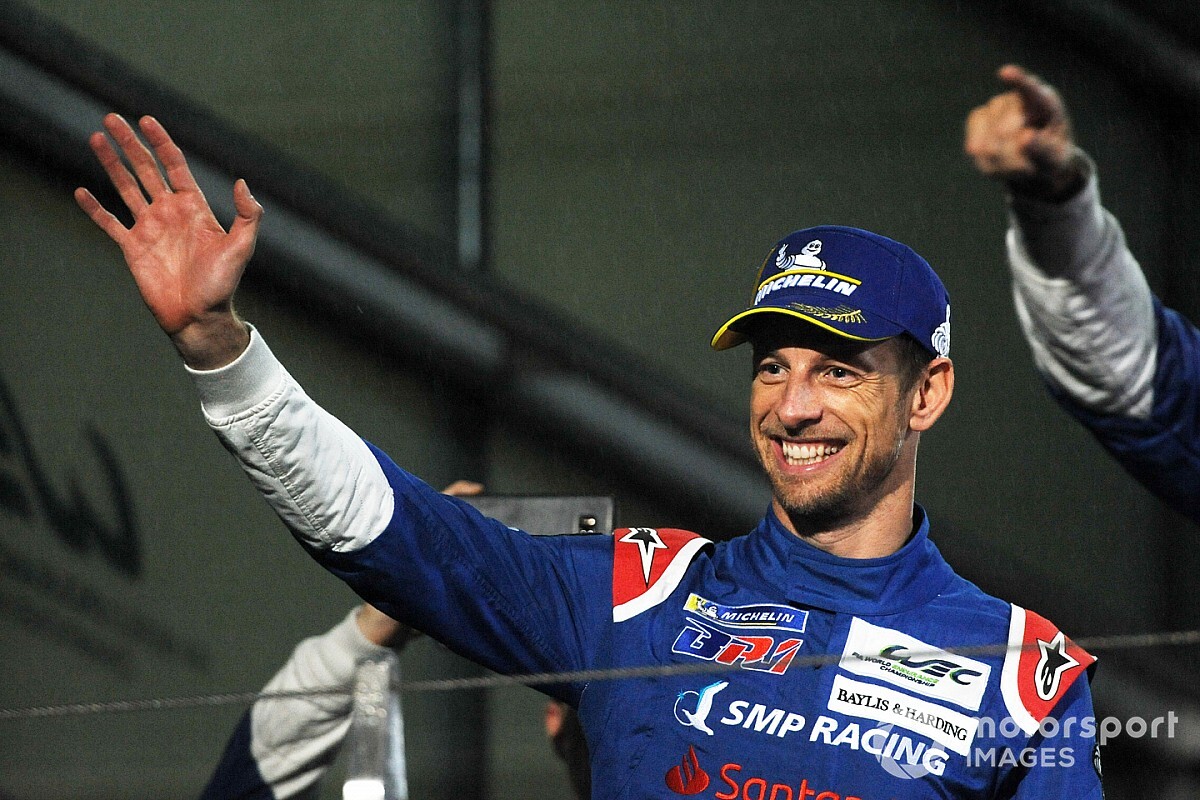 Jenson Button has indicated he will scale back his FIA World Endurance Championship commitments next year and focus largely on defending his Super GT title.

After spending most of 2017 on the sidelines, Button has taken on twin campaigns in Super GT and the WEC's LMP1 class this year, and won the title in the former category alongside his Honda teammate Naoki Yamamoto.

He skipped the WEC season opener in Spa owing to a clash with the Super GT calendar, but has otherwise been ever-present in SMP Racing's line-up in the #11 BR Engineering BR1.

Button has already dropped a strong hint he will return to defend his Super GT title but his future in the WEC is less certain, especially as he has now also signed a deal to be part of Sky's Formula 1 TV coverage.

The 2009 F1 champion, who has commuted to Europe and Asia from his Los Angeles base this season, anticipates a less packed schedule in 2019.

"It’s been a very busy year," said Button. "I made the year very busy by also racing in WEC. I didn’t realise how much travelling I would be doing.

"Next year will be a lot quieter because there’s very limited WEC, so it will be full concentration on Super GT.

"I feel that I’ve had a lot of testing this year because it takes so long to get used to this car. So I’ve been travelling a lot - I think 21 times now from LA, which is a lot. A lot of air miles.

"Next year I think it will be a little bit quieter. But still, to be competitive you need to put in the time and the effort. It’s what you have to be do winning and fighting for the win."

There are three races left on the 2018/19 WEC superseason schedule - Sebring, Spa and Le Mans - but it's possible Button could skip both Sebring and Spa.

As in 2018, the Spa round falls on the same weekend as Super GT's first Fuji race in early May, while an SMP spokesperson also cast doubt on Button racing at Sebring due to a clashing Super GT test.

SMP ran only Vitaly Petrov and Mikhail Aleshin in the #11 car at Spa this year, but would need a third driver to replace Button at Sebring should the Englishman skip the 1000-mile event.

The spokesperson added discussions have not yet begun on whether Button will stay at SMP beyond Le Mans 2019.