Ex-Formula 1 driver Anthony Davidson will retire as a professional racing driver on the completion of this year's FIA World Endurance Championship in Bahrain next weekend.

Davidson, who started 24 grands prix for Minardi, BAR Honda and Super Aguri, made the announcement on Twitter the day after finishing third in LMP2 with the JOTA team in the first leg of the Bahrain double-header that closes out the 2021 WEC.

"One more to go… which I’ve decided will also be my final race as a professional racing driver," wrote the 2014 WEC title winner.

"It’s been an incredible and unforgettable journey and I thank all those involved along the way."

Davidson, 42, has raced in the P2 class of the WEC since 2018 after he was dropped from Toyota's LMP1 line-up at the end of the previous season.

He was replaced by Fernando Alonso in the #8 Toyota alongside 2014 co-champion Sebastien Buemi and Kazuki Nakajima for the 2017/18 WEC.

Davidson remained as reserve driver for the opening two rounds, the Spa 6 Hours and the Le Mans 24 Hours, after which he took up a P2 seat with the DragonSpeed squad, sharing with Pastor Maldonado and Roberto Gonzalez.

A switch with Gonzalez to the British JOTA squad followed for the 2018/19 season.

Davidson revealed to Motorsport.com last summer that after signing a new deal with Toyota for 2017, he was considering retiring at its conclusion at the end of 2019 season when he hit 40.

"When I signed that contract I saw it as three more years of trying to win Le Mans with Toyota," he said.

"I definitely toyed with the idea of just stopping at that point."

He revealed that the step down into a less competitive environment in P2 had rekindled his love of racing.

"Driving with Roberto as a gentleman driver, it's much more fun than racing for a manufacturer with all the pressure that comes with that," he explained.

"In a way I needed to fall in love with racing again, because I had completely lost the love for it at Toyota." 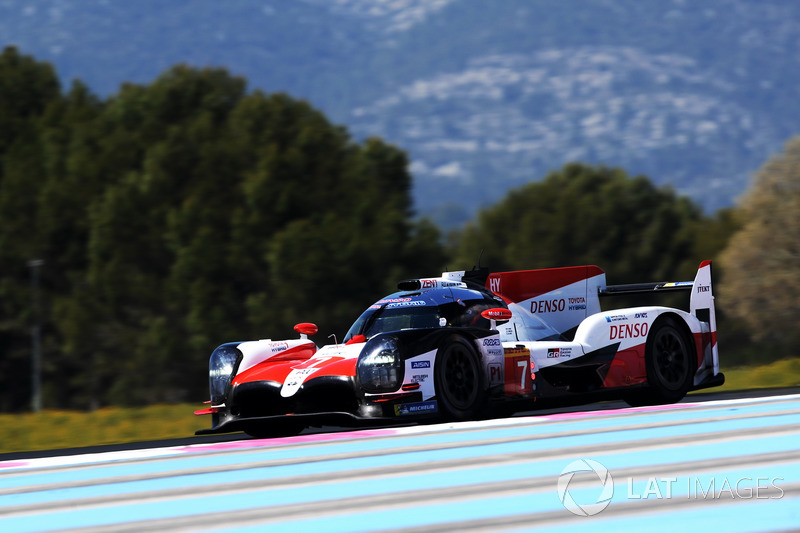 Davidson began racing karts at the age of eight and progressed to cars in Formula Ford in 1999, winning the category's prestigious Festival at Brands Hatch the following year.

He was picked up by the British American Racing squad as a test driver for 2001, the same year that he finished second in British F3, remaining on its books through to 2007 when he got his first full-time F1 seat with the Super Aguri Honda B-team.

A first sportscar drive came for Davidson in 2003 when he raced a Prodrive-built and run Ferrari 550 Maranello GTS in a programme of events around the Le Mans 24 Hours.

He switched to sportscars full time in 2010 with Peugeot after making a second Le Mans start aboard an Aston Martin-engine Lola LMP1 car the previous year.

Victory on debut at the Sebring 12 Hours aboard one of the French manufacturer's 908 HDis was followed by another win on home ground at Silverstone later in the year and a further four wins in the Intercontinental Le Mans Cup with second-generation 908 the following season.

A total of 10 overall wins in the WEC with Toyota, which he joined in 2012 after Peugeot's late decision not to join the series, have been followed by three in P2.

Davidson also has a punditry role with Sky Sports' F1 coverage and is one of the Mercedes F1 team's lead simulator drivers.