Ferrari believes the FIA World Endurance Championship GTE Pro titles will have been "handed to Porsche on a plate" unless the Balance of Performance is changed for next weekend's Bahrain finale.

The Italian manufacturer made the claim after its two AF Corse-run entries were unable to put up any kind of fight to class rival Porsche on the way to third and fourth positions in Saturday's six-hour event, the first of the back-to-back races in Bahrain that close out the 2021 WEC season.

That followed a BoP change for the Bahrain 6 Hours outside of the so-called automatic system that robbed the Ferrari 488 GTE Evo of 25bhp.

"They've handed it to Porsche on a plate; the BoP is just wrong and it's not fair," said James Calado, who saw his and teammate Alessandro Pier Guidi's points lead cut from 12 to one point over the course of the first Bahrain meeting.

"We lacked so much power that there was nothing more we could do: this isn't a fair fight for a world championship," he told Motorsport.com.

"As a team we've worked so hard to find a tenth here and a tenth there, but then they take more than a second away from you with a decision like this." 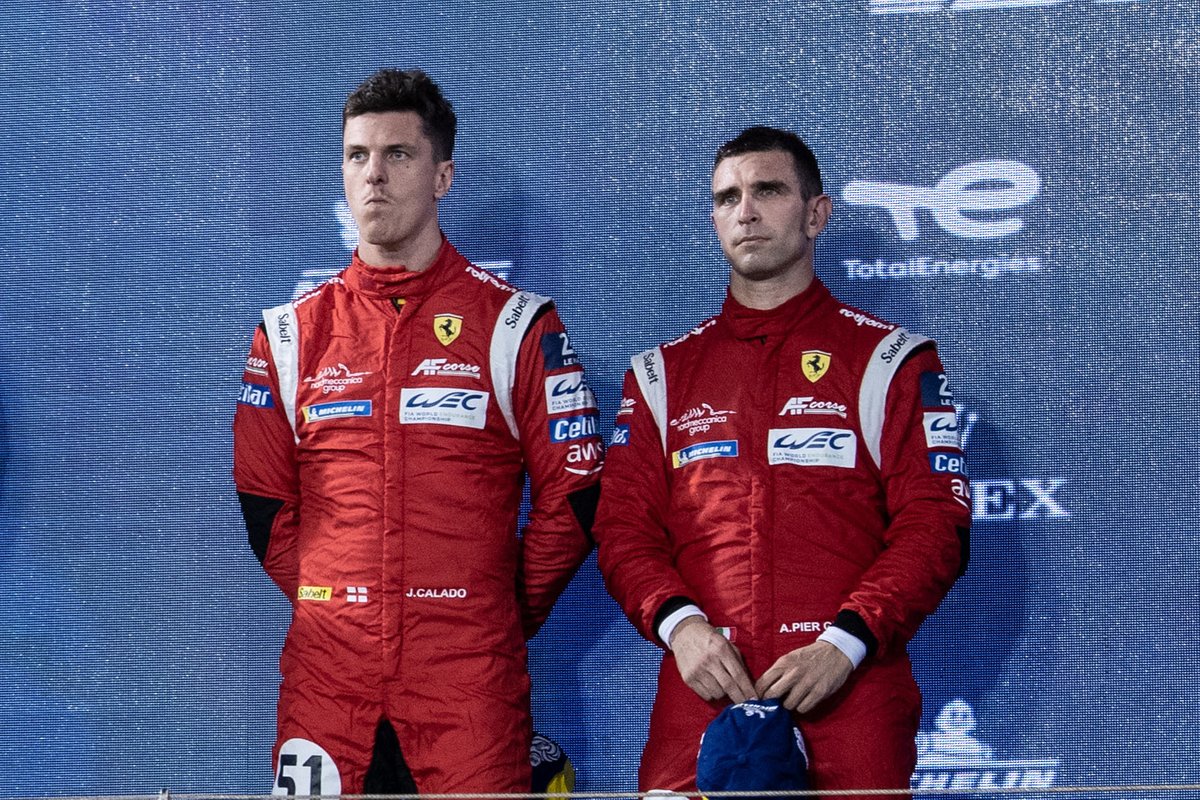 The #51 Ferrari shared by Calado and Pier Guidi finished in third position, 35s down on the factory Porsche 911 RSRs that came home 1-2.

The second Ferrari driven by Miguel Molina and Daniel Serra was a further two seconds back in fourth position in the four-car class.

Calado suggested that the gap to the Porsche could have been even bigger: "They had performance in their pocket; they didn't have to push."

Ferrari GT boss Antonello Coletta described the changes to the BoP ahead of the first Bahrain race as "punitive".

"We regret not being able to defend the leadership acquired on previous occasions, the result of always beautiful and exciting races," he said.

"We hope that the correct criteria for the BoP will be restored in the last race so that we can try to fight on equal terms for the world titles."

The changes to the turbo boost curve of the Ferrari's V8 engine were outside the scope of automatic BoP system introduced in 2017.

The auto system lays down a maximum power increase or decrease of 10kW or 13.5bhp, which means that the FIA and the WEC promoter the Automobile Club de l'Ouest have made a so-called black ball change.

The FIA and the ACO have yet to explain the rationale for the change either publicly or in private to Ferrari.

Porsche insisted in the immediate aftermath of the first of the two Bahrain races that the outcome of championship is not a foregone conclusion even if the BoP remains unchanged for the eight-hour finale on November 6.

Alexander Stehlig, head of operations of the Porsche WEC squad, suggested that no conclusions could be drawn about the longer race from the six-hour event.

"I think we will see a very different race: the track is the same and the tyres are the same, but the ambient conditions will be totally different.

"By 5pm the sun had gone down and you can push much more on the tyres."

Victory for Kevin Estre and Neel Jani closed their points deficit in the drivers' championship to Calado and Pier Guidi to a single point, while Porsche's 1-2 put it the same margin up on Ferrari in the manufacturers' classification.