Alpine resigned to another "compromise" season in WEC

Alpine has admitted that it faces another season of “compromise” in the FIA World Endurance Championship with its grandfathered LMP1 car, as it braces itself for increased competition in 2022.

Alpine moved up to the Le Mans Hypercar class this year with its LMP2 partner Signatech, running the Oreca-designed A480 that previously raced in the WEC as the Rebellion R-13.

However, it was forced to play second fiddle to its only full-season rival Toyota, primarily due to a smaller fuel tank, with the Japanese manufacturer securing a clean sweep of victories with its pair of GR010 Hybrids built to new LMH rules.

With Peugeot returning to endurance racing next year, and full season entries from Glickenhaus and ByKolles on the cards, Alpine could even struggle to finish on the podium next year unless it is offered a major Balance of Performance boost by series organisers ACO.

However, Signatech boss Philippe Sinault says Alpine was aware that it would be on the back foot when it agreed to race a previous generation LMP1 car in WEC, and its main focus remains on building a LMDh contender for 2024 with the goal of winning Le Mans 24 Hours.

“We knew [the situation] since the start of the project,” Sinault told Motorsport.com prior to the Bahrain 8 Hours finale. “For sure this year and next year will be a compromise year and we have to accept that, it's the game, to prepare for 2024 and the future.

“So we are not upset with that. We have to play with the tools that we have this year and next year.” 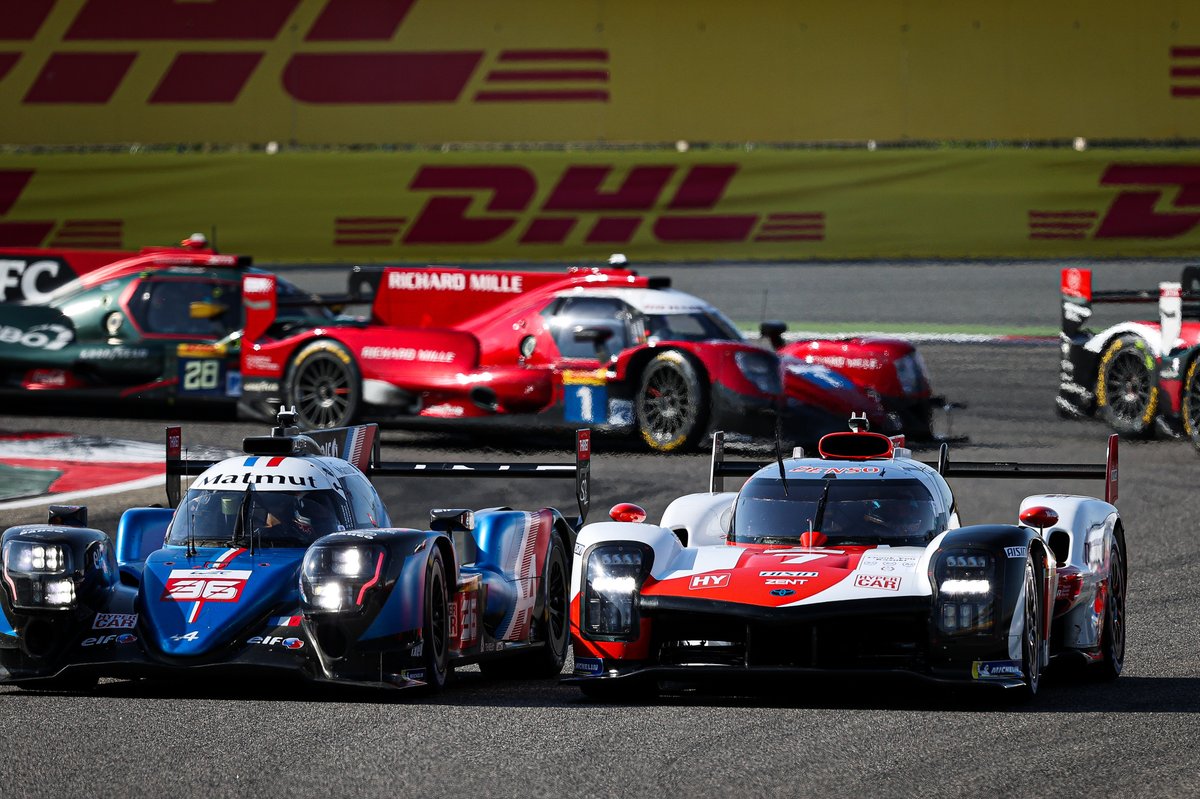 As the Alpine A480 is based on an Oreca LMP2 chassis, it cannot house a fuel tank large enough to match the stint lengths of Toyota’s hypercars.

This has left Alpine with an inherent disadvantage to its rival, with the French manufacturer often having to make at least one more pitstop over the course of six and eight hour races than Toyota to complete the same distance.

A larger capacity fuel tank arrived before the Le Mans 24 Hours and the outfit managed to deliver more tangible gains by fixing its fuel consumption issues before the Bahrain finale.

However, it was still left with a two-lap deficit to the Toyotas when it came to stint lengths, meaning it wouldn’t have realistically been able to put up a fight for victory even without the gearbox issues that left it five laps down from the leaders.

Sinault says Alpine has maximised the size of the fuel tank under the A480’s current homologation and doesn’t want the organisers to artificially slow down Toyota just to make his outfit more competitive next year.

“I think in terms of fuel capacity we've made the maximum before Le Mans, after that we must get something [from the ACO/FIA],” he said. “We shall see, it will not be homologated anymore [if we can change the fuel tank].

“We did a good job and we can do a stronger job with [engine supplier] Gibson, they are really, really good partner and we pushed a lot for [fuel] consumption with them.

“Today the thing is to ask Toyota to be slower but it's not fair. The BoP is not my favourite spirit of sport. It's not fair to say, 'Toyota please slow down'.

“We have to improve by ourselves in every area and FIA and ACO are always open, if we find something we can ask them if we can do this. So it's quite clear.

“At the moment we are still at the maximum of the potential of the car as you can imagine, with tyres, with consumption, and we've improved our engine management.”