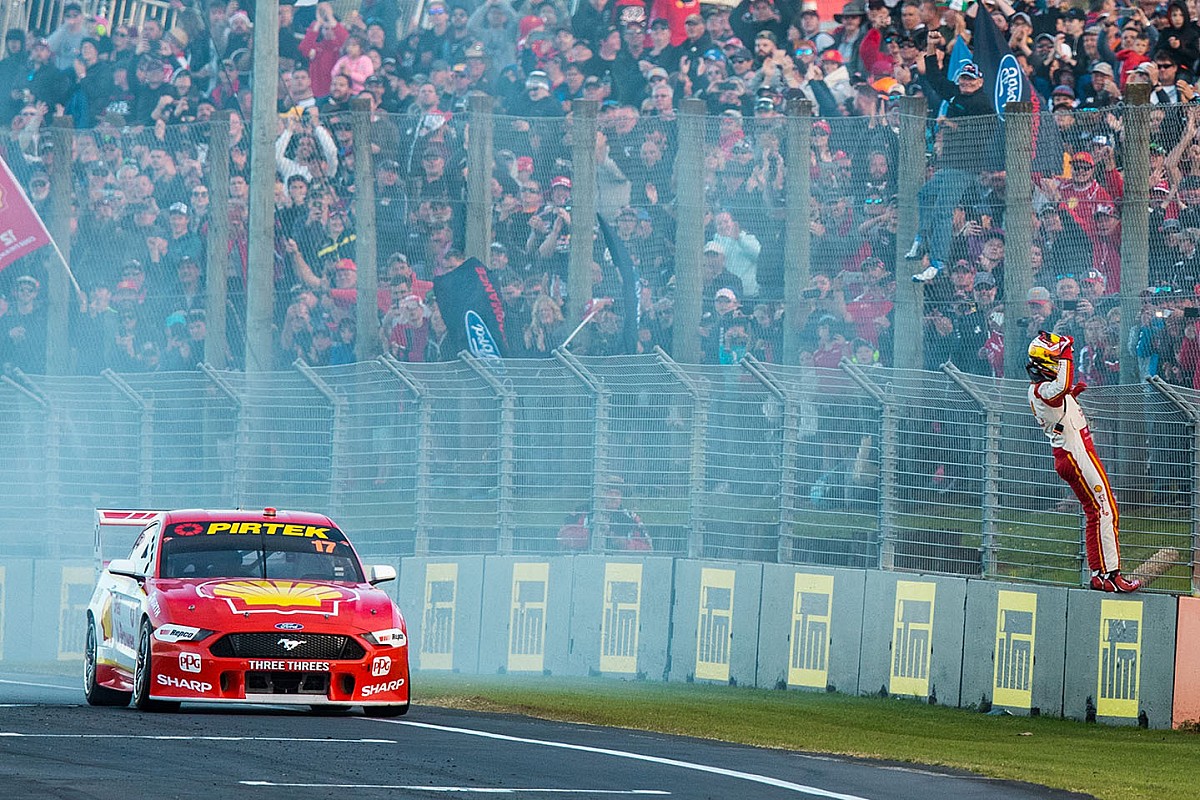 Scott McLaughlin says his whopping 598-point lead in the Supercars standings will give him the freedom to "attack" this year's Bathurst 1000.

The Penske driver has made no secret of his plan to have enough points up his sleeve for a carefree Bathurst campaign, as he looks to add a Mount Panorama crown to his glowing CV.

That's now been achieved, his record-breaking 17th win of the season at Pukekohe yesterday giving him a 598-point lead over Shane van Gisbergen.

His margin is so great that he could DNF both the Bathurst 1000 and both races on the Gold Coast, and even if van Gisbergen won all three the deficit would only be two points.

“I really wanted to come out of [Pukekohe] with a 600-odd point lead," said McLaughlin.

"Overall we ticked the box, and it gives me a bit of room to attack if I need to at the end of the [Bathurst] race, or throughout the weekend in qualifying and that.

McLaughlin's Sunday win in New Zealand makes him the standalone record holder for most victories in a single season, pulling one clear of Craig Lowndes' haul from 1996.

“I actually completely forgot that I’d done it," said McLaughlin.

"I was sort of wondering why Lowndes was at the podium at the end there, and then I figured it out.

"Yeah, very proud. Obviously going into the weekend I would have loved to have a win here [in New Zealand], regardless if there was a record on the line or not. But to do it here, it was a very proud moment, in my 100th round.

"I just had a good feeling going into the race and everything worked out alright."

McLaughlin also broke a worldwide record for most wins by a Team Penske driver in a season, the previous benchmark of 16 set by Mark Donohue in 1968.