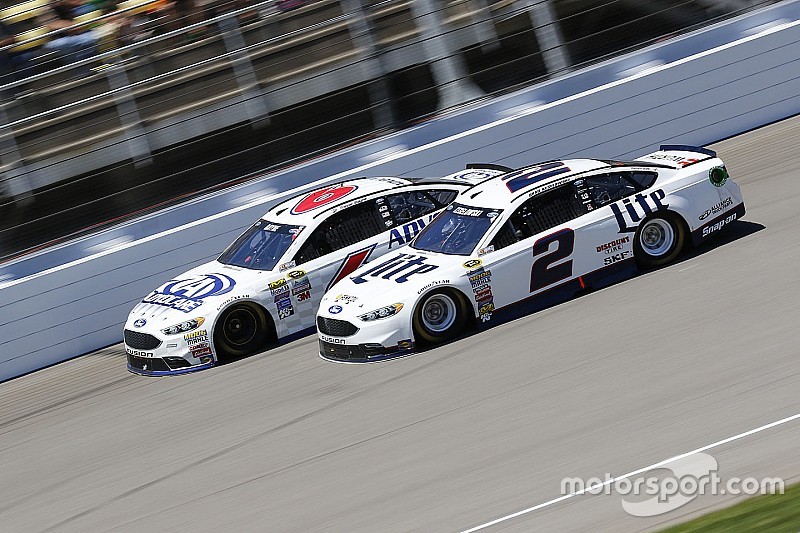 Scott McLaughlin makes no secret of the fact that he’s interested in what Penske is doing in the US, but he says he wants to win a Bathurst 1000 and a Supercars title before he worries about heading to The States.

McLaughlin, who will switch from Volvo GRM to DJR Team Penske for the 2017 Supercars season, has played down speculation that his move could be a strategic part of a long-term plan to race in NASCAR in the future.

While he doesn’t deny taking an interest in Penske’s US activities, he says he wants to win a Bathurst 1000 and a Supercars title before exploring options outside of Australia.

“I’ve got goals here. I want to win the championship and win Bathurst, they’re my two goals,” he said. “At the end of the day, if I haven’t done them I won’t even think about it.

“But if I have [achieved those goals], there’s always the possibility. At the end of the day you’ve got to look at Penske from the IndyCar and the NASCAR side of things – it’s obviously their forte. So in some ways it’s a no brainer for me to think about that.

“At the end of the day, my 100 per cent focus is on the Australian championship. That’s why I’m here, not to worry about any NASCAR drives.”

Team Penske’s president Tim Cindric compared Scott McLaughlin’s future to that of Sam Hornish Junior’s when he joined the Penske operation in 2004 – one clear goal, with the option to take a different path once it’s been achieved.

“In this business you never say never,” said Cindric.

“We went through the same situation with Sam Hornish back in the IndyCar days when he signed from Panther Racing over to our team. There were similar discussions. He talked to some of the NASCAR teams, and he came to us and said, ‘ I want to win the Indy 500 before I worry about NASCAR’.

“That’s what we set out to do and obviously we accomplished that in 2006 and then we said, ‘hey, is that something you want to do or not do’ and we moved that to a NASCAR transition.

“For Scott here, it’s not something we’ve talked about as something we’re going to do or not do. If that opportunity presents itself we’re kind of all ears for the circumstances, but things change pretty quickly.

“It’s our goal here to be in the Supercars series to do exactly what he said, we’re here to win Bathurst and win the championship as well.

“We want the best guy in the seat to do that first.”