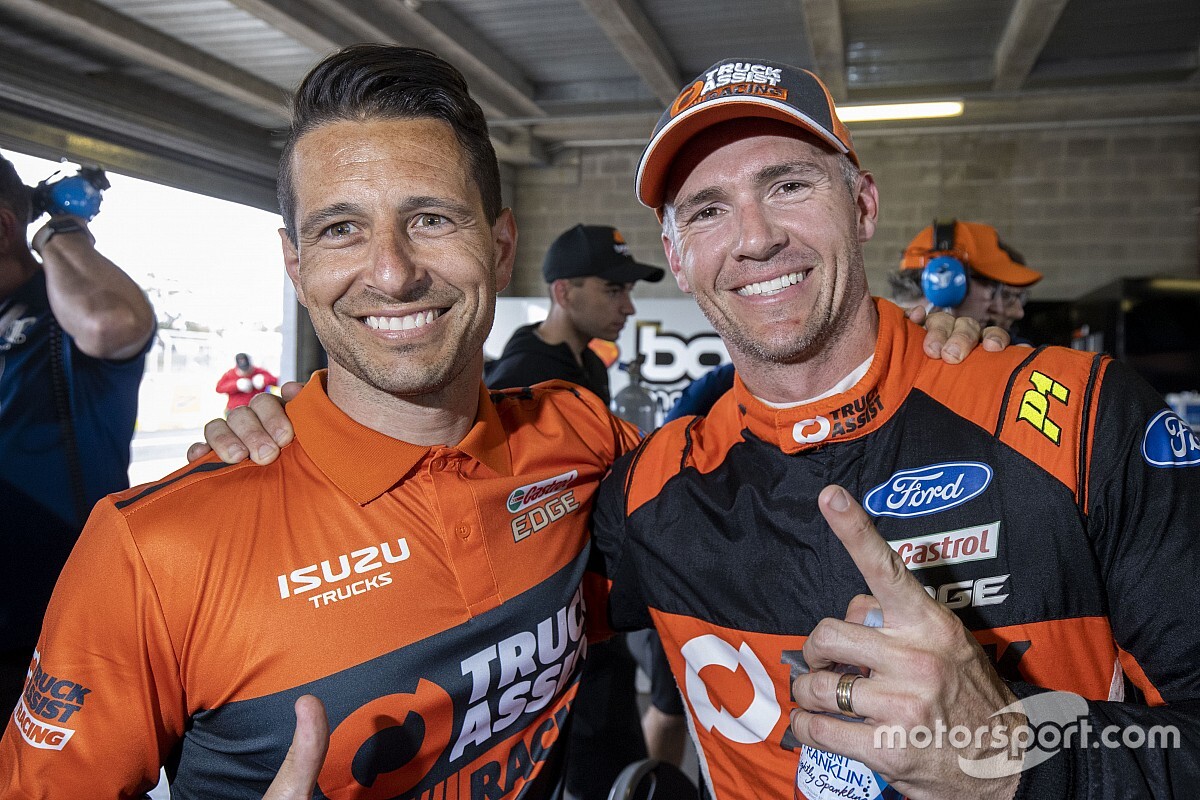 Two years ago Lee Holdsworth thought his full-time Supercars career was over – now he's on provisional pole for the Bathurst 1000.

The 37-year-old took a popular provisional pole at Mount Panorama today, topping a dramatic qualifying session with a well-time effort between a red flag and a shower of rain.

The result continued a strong start to the Bathurst weekend for the Tickford squad, which has topped four of the six sessions so far.

It also marked an impressive career turnaround for Holdsworth, who this time two years ago was unsure he'd have a spot on the grid the following season.

At that point he was nearing the end of a difficult four-year stint at Team 18, headed for a 21st place finish in the points and without a drive for 2019.

It was only late deal with Tickford Racing that saved his full-time career, a slow start with the Ford squad now yielding big gains as he returns to full confidence.

"Towards the end of 2018 I didn't think I'd have a drive for the following year," Holdsworth explained.

"You have years in your career that really smash your confidence. Joining Tickford has helped rebuild that.

"It's knowing you've got a good bunch of guys around you, that you've got fast cars, and you just need to learn how to drive it.

"Throughout last year it was a rebuilding process and I came into this year with a hell of a lot of confidence.

"You need confidence around [Bathurst], that's for sure. You need to know what you've got underneath you and know you can push as hard as you want.

"I'm at that point now. I think I've realised what these cars need and the way they need to be driven."

While unwilling to divulge all the keys required to unlock a Tickford Mustang's pace, Holdsworth says a shift in his driving style has made a big difference.

"With the Tickford cars, there's not much roll phase," he said. "You don't have any coast.

"You sort of just need to let your body process it, let your mind process it, and it comes to you over time."

Holdsworth will have an opportunity to convert provisional pole into the real thing tomorrow when he runs last in the Top 10 Shootout.

But while that would usually be the best time to run, forecast rain could turn the single-lap dash on its head.

"It's a bit of a lottery as to what's going to happen with the weather tomorrow," he said. "As long as you're in the 10, it'll work itself out."