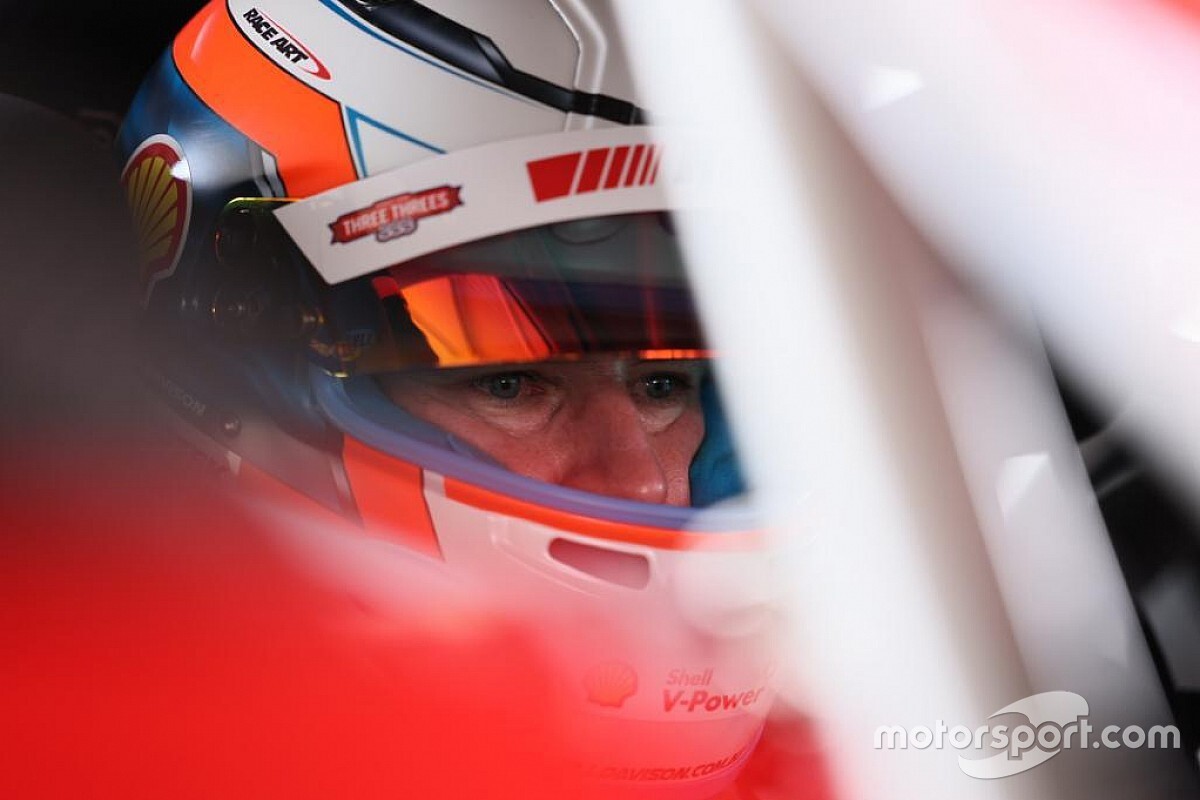 Will Davison admits he's facing "massive pressure" as Scott McLaughlin's replacement at Dick Johnson Racing, but says he's confident of being a title contender next season.

Davison will return to DJR for the 2021 Supercars campaign, leading an all-new line-up alongside ex-Erebus driver Anton De Pasquale.

The two-time Bathurst 1000 winner is tipped to drive the famous #17 entry, which IndyCar-bound McLaughlin took to three consecutive titles over the past three seasons.

While the squad is undergoing a transition beyond its drivers, with Team Penske relinquishing its ownership stake, there shouldn't be any short-term danger to its powerhouse status.

Factors helping that include retaining engineering guru Ludo Lacroix, and a wider stability of the category's technical regulations.

With that in mind, Davison admits there's pressure coming in off the back of a record-breaking sweep of titles.

However he says it's the sort of pressure every driver wants to face.

“[It’s] massive pressure, but that’s good, that's what you want," he said following his first laps in a DJR Mustang.

"You want the best car, and it’s on me. That’s motorsport in general, I’ve been around it a long time, there’s always pressure to perform.

“There’s nowhere to hide, but I couldn’t be happier to have such an awesome team, awesome car and professional show around me.

“I’m not scared of anything. [I’ll] just get in there, have a good crack and we’ll see what we can do.”

Davison will be coming off the back of a rollercoaster of a 2020, a positive opening round in Adelaide followed by a shock axing from the Tickford line-up during the pandemic break due to a sponsor exit.

He only made one more competitive appearance, re-joining Tickford to partner Cam Waters to second place at the Bathurst 1000, before being named as a DJR driver for 2021.

Davison is now looking to make the most of his return to a full-time drive, the 38-year-old targeting the title.

"I kept believing during the year that if you stay positive and work hard, anything is possible," he said.

"I've been around this game long enough to ride the waves and the ups and downs.

"To get this crack at my stage of my career, I still feel like I'm capable of my best season yet and capable of going for a championship. To know I've got the best team in the game behind me is pretty special."

Davison says he's also looking forward to working with De Pasquale, and will be willing to share his experience with the young gun if and when required.

"Anton is ready to step up. He's been in the game three years now and he's clearly an incredibly fast young guy," said Davison.

"I think I'm at that stage where I've got the experience, I can see the bigger picture and I think we can work well together. I can maybe help him in some areas to get the most out of himself and I'm happy to do that, to make sure we're both up there getting the results for the team.

"I'm sure we're going to be equally working together to race hard but get the results for the team. I don't think he's going to need too much help from me, but I'll be there to assist him in any way I can.

"And I'm sure he'll be there cracking the whip to speed me up as well..."