Cam Waters edged Scott McLaughlin in the third and final Thursday practice session for the Bathurst 1000. 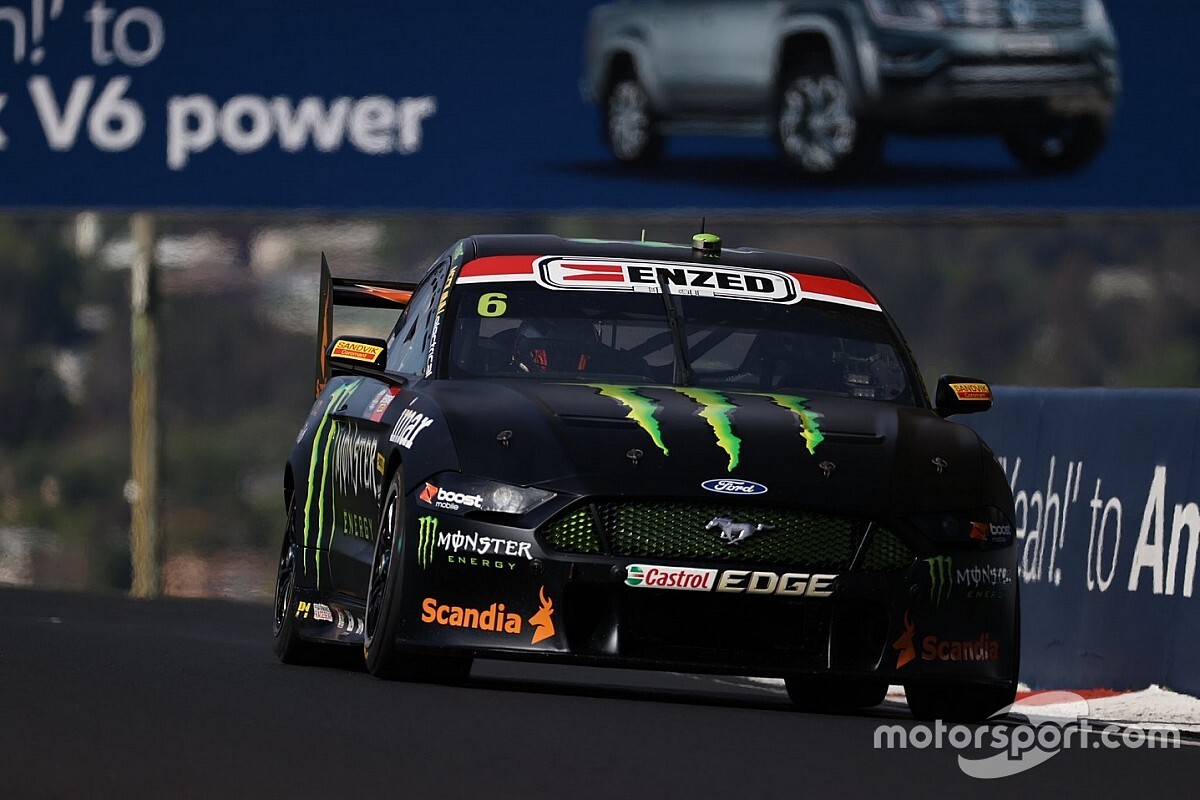 McLaughlin led the way for much of the hour-long session, first going quickest 12 minutes in with a 2m06.222s.

The likes of Jamie Whincup and Andre Heimgartner both enjoyed brief spells in top spot, only for McLaughlin to return to P1 with a 2m05.259s at the 35-minute mark.

It wasn't until the final 10 minutes that time was bested, Waters becoming the first driver into the fours for the weekend with a 2m04.802s.

Both Whincup and McLaughlin had a go, the former glancing the wall at the Elbow before running wide at the last corner, while the latter went purple in Sector 1 and then ran wide over Skyline.

With two minutes to go Shane van Gisbergen got the job done with a 2m04.766s, only to be swiftly beaten by Heimgartner's 2m04.740s.

But Waters wasn't done yet, the Tickford driver snatching top spot right at the flag with a 2m04.169s – before running out of fuel on his in-lap.

McLaughlin ended up second, having improved just seconds before Waters finished his lap. The gap was just under three-tenths, McLaughlin admitting he made a small mistake over the top.

"I think we were pretty close," he said. "We've been fast all day, I just made a little mistake on my fast lap.

"We're still chasing a little bit of rear stability in the car, but overall I'm stoked with how it's rolled out."

Van Gisbergen went quicker on his final lap too, which edged him ahead of Heimgartner, while Nick Percat and Fabian Coulthard finished up fifth and sixth.

Whincup, meanwhile, was left to rue that mistake on his green tyre run as he slumped to 16th.

"I just locked the rears in the last sector and didn't quite complete the lap," he said.

"We're much better than 16th position, but I don't think we're the quickest at the moment. We've got a bit of work to do."