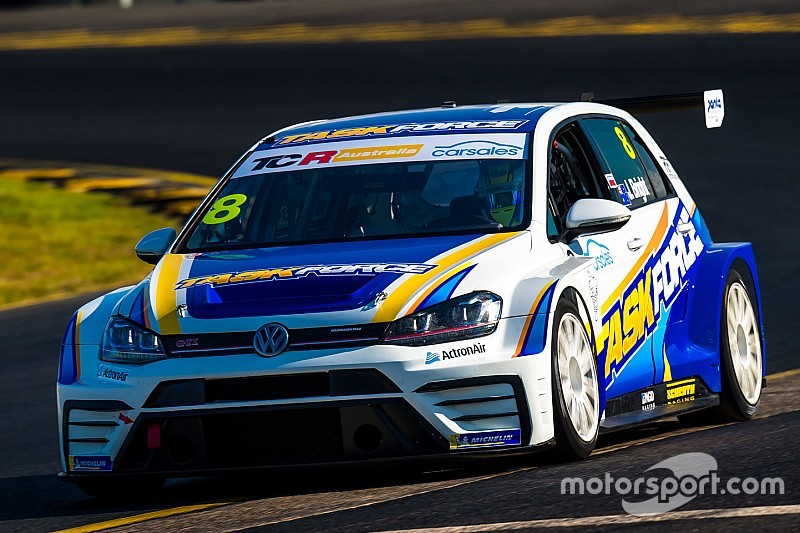 From there it was a simple case of sprinting from the chasing pack, Bright pulling a second on the field inside the first handful of laps.

By Lap 10 of 16 the gap was well over two seconds, Bright's caused helped further by D'Alberto and Will Brown's race-long scrap over second place.

"I lot of hard work went into the last couple of weeks to get these Volkswagens ready.

"The car was awesome, great start and it looked after its tyres really well. That race was a bit of an unknown, we didn't know who was going to be coming at us. I thought if Will got past Tony he might have come at us, so I was just trying to maintain that gap."

D'Alberto finished second after coming out on top of his battle with Brown. It was pulling a small gap with five laps to go that made the difference, the factory-backed Honda driver giving himself just enough breathing space to get to the line 1.1s ahead.

Alfa driver Dylan O'Keeffe played himself into the fight for the podium in the closing stages of the race, but ultimately had to settle for fourth, 0.2s behind Brown.

Hyundai driver Nathan Morcom slipped back to eighth in the closing stages, having been battling Breukers for fifth with two laps to go.

Supercars race winner James Moffat didn't even make the start of the race, thanks to his Garry Rogers Motorsport Renault dumping its oil on the formation lap.

His Megane had to be towed off the grid and didn't reappear at any stage during the race.