Ahead of the start of the year, we wrote a story saying that Michelin’s wet tyre could prove to be Nissan’s secret weapon in SUPER GT this year, and that, depending on when exactly the rain arrived, it could have a major impact on the destination of this year’s title.

That’s in essence exactly what happened at Sugo, where #3 NDDP Racing duo Katsumasa Chiyo and Mitsunori Takaboshi took advantage of the weather to shrug off their 68kg success handicap and win for the second time this season.

SUPER GT’s handicap system is intentionally designed to make it almost impossible for any team to win more than one race up to and including Round 6, the final race where full handicaps are in place before being halved for Round 7 and removed completely for the finale.

But the system can’t legislate for the weather, especially when one tyre manufacturer has such a clear advantage over the rest in the rain as the two Michelin-shod Nissans had when conditions were at their worst during last weekend’s Sugo race. 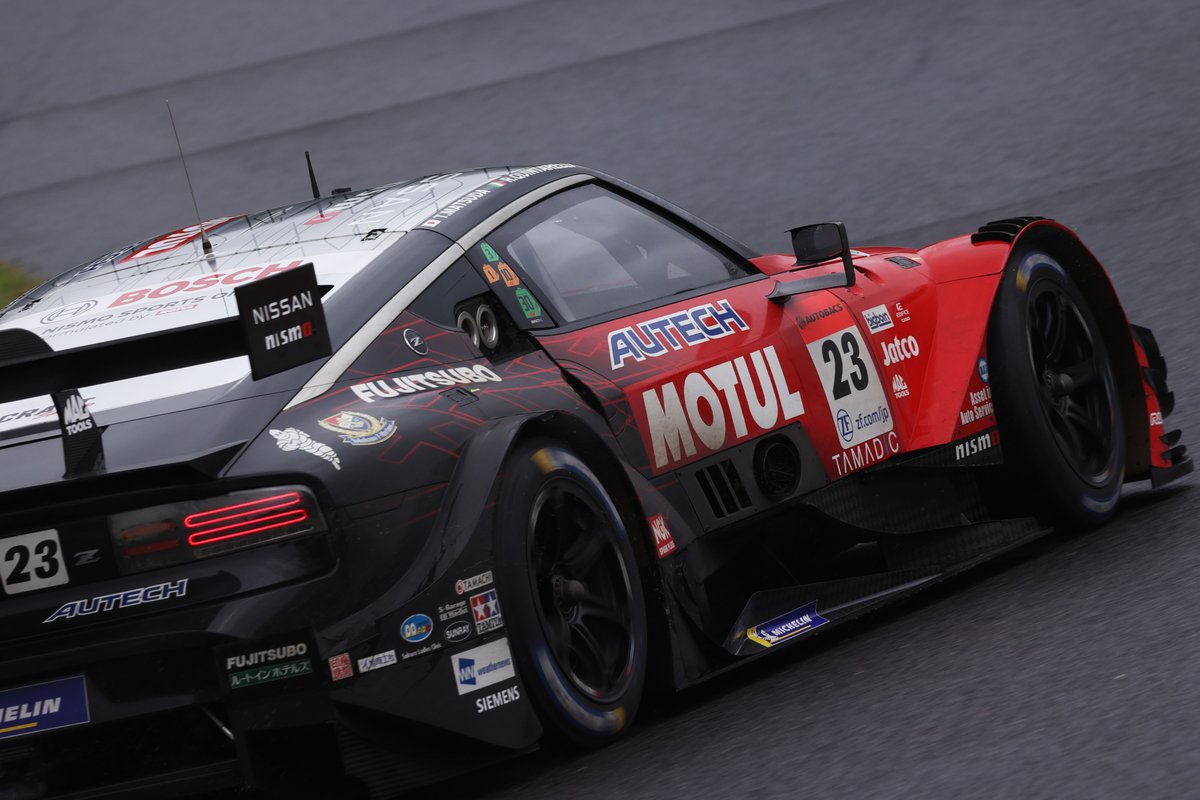 Bridgestone, Yokohama and Dunlop were no match for the Michelin wet at Sugo

To put Chiyo and Takaboshi's win into context in terms of success ballast, it marks only the third time that a car carrying a stage two fuel flow restrictor has won a race in SUPER GT (nobody has won one with a stage three restrictor yet) and only the sixth time since the current rules regime was introduced in 2009 that a car with a handicap exceeding 50kg has taken the chequered flag first.

It's also worth noting that, in the previous five cases, on only one occasion did the team in question not go on to win that year's title.

Most ballasted wins in SUPER GT since 2009:

The fact the #3 Nissan ended up ahead of the #23 NISMO Z at the finish came down to pit strategy rather than raw speed in the wet, but from 10th on the grid Chiyo and Takaboshi would most likely have been nowhere near the podium in the dry with their stage two fuel flow restrictor.

It’s doubtful whether the lighter #23 car of Ronnie Quintarelli and Tsugio Matsuda (no fuel flow restrictor but 44kg of ballast) would have been either, given that Michelin appeared to suffer from tyre pick-up issues on long runs in practice.

The Bridgestone-shod Impul Nissan of Bertrand Baguette and Kazuki Hiramine, the only GT500 car carrying the stage three restrictor, would also have probably struggled to make much serious progress from 14th without the help of the rain, and yet managed to finish fifth thanks to some shrewd strategy and being among the fastest non-Michelin cars in the wet.

Conversely, other title-contending teams like Toyota outfit TOM’S and Honda squads Team Kunimitsu and Real Racing saw a golden chance to reduce the gap to the points leaders slip away as they struggled to get their Bridgestones working in the tricky mixed conditions. 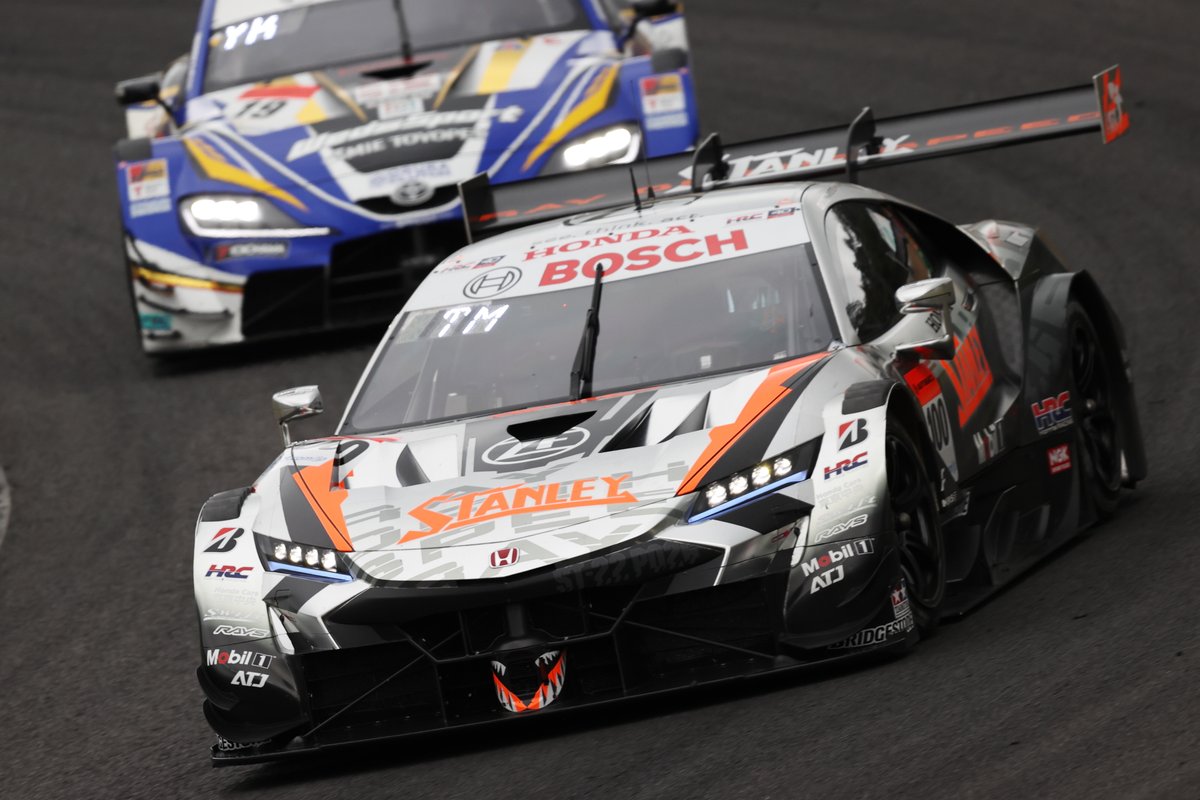 Kunimitsu looked good to challenge for a win at Sugo - until it started to rain!

The upshot is that Nissan heads into the final two rounds with three cars occupying the top three positions in the standings, with Chiyo/Takaboshi heading Baguette/Hiramine by 3.5 points and Quintarelli/Matsuda sitting 17 points back in third. The highest non-Nissan is now the #37 TOM’S crew of Sacha Fenestraz and Ritomo Miyata in fourth, 18 points down.

With the success handicaps halved, all three Nissan crews can head to Autopolis in anticipation of being in the mix for a solid result, even if the NDDP Racing and Impul cars will still be expected to struggle in qualifying while carrying the stage one fuel flow restrictor.

Now, we should be careful about declaring Nissan the champions just yet. Around this time last year, Honda was in a similarly strong position, with its three Bridgestone crews heading the standings, and somehow Toyota managed to pip the NSX-GT contingent to the post in the final round.

But somehow, this year has a different feel about it. While Honda was taking its points advantage in 2021 into the final round at Fuji, a Toyota stronghold, this time, the Z heads to Autopolis and then Motegi for the final two races.

And while Autopolis is something of an unknown as far as the Z's performance goes, Nissan has already tested at Motegi once in the pre-season and has another test planned there prior to the final race, although Bridgestone is also expected to have a Toyota and a Honda runner each present. 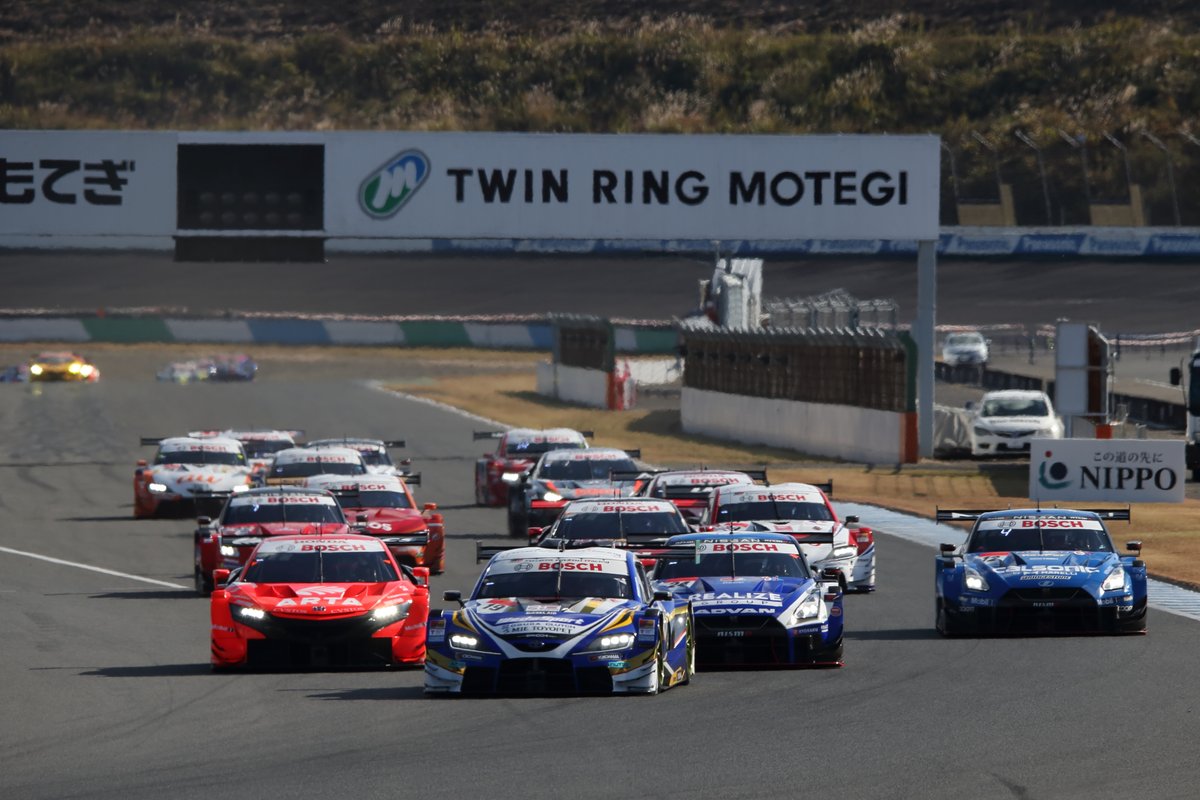 For the first time since 2019, Motegi will play host to this year's SUPER GT decider

If Nissan manages to limit the damage at Autopolis with its two top contenders still at a disadvantage with the fuel restrictors, it could head to Motegi in a very strong position as it bids to make it a hat-trick of titles for new GT500 base models (after 2004, with the original Z, and 2008 with the R35-generation GT-R that was used up until last season).

After the race at Sugo, Takaboshi spoke of he and Chiyo going to Autopolis with the aim of wrapping up the title with a round to spare. That has only happened twice in SUPER GT history, first in 2007 and then again in 2012, and a third occurrence appears unlikely as the #3 would have to win with Impul pair Baguette and Hiramine failing to score.

That said, in 2012 it was inclement weather that allowed Quintarelli and Masataka Yanagida, driving for the now-defunct MOLA team, to shrug off their success weight and nab the title with a round to spare at Autopolis.

Should the heavens open at the Kyushu track again next weekend, then a first Nissan title since 2015 would surely become a formality. 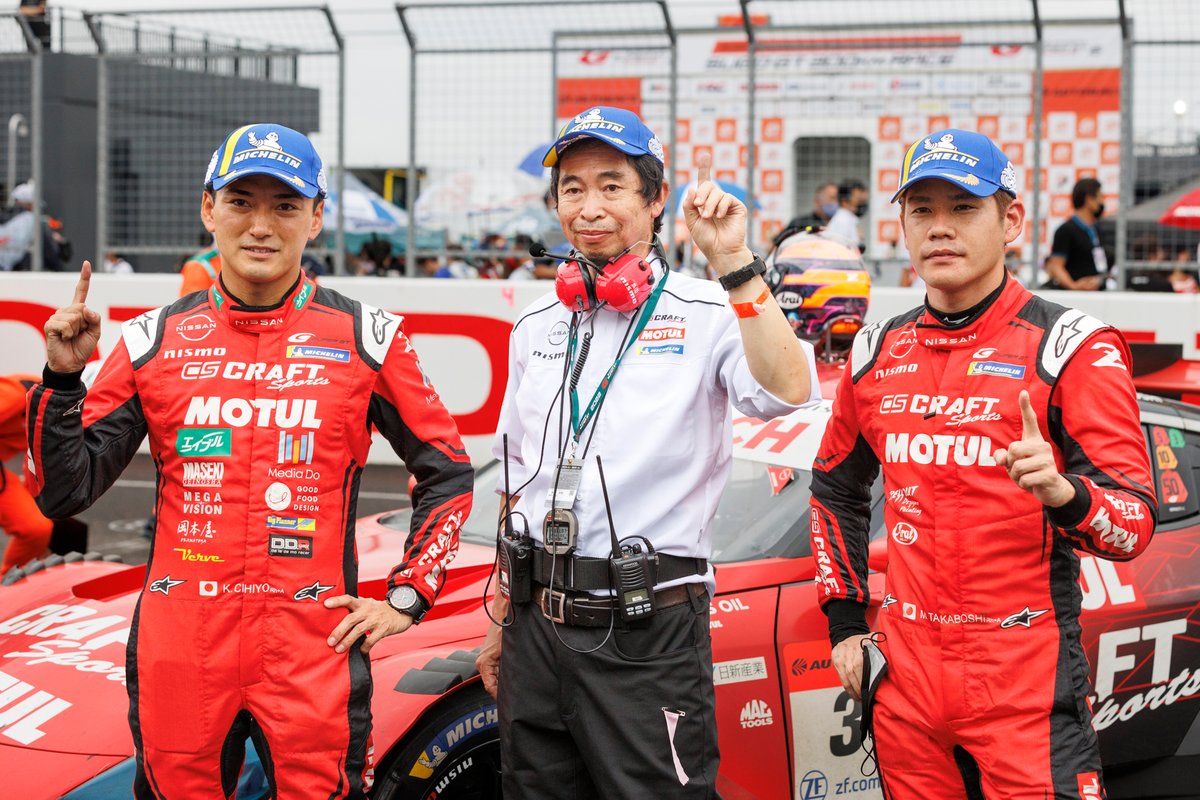 Stewart-Haas Racing will appeal the L2 penalty levied against them by NASCAR following the Cup race at Talladega (Ala.) Superspeedway.