Alesi incurred the wrath of the stewards in this month's Sugo round for two instances of passing under yellow flags, which resulted in the Toyota GR Supra he shares with Tsuboi being demoted from ninth to 10th in the final results.

Both offences were worth three penalty points each, bringing the French driver's penalty points tally to seven and triggering the second punishment on SUPER GT's 'moral hazard prevention system' scale, which is to miss the latter hour of practice and take a four-place grid drop.

News of the penalty comes as a further blow to Alesi and Tsuboi's title hopes, the pair having slipped 29.5 points away from the lead of the standings after a disappointing outing in mixed conditions at Sugo.

One more penalty point for Alesi at Autopolis would result in an eight-place grid drop for the final round of the season at Motegi.

Two drivers in the GT300 class have triggered the mildest punishment on SUPER GT's moral hazard scale, to sit out the final hour of practice: ARTA's Iori Kimura and Inging's Hiroki Katoh. 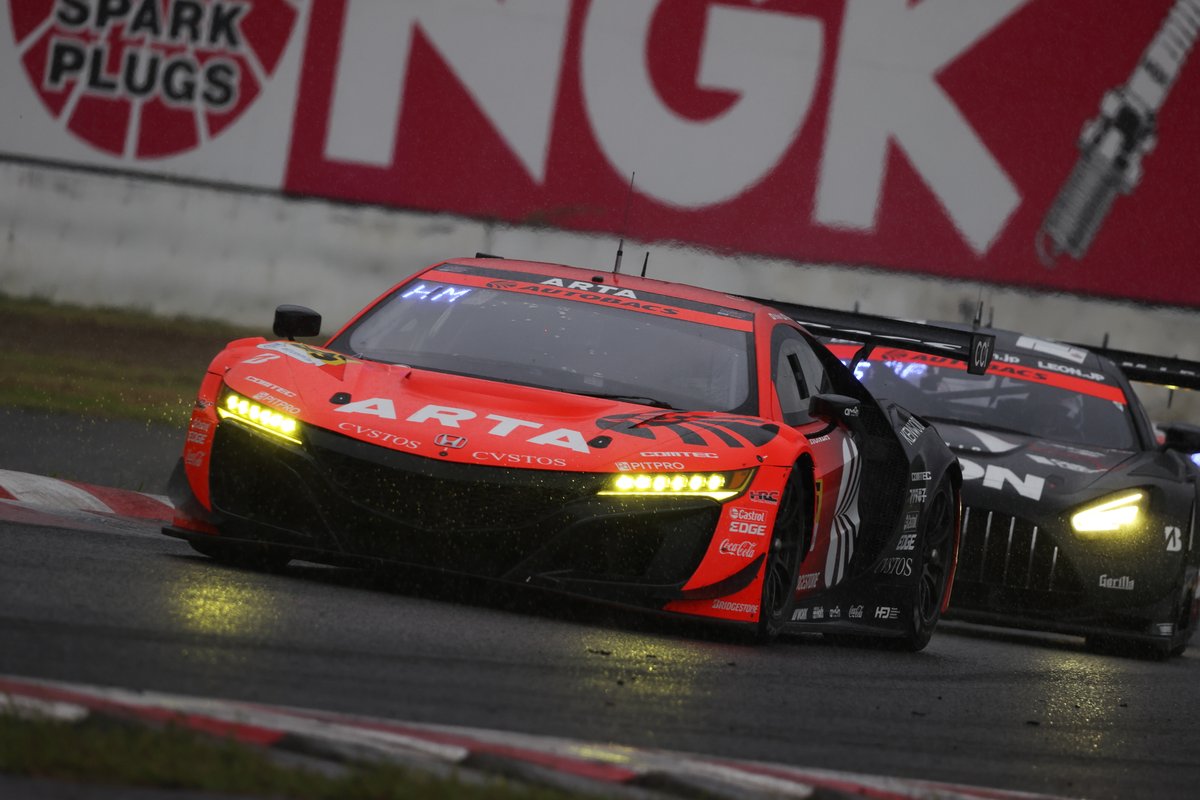 Kimura has hit the four-point threshold for the second time this season - having previously done so ahead of May's third round at Suzuka - after making contact with the #30 apr Toyota GR86 at Sugo.

Katoh, who scored victory at Sugo along with Inging teammate Yuui Tsutsumi, earned his single penalty point (having already picked up three prior) for contact with the #48 NILZZ Nissan GT-R NISMO GT3, something for which he escaped with a black-and-white flag in the race itself.