Nissan says it is not yet ready to give up on its SUPER GT championship aspirations for 2021 despite its hopes taking a severe setback last weekend with engine problems for two of its cars.

After a podium lockout for GT-R crews in the previous race at Suzuka, the #3 NDDP/B-Max crew of Katsumasa Chiyo and Kohei Hirate were the highest-placed Nissan drivers in the championship in fifth, only 12 points away from Honda's series leader Naoki Yamamoto.

Chiyo and Hirate looked well-placed to challenge for another podium at Sugo on Sunday, running in the top five in the opening stint, before an engine problem ended their charge.

With Yamamoto finishing second in the Kunimitsu Honda he shares with Tadasuke Makino, Chiyo and Hirate now find themselves 27 points in arrears with three rounds to go, and level on points with Impul pair Nobuharu Matsushita and Kazuki Hiramine, who won at Sugo.

"We had some minor engine trouble, not big trouble, but we didn’t want to take a risk, so to avoid any bigger problem so we decided to retire the car," explained NISMO COO Motohiro Matsumura to Motorsport.com.

"There is no problem with the hardware, just on the control side we were not getting stable data. We have to investigate, but I think it won’t be a big problem [going forward]. But it’s very unfortunate for us."

The #23 car had already taken its second permitted engine of the season after its engine blow-up in May's Fuji 500km, but the decision was made to take another fresh unit after qualifying at Sugo during routine maintenance. 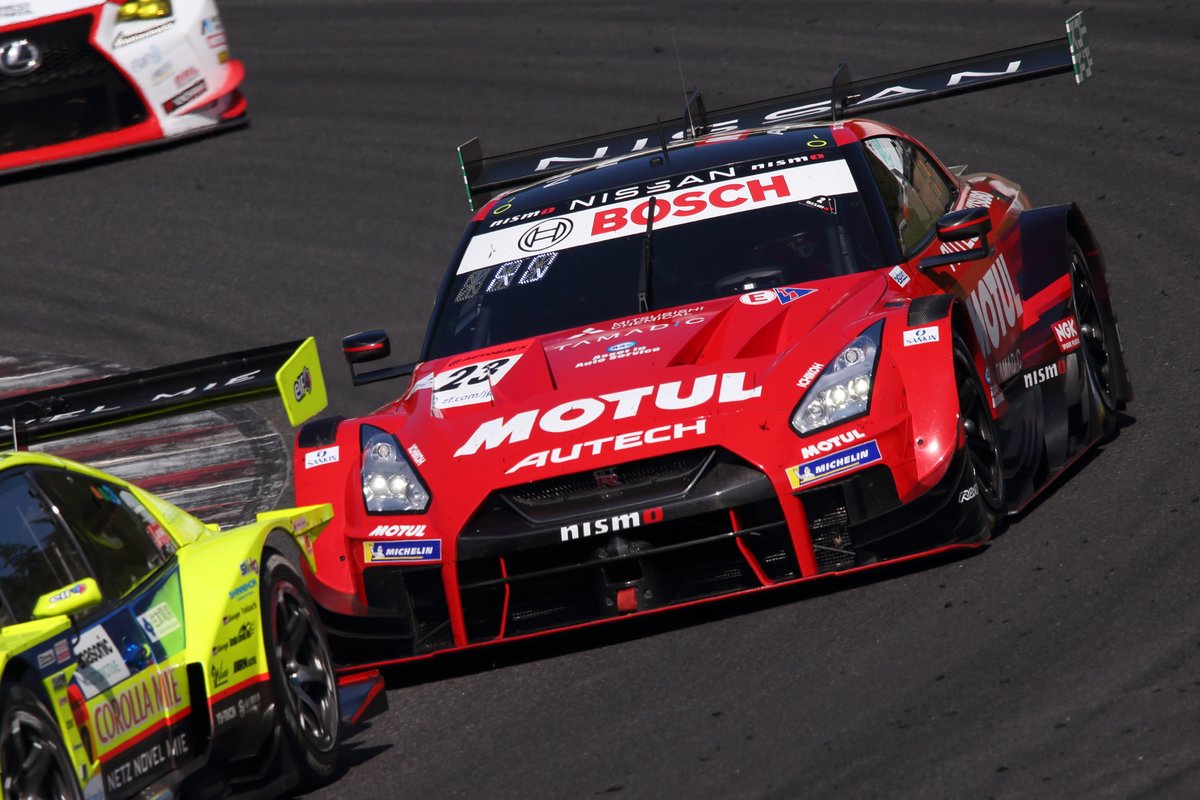 Seventh for Quintarelli and Matsuda at Sugo leaves the pair 29 points down on Yamamoto in the standings - compared to 22 points at the same stage of the season last year.

On the #23 car's recovering to score points after its penalty, Matsumura said: "It’s a bit lucky [owing to other cars' retirements], but the car showed very stable performance after the penalty stop.

"The tyre matching was not perfect but the laptimes were not so bad. The fact they could still finish on the lead lap is very encouraging. And I think the data we gained here could be very useful for the next race at Autopolis."

Matsumura admitted that Nissan's hopes of still challenging Honda and Toyota rest on a strong showing next month at Autopolis, another track that returns to the calendar after a two-year absence.

"In 2014, we dominated the podium, so basically the GT-R is a good match for Autopolis," said Matsumura. "But we are not sure [how competitive we will be] because we haven’t been there in two years.

"That’s why I can only be 50 percent confident, because a lot of things have changed compared to two years ago [the last Autopolis race].

"If we can do well at Autopolis, which is a friendly track for the GT-R, we still have a lot of opportunity to challenge [for the championship]. We are watching closely the result at Autopolis."