SUPER GT drivers fear they could face a "huge disadvantage" to their DTM counterparts after hitting the track for the first time ahead of this weekend's Hockenheim DTM finale.

The three wildcard entries from Nissan, Honda and Lexus completed two hours of running at the German track on Thursday, marking their first real opportunity to test the Hankook tyres they will run in the race.

Both Jenson Button and Nick Cassidy had previously raised their apprehensions about parity between the two series, and the two drivers are adamant that it may take more track time before they can develop a full understanding of DTM’s spec tyre.

“It’s going to be tough because it’s wet,'' said reigning GT500 champion Button, who will pilot the Kunimitsu Honda in both races. “We tested yesterday and the circuit was very green.

“I think the laptimes were OK, I mean way off of qualifying lap times earlier this year at Hockenheim, but we don’t know the improvement of a race weekend with the circuit gripping up. There are only three cars running.

“We’re trying to get the tyres working which is a big thing, I don’t think any of us are there yet with the tyres.

“I wouldn’t say we’re quicker than a DTM car, we do have, when you look at the car, more technically advanced in terms of the aerodynamics and what we are allowed to and that’s not showing on the track.

"I think the inexperience with the tyres outweighs the downforce benefits of a Super GT cars, which is great because it makes the racing good and I feel if we were out with the DTM cars yesterday, we wouldn’t have been quicker than them and maybe today we could have caught up.”

Cassidy, who will share the TOM’S Lexus with Ryo Hirakawa, added: “I think the disadvantage is huge and they should help us out!

“Look, I don’t know. You don’t know anything until we run together in the same track conditions but as Jenson said, with today and the weekend being wet it makes it difficult to judge the performance. That’s always going to be a difficult situation."

Button, who thrived in wet conditions at the previous race at Okayama, believes rainfall in Friday practice will make it even trickier for the SUPER GT drivers to acclimatise to the Hankook tyres.

“It’s a tricky one because we want to do as well as we can but we don’t know these tyres so I’m going to be cautious on the first few laps with wet tyres to get a feel for them because it looks like the lap times on the wet tyres are really slow,” he explained.

“For us, in Japan, we are 8-10s slower in the wet than the dry, here it seems 20s-plus, so that’s a big difference for us and mechanical grip will come into play. We really need to work on the cars.”

None of the three SUPER GT cars will feature push-to-pass or DRS at Hockenheim, but both boosts will be outlawed when the two series hosts their first pair of joint races at Fuji next month. 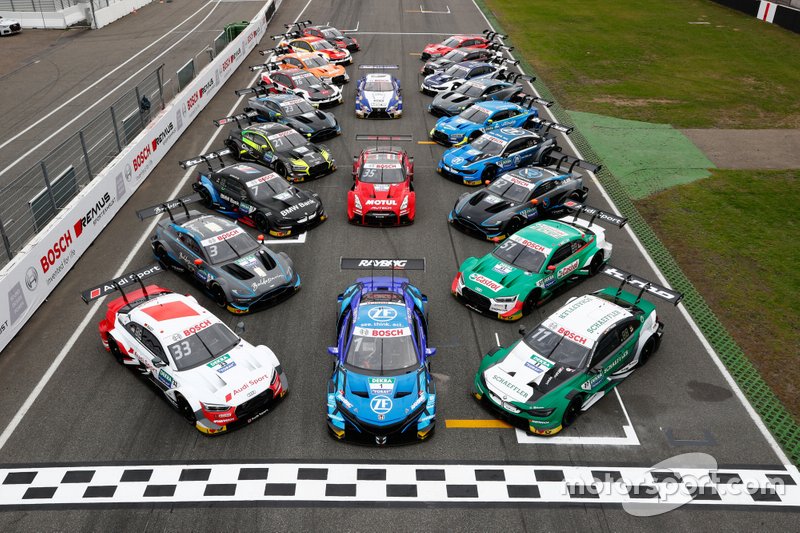