Bertrand Baguette has accepted the blame for the early pile-up that ended the Real Racing Honda team's SUPER GT title hopes at Fuji Speedway, but insists that the team lacked the pace to fight anyway.

From 10th on the grid, Baguette and his teammate Koudai Tsukakoshi faced an uphill battle in Sunday's season finale to keep their championship aspirations alive as they faced an eight-point deficit to points leader Naoki Yamamoto.

The #17 Real NSX-GT slipped backwards one place at the start, and on lap three the team's challenge collapsed entirely after Baguette got embroiled in a three-way melee with the Impul Nissan of Nobuharu Matsushita and Racing Project Bandoh Toyota of Yuji Kunimoto.

Baguette had spotted an opportunity to try and pass Matsushita on the inside of the final corner on lap 3 of 66, but with Kunimoto already on the outside of Matsushita, all three cars made contact and spun.

While Matsushita and Kunimoto were able to continue, Baguette's Honda suffered what proved to be terminal damage, although he circulated for another lap at low speed before finally pitting in.

Recalling the incident, Baguette admitted that he hadn't seen Kunimoto's Toyota but was anxious to start making progress up the field as he knew he and Tsukakoshi's hopes were already fading fast.

"We were really struggling with tyre warm-up, same as the last two races," Baguette told Motorsport.com. I lost two positions at the start to cars #19 [Bandoh Toyota] and #12 [Impul Nissan].

"Once the tyres were up to temperature, I was quicker and I was trying to overtake. I saw an opportunity in the last corner, I tried to go up the inside the #12, he closed the door quite late and I was already on the inside… there was no way to pull back from that.

"I didn’t see that the #19 was on the outside of the corner and we ended up three-wide. And of course, it didn’t work. When I attacked, I thought it was a safe move, but obviously it wasn’t!

"Race control said it was my fault and it’s my responsibility to not put myself in such a situation when we are fighting for the championship. At the same time, I knew I had to overtake quickly because all the guys at the front were pulling away… it’s a tough situation.

"Very honestly, we were struggling in the cold weather and we didn’t have the pace. If TOM’S [pair Yuhi Sekiguchi and Sho Tsuboi] won the race, we had to finish P2, and there was no way we could do that. So, no regrets about losing the championship, just sad we didn’t end the season in a better way." 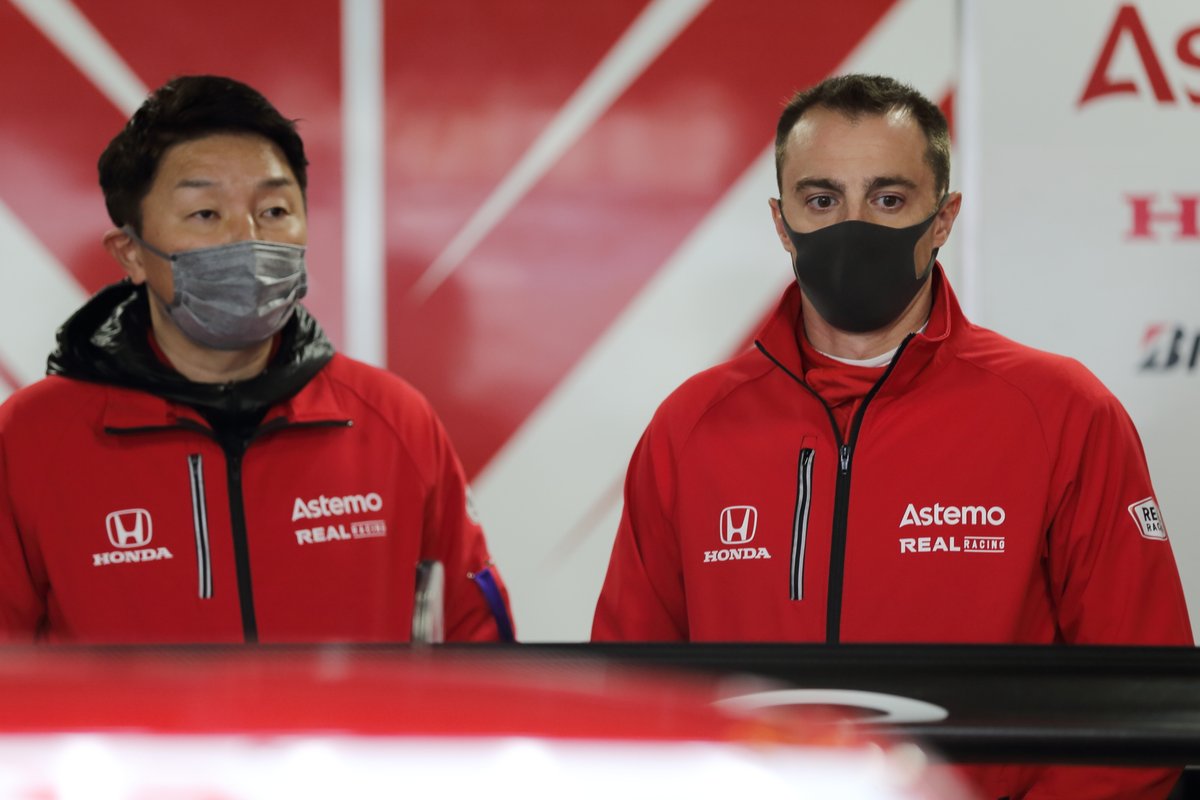 Real Racing's early exit meant Baguette watched the rest of the race as it unfolded from the sidelines, including the moment that denied Honda colleague Naoki Yamamoto a likely third championship.

The Belgian said he felt "so disappointed" for Yamamoto and Team Kunimitsu, while also expressing his disbelief that Toyota overcame long odds to steal the title away from Honda.

"It’s completely crazy," he said. "Nobody would have bet on anyone other than Honda winning the championship this weekend and it happened. It just shows that SUPER GT is so unpredictable and anything can happen.

"Toyota was stronger this weekend, but Naoki was still in position to win the championship. The #8 [ARTA] car and us, we were just a bit too slow. Something outside of Honda’s control happened and they lost the championship. That’s how it goes sometimes, nothing we can do about it."