Dandelion Racing super-sub Ukyo Sasahara set the pace on the opening day of Super Formula pre-season testing at Suzuka, as Giuliano Alesi was handed his first test outing by TOM'S.

Sasahara, filling in for the recovering Tadasuke Makino for this test, set his best time in the dying stages of the two-hour morning session, a 1m36.805s.

That was enough to put him just over a tenth of a second clear of Dandelion teammate Nirei Fukuzumi, albeit some way off the 1m34.533s effort set by reigning champion Naoki Yamamoto in last year's Suzuka round with the help of tyre warmers.

Sasahara's morning time narrowly stood as the quickest of the day after a late flurry of improvements in the afternoon session. 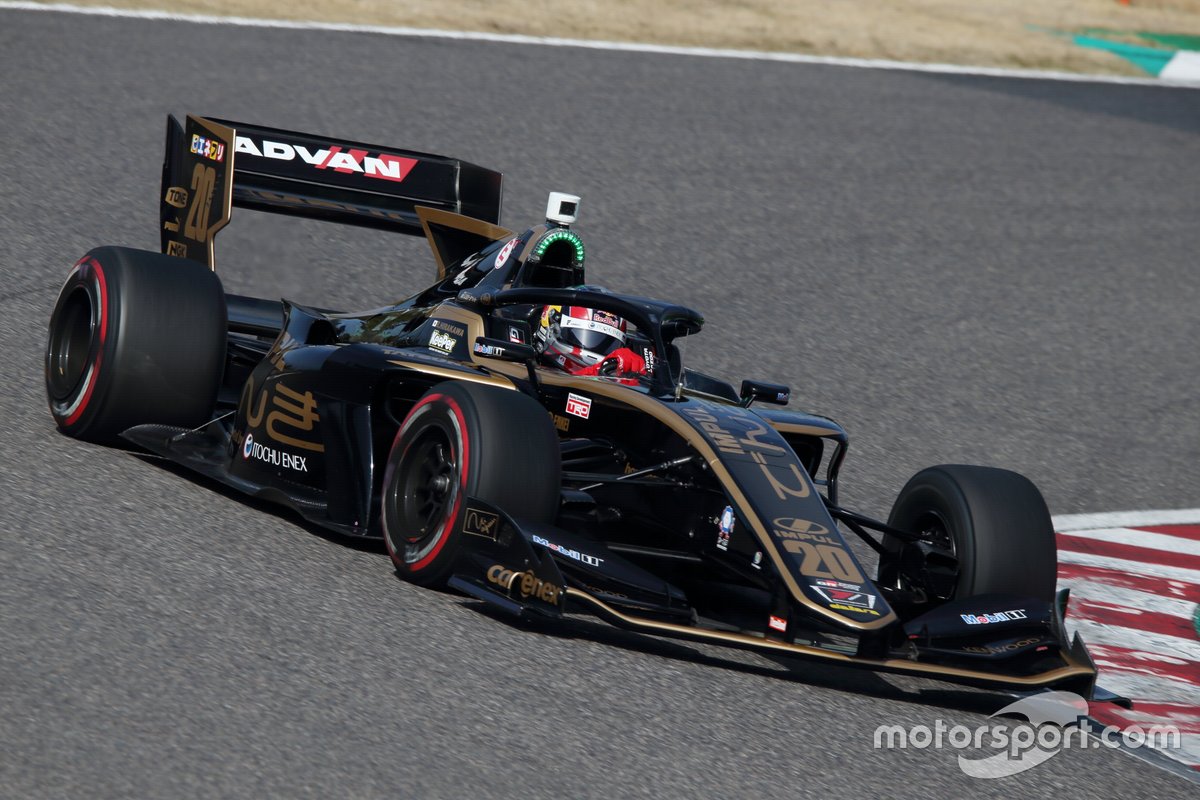 Ryo Hirakawa in the second of the new-look Impul cars was just under another tenth behind, slotting in fourth on the combined timesheets, ahead of Toshiki Oyu (Nakajima Racing).

Oyu had appeared to be on course to threaten Sasahara's time in the morning, only to be thwarted by a last-minute red flag after Hirakawa went off at Dunlop corner.

Sena Sakaguchi was best of the rookies in sixth for Inging, followed by Nick Cassidy's replacement at TOM'S, Ritomo Miyata.

Tomoki Nojiri (Mugen), Sho Tsuboi (Inging) and Kazuya Oshima (Rookie Racing) completed the top 10, the last-named not improving on his best time from the morning.

Yamamoto had a low-key day for his new team Nakajima Racing, ending up 13th overall on the strength of his best morning time and completing the fewest laps of anyone in the second session (15), losing out on the chance to do a qualifying simulation.

Alesi, filling in for the absent Kazuki Nakajima at TOM'S, was 15th-fastest and around 1.4 seconds off the pace on his first day at the wheel of a Super Formula car.

The Frenchman had a busy day as he also drove in the Super Formula Lights test session that took place between the two periods of Super Formula running, setting the third-fastest time behind Teppei Natori (B-Max) and his TOM'S stablemate Hibiki Taira.

Alesi had an off at Spoon Curve in the morning around the same time as Nojiri's car came to a stop exiting Degner, causing the first red flag of the day.

SF Lights regular Kazuko Kotaka was 17th-fastest on his first day driving a Super Formula car for KCMG, where he is standing in for Kamui Kobayashi, while Tatiana Calderon propped up the order for Drago Corse, a little under three seconds off the pace.