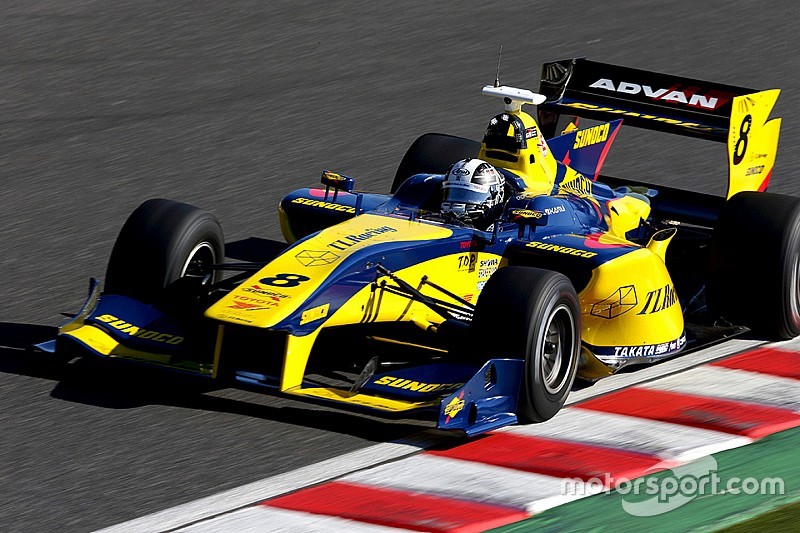 Ex-Formula 1 driver Kamui Kobayashi believes the Japanese Super Formula series he competes in currently is severely underrated in terms of its competitiveness.

Kobayashi finished fifth in his debut season in the championship last year and will continue to race in in 2016 alongside his commitments in LP1 with Toyota.

“The racing in Super Formula is of a really high level," Kobayashi told Motorsport.com. "Quite a lot of people underestimate how competitive the racing is.

“One small mistake can really cost a lot results-wise, laptime-wise and position-wise.

"So you always need to be a hundred percent, which is good to keep drivers strong. You have some really high-level guys in there.

“Also the car is really fast. Not in a straight line, but the cornering [speed] is really fast. At the last test at Suzuka we did a 1m36s, which is pretty much what some of the F1 teams would do.

"And the fighting is really intense. We have four or five cars fighting for pole position in every qualifying, which is really challenging for a driver.”

Lack of track time a challenge

Asked if the racing Super Formula might be even better than in F1, Kobayashi answered: “It depends on how you look at it. But I have to say, as a driver, you feel a big challenge.

"It's a difficult series, actually. There is not a lot of track time. You have one hour of practice, qualifying, race and that’s it. That’s a big challenge, but it’s like that.

"The only thing there’s not a lot of is overtaking. That’s the only problem. But how the drivers are fighting in a very strong way is really quite exciting, I tell you.”

Kobayashi, who spent most of his career racing in Europe, is hopeful that he can improve on the fifth place he achieved in Super Formula last year now he has more experience of Japanese circuits.

“I had a couple of problems [in 2015]”, Kobayashi said. “But I think I did quite well last year, because I didn’t know many of the tracks.

“So in practice I was only 20th or something like that and then I always came back in qualifying quite well. Without experience it’s really difficult, but still I had a pretty good season.

"I’m quite confident for this year. I know the tracks and I know what I need to do." 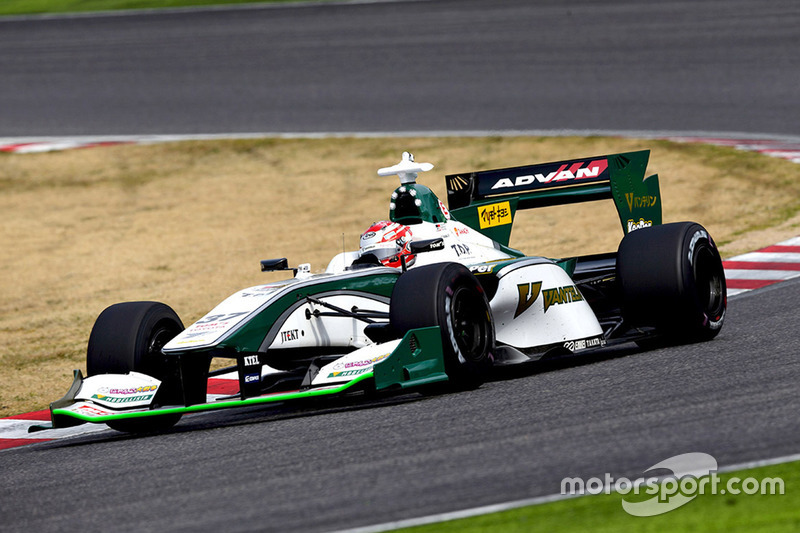 The 2016 edition of the Super Formula series will see a marquee arrival in McLaren protege and reigning GP2 champion Stoffel Vandoorne.

“I think he can be strong," Kobayashi said about Vandoorne. “But I don’t think that for the moment he's going to be really strong.

"Why? Because he doesn’t know the tracks. And I know how difficult that is.

“But this year, he’s lucky. We have one more set of tyres and one more hour of practice, so two hours in total. So this is where he is a bit lucky.

"Last year it was really tough. You had no new tyres until qualifying. You always had to drive practice with old tyres from the last event. You put on new tyres in qualifying straightaway and you are in a completely different world.”

“It was really bad. You only had three sets of new tyres. But you have qualifying 1, qualifying 2 and qualifying 3, for all of which you need new tyres to fight. So if you used new tyres in practice, you were dead.

“But this year you get four sets, luckily, and one more hour of practice. So that’s much better than last year.”

Kobayashi insists he didn’t consider quitting the Japanese series after getting the LMP1 drive with Toyota.

Toyota LMP1 teammate Kazuki Nakajima also races in Super Formula, as does Audi driver Andre Lotterer, who has recently said the Japanese series should be a route to Formula 1.

Super Formula should be a route to F1 - Lotterer